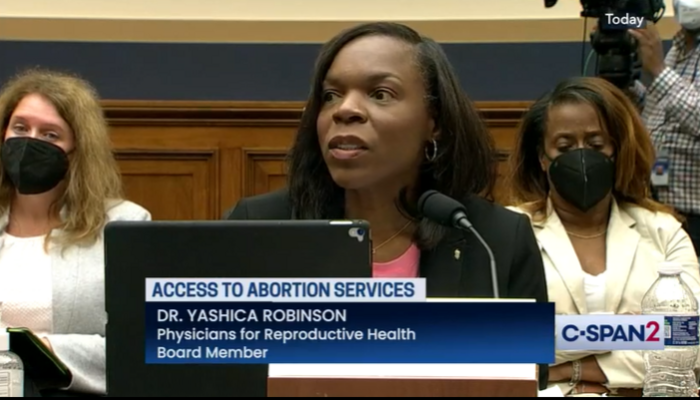 Congressman Jerry Nadler and the Democrats on the House Judiciary Committee organized a hearing on May 18 with the provocative title “Revoking Your Rights: The Ongoing Crisis in Abortion Care Access.” They and their abortion-advocate expert witnesses warned of a dystopian post-Roe v. Wade landscape. One witness even called it “the coming of the New Jane Crow” for women of color.

But the hot video clips burning up social media were Republican questions for the abortion doctors. This might explain why you couldn’t find any mention of this hearing on ABC, CBS, or NBC morning and evening news programs. The “PBS NewsHour” aired a long, fairly balanced report on the abortion debate in Pennsylvania, but nothing on the House committee.

Some might disparage these questions as stunts. How dare they ask what a woman is….again. Rep. Dan Bishop of North Carolina asked abortion advocate Aimee Arrambide this, and she answered “I believe that everyone can identify for themselves.” Bishop followed up: “Do you believe then that men can become pregnant and have abortions?” She said “yes.”

Rep. Mike Johnson of Louisiana also grilled Arrambide. He argued that it is not lawful and morally acceptable to take the life of child at ten, so “what is the principal distinction between the human being that is two years old, or nine months old, or an hour old, than one that is eight inches further up the birth canal in the uterus?”

Arrambide let the question hang in the air, like she couldn’t believe she had to answer this impertinent question. Then she stuck the feminist landing: “I trust people to determine what to do with their own bodies. Full stop.”

This is the same arbitrary whim that Whoopi Goldberg proclaimed when she was asked on The View when life begins, and she angrily replied “It doesn’t matter when you think it is!” and “I don’t have to tell you!” The woman decides whether she’s carrying a human life. It’s not Science, it’s an unwavering “right to choose.” 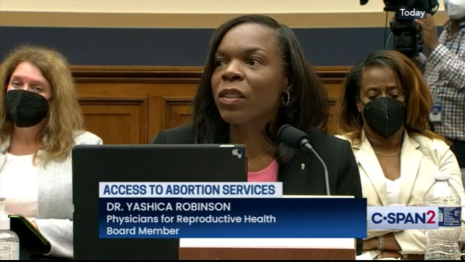 When they choose an abortion in the middle of pregnancy, that’s an ugly, messy business. But you’re not allowed to say that. Rep. Chip Roy of Texas questioned abortionist Yashica Johnson about the latest in a pregnancy she had performed an abortion. She said the legal limit in Alabama was 20 weeks. Roy then asked “Have you had baby parts that you’ve had to discard or store in some capacity? Legs? Arms?”

It’s “inflammatory” to describe an abortion as a dismembering activity. You’re supposed to hide it behind euphemistic lingo like “abortion care.”

A Mother Jones article probably resembled the average liberal-journalist take on these exchanges. The headline was “Imagine Dealing With This Many Condescending Anti-Abortion White Men and Not Losing Your S–t.” Abigail Weinberg denounced the “ignorant and offensive questions, not to mention disinformation, from a certain cohort of white male Republicans.”
Their questions were “just too absurd and hateful,” “preposterous,” “dripping condescension” and showing “immense disrespect.”

Nothing shows more immense disrespect than an abortion doctor shows an unborn baby. But Weinberg concluded with bravado: “It looks like women can’t expect certain men to start treating them as humans anytime soon.”