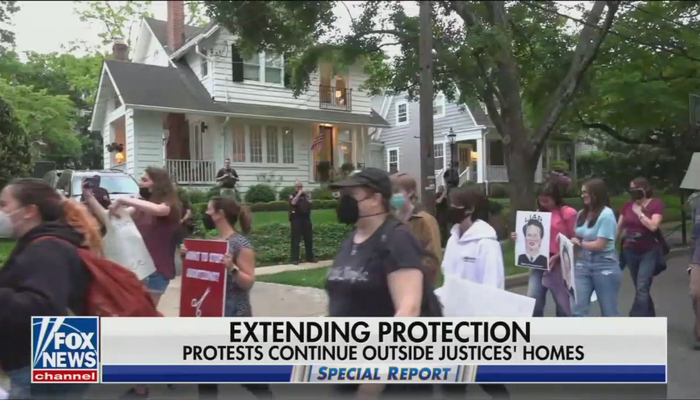 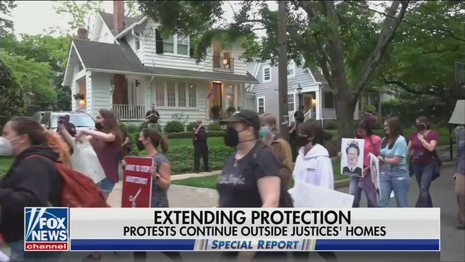 On Thursday, The Washington Free Beacon’s senior investigative reporter Joseph Simonson reported that “A New York Times opinion writer urged the pro-abortion activists protesting outside the house of Supreme Court justice Brett Kavanaugh to escalate their illegal protests.” He explained that Times writer Lindsay Crouse “said in a May 8 tweet that protesters should target the Chevy Chase Club because that way, she said, their cries ‘will reach not just Kavanaugh but also Justice Roberts — both are members.’”

“She deleted the tweet, but only after it elicited praise from activists who shared the address of the club across the platform,” Simonson noted. He pointed out how Crouse likely violated the paper’s own policies: “Times guidelines bar staff from ‘posting anything on social media that damages our reputation for neutrality and fairness.’ Crouse’s posts come just over a month after the paper’s executive editor, Dean Baquet, issued a memo to staff pressing them to spend less time on Twitter and said its extensive use would ‘damage our journalistic reputations.’”

Read the full article at The Washington Free Beacon.