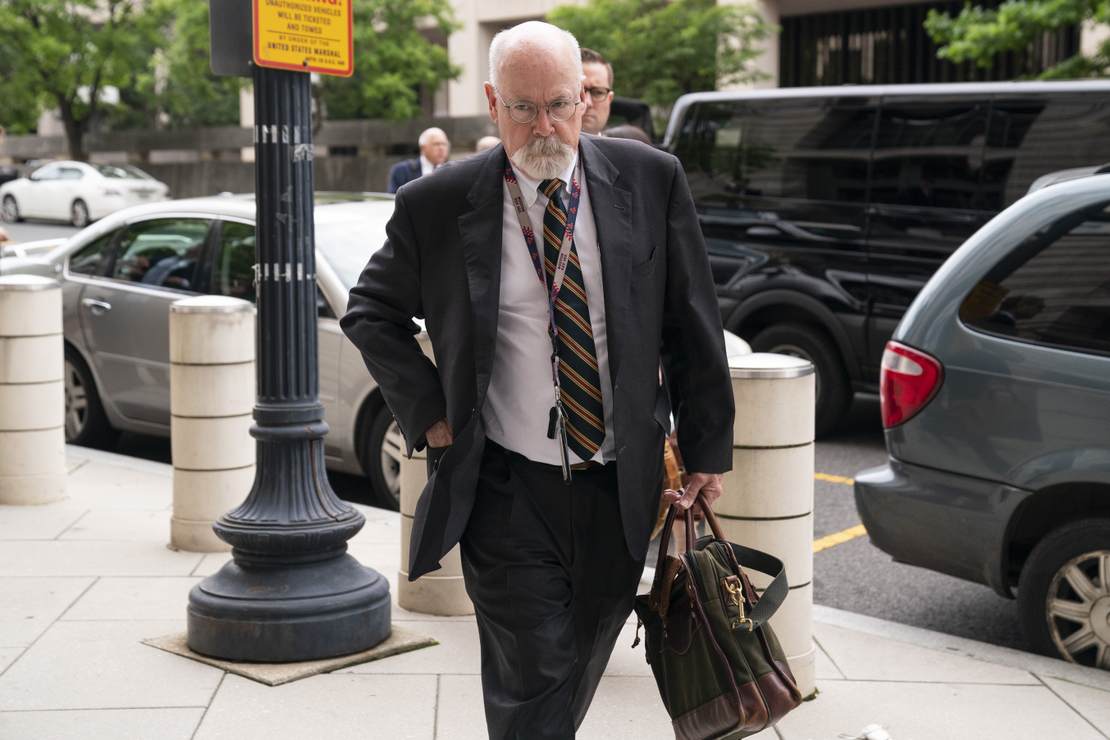 Special Counsel John Durham’s case against former Clinton lawyer Michael Sussmann appears to be going very well, despite the apparent stacking of the jury with anti-Trumpers.

Sussmann is accused of lying to the FBI by bringing the agency bogus dirt on Donald Trump and claiming to have acted as a concerned citizen rather than on behalf of a client. Sussmann told the FBI that Trump had a secret communications channel with the Kremlin via Alfa-Bank. However, FBI agents found no evidence that such a channel existed.

Sussmann’s lawyers claimed that the charges against their client were false and that they were made based on an unsubstantiated verbal statement.

“The Special Counsel has brought a false statement charge on the basis of a purported oral statement made over five years ago for which there is only a single witness, [F.B.I. official James A. Baker]; for which there is no recording; and for which there are no contemporaneous notes by anyone who was actually in the meeting,” Sussmann’s lawyers alleged at the time.

On Thursday, Baker testified at Sussmann’s trial and revealed that he was “100% confident” Sussmann told him that he was acting alone and not on behalf of a client when he delivered the phony Trump-Russia claims.

According to a report by the New York Times, Baker “offered a detailed account of their meeting,” and Baker testified that he would have “made a different assessment” if he had known Sussmann had approached him on behalf of Trump’s opponent, Hillary Clinton.

“It would have raised very serious questions” about “the credibility of the source,” Baker said.

Baker testified that Sussmann told him that “he was coming to see me as a good citizen,” and because he was a friend and a former colleague, Baker “believed it and believed the statement was truthful.”

Text messages from Sussmann to Baker also confirm that Sussmann claimed not to be representing a client.

“Jim – it’s Michael Sussmann. I have something time-sensitive (and sensitive) I need to discuss,” Sussmann texted. “Do you have availibilty [sic] for a short meeting tomorrow? I’m coming on my own – not on behalf of a client or company – want to help the Bureau. Thanks.”

Baker also testified that he wouldn’t have taken the meeting if he had known that Sussmann had been representing Hillary Clinton.

“We look at the identity of the source of information and make an assessment of the reliability and credibility of that information,” Baker explained. “We would have looked at it differently. We would have taken more time with it. We would have subjected it to more scrutiny.”

“I was willing to meet with Michael alone because I had high confidence in him and trust,” Baker added. “I think I would have made a different assessment if he said he had been appearing on behalf of a client.”

This particular piece of testimony is absolutely critical to Durham’s case because Sussmann’s lawyers have contended that who Sussmann was representing was inconsequential.

“The defendant’s false statement to the FBI General Counsel was plainly material because it misled the General Counsel about, among other things, the critical fact that the defendant was disseminating highly explosive allegations about a then-Presidential candidate on behalf of two specific clients, one of which was the opposing Presidential campaign,” Durham explained.

Baker’s testimony proved Durham was right: if Sussmann hadn’t lied, it would have changed everything.

Missouri becomes first state to make abortion illegal after SCOTUS ruling
The View Warps The Great Resignation With Push for $26 Minimum Wage
At Least a Dozen Nations Are on the Verge of Economic Collapse
We Can’t Trust Polling on the Jan. 6 Committee
NY Times Flatters Young, Disruptive Enviro-Nuts Getting in Face of World Leaders