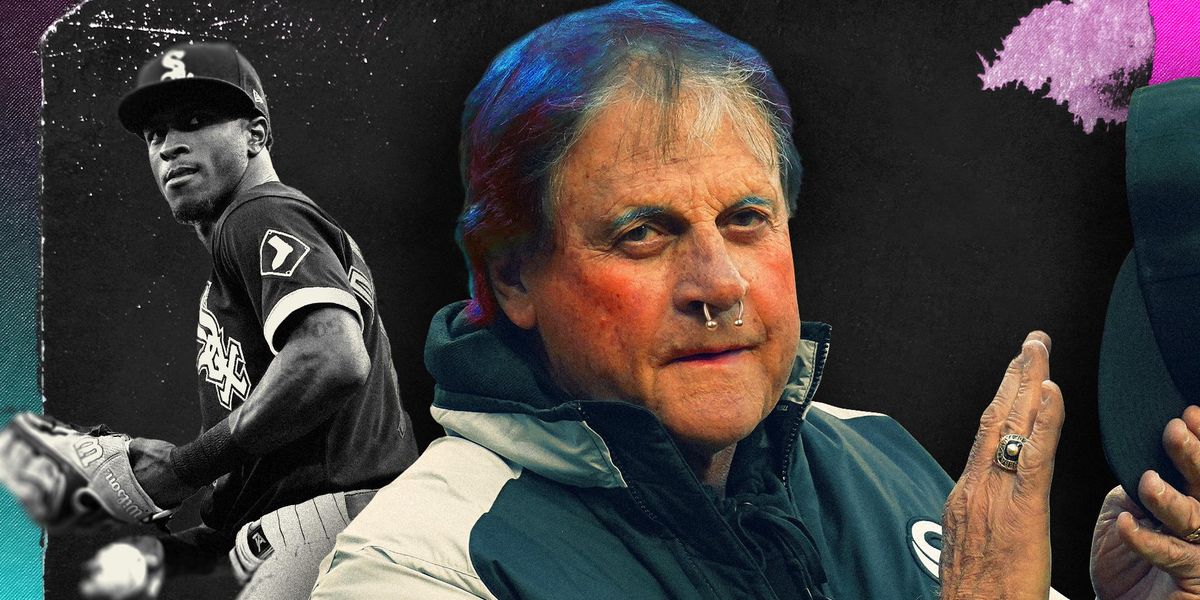 The legendary 77-year-old baseball skipper and best friend of Bob Knight and Bill Parcells has apparently bowed to the social media social justice winds and reinvented himself as a “groomer.” He’s overseeing the transition of the Chicago White Sox into a sixth-grade girls’ softball team.

Adhering to leftist custom, Chicago’s lone African-American player, Tim Anderson, volunteered to be the first major-leaguer to sacrifice his stick and balls.

Saturday night, Anderson erupted in anger and emotion because a member of the New York Yankees, Josh Donaldson, trolled him with the nickname “Jackie,” a reference to Hall of Famer Jackie Robinson. Three years ago, in a Sports Illustrated interview, Anderson analogized himself to the baseball pioneer who integrated Major League Baseball in 1947.

Anyone remotely familiar with sports culture isn’t surprised that Anderson’s opponents would use the analogy to rib the shortstop. La Russa has been involved with professional baseball for 59 years. He made his major league debut in 1963 with the Kansas City Athletics. An infielder, La Russa is acutely aware of the kind of banter players use to get inside the head of an opponent.

“Jackie” is quite possibly the tamest insult ever uttered on a baseball diamond, football field, basketball court, soccer pitch, or hockey ice. La Russa compared it to one of the worst.

So, of course, Anderson overreacted to Donaldson’s harmless jab. The race card justified Anderson’s blowup, put Donaldson on the defensive, and summoned Major League Baseball to launch an investigation.

I’d love to know what exactly the league is going to investigate. Donaldson copped to calling Anderson “Jackie.” Donaldson said it’s not the first time he’s done it.

What needs to be investigated is the public mutilation of Anderson’s genitals. Three years ago, in the Sports Illustrated article where he compared himself to Jackie Robinson, Anderson proudly boasted about calling Royals pitcher Brad Keller a “weak-ass, f***ing n***er.”

Anderson received a one-game suspension for that derogatory attack. Keller is white. I’m sure the light discipline given to Anderson for that bit of racism caught the attention of many white major league players. Anderson’s defiance surely registered, too.

It’s also difficult to miss Anderson’s delusion and/or racial dysphoria. In the Sports Illustrated piece, Anderson and the writer, Stephanie Apstein, insinuated that Band-Aid is racist because it doesn’t make Band-Aids in Anderson’s skin tone.

Sometimes the indignities are smaller. After the Royals series, he tore up his left thumb sliding into second in Detroit, so he dug around in the team first-aid kit until he found a one-inch dot the color of flesh – someone else’s flesh. “That’s small,” he says. “We got bigger problems.” But it is symbolic of his place in his sport in 2019. Anderson plays a white man’s game, and he plays it in a white man’s Band-Aid.

I wouldn’t call Anderson “Jackie.” I’d call him “Band-Aid” or Karen. He thinks – or they think – his purpose in life is to be a racism hunter. Racism and victimhood hunting are the new path to stardom. It’s “Star Trek.”

“Race: the final frontier. These are the voyages of the racism Enterprise. Its Black Lives Matter mission: to explore strange, inconsequential interactions. To seek out new racism and victimhood. To boldly go where no real man has gone before!”

No real man wants to be a victim. But the left has convinced black men there’s no higher form of black humanity than being a damsel in distress.

Instead of Tony La Russa telling Anderson to calm down, act like a man, there’s no crying in baseball, and sticks and stones may break my bones but words will never harm me, La Russa baited Anderson to act like a b***h.

That’s the prevailing message to all men. But black men are the lab rats of the emasculation movement. We’re the first to surrender our stick and balls. We’re the belles of this ball. Everyone knows it. We’re mocked in popular culture. In “Game of Thrones,” everybody was fighting for power except a group of ball-less black men called “The Unsullied.” Tim Anderson is Grey Worm.

He snapped because his feelings got hurt when little Joshy called him “Jackie.” La Russa and members of the White Sox consoled little Timmy Anderson, claiming “Joshy was ray-cess.”

Black men are perceived to be that fragile and that unstable. No one can tell us the truth and no one can criticize our behavior.

In a story where he defends calling an opposing player a “weak-ass, f***ing nIIIer” and insinuates that Band-Aid colors are racist, Tim Anderson compared himself to Jackie Robinson.

The jokes write themselves. Anderson is a talented baseball player with the mental capacity of an 8-year-old girl.

You know why he’s that weak and stupid? Because the world constructed by the left rewards him for being that weak and stupid. It has nothing to do with his skin color. Jackie Robinson had the exact same complexion. Robinson lived during an era when the world rewarded men for their intellect, emotional control, and strength.

Weak old men like Tony La Russa are too afraid to do anything about it. At age 77, with millions of dollars in the bank, La Russa would rather collect another check grooming men for castration than take the risk of telling Anderson – or any black man – to man up.