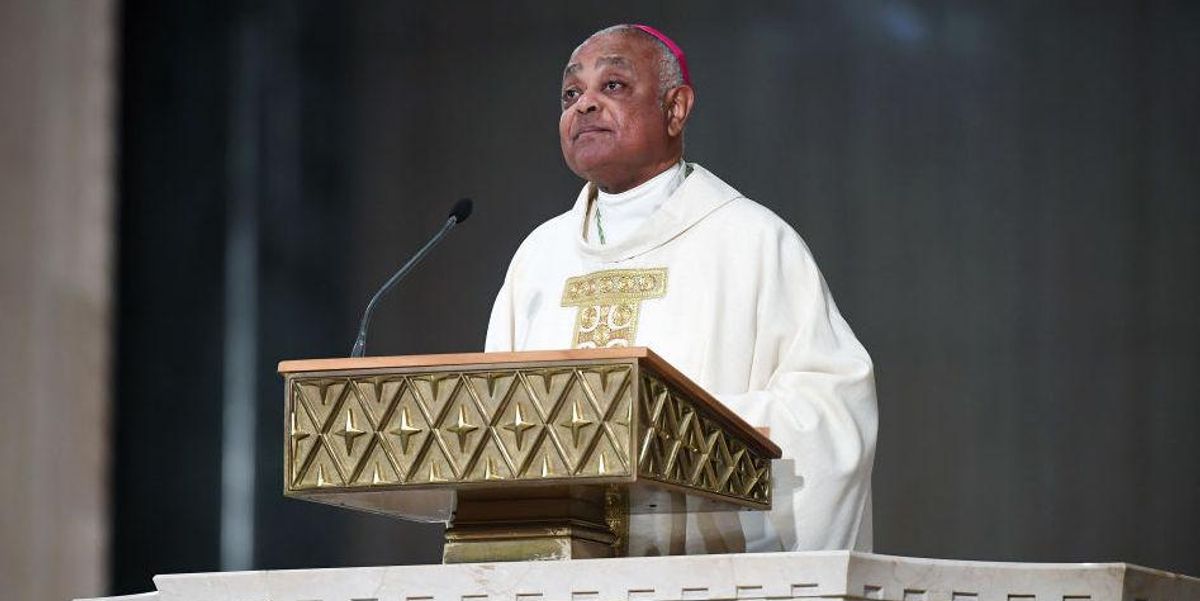 Cordileone explained in a “letter to the faithful” that he came to the decision due to Pelosi’s increasingly “extreme” pro-abortion ideology.

On Monday, the Washington Examiner contacted the archdiocese that governs the nation’s capital and received a message meant for internal communication showing the archdiocese was ignoring inquiries about Pelosi.

“Just sharing for you to know what comes in,” the email stated. “Email since Saturday, when I last checked the comms inbox has just been a couple of random people wanting to tell the Cardinal to bring down the hammer on Pelosi. Aside from Jack Jenkins at RNS, this is the only new media inquiry. It will be ignored, too.”

The email was sent from the archdiocese’s communications department.

In follow-up exchanges, a spokesperson for the Archdiocese of Washington said the archdiocese was ignoring media inquiries because the position of the archbishop, Cardinal Wilton Dalton Gregory, has not changed since he last spoke about the issue.

A subsequent email from the spokesperson said:

I apologize for the mistaken email. We have not been responding to inquiries on this topic because Cardinal Gregory’s position has not changed from what he has said in the past.

Last September, Gregory implied that he does not support denying Holy Communion to pro-abortion politicians, saying that priests should not act as “police” but as “pastors.”

“We certainly have to teach the faith of the Church, we have to be true to the Church’s heritage of faith, but we also have to bring people along with us. It is not simply a matter of pointing out their errors,” he said. “That’s a part of our job, but the other part is welcoming and drawing them closer to the life of the Church, and we need to do that more effectively, more publicly.”

Why is this important?

Pelosi responded to Cordileone on Tuesday, pointing out what she believes is hypocrisy on his part.

“I wonder about the death penalty, which I’m opposed to. So is the church, but they take no actions against people who may not share their view,” Pelosi said on MSNBC.

Pelosi also described Cordileone’s decision — which is part of a pastor’s responsibility — as “very dangerous in the lives of so many of the American people” and noted that Cordileone is “vehemently against LGBTQ rights.”

Liberal author says white women in America are bad at community activism ‘and everyone knows it but them’ in a viral social media thread
Texas Supreme Court Blocks Lower Court Ruling That Allowed Abortions To Continue
Eddie Glaude Jr. On ‘Morning Joe’: Trumpist Republican Party Should ‘Literally Be Burned To The Ground’
Bitter NBC Trashes FL Bill Causing ‘Combustible’ Parents, ‘Torrent of Controversy’
Police shut down internet and ban gatherings in India after two Muslims record themselves murdering a tailor over an insult to Muhammed