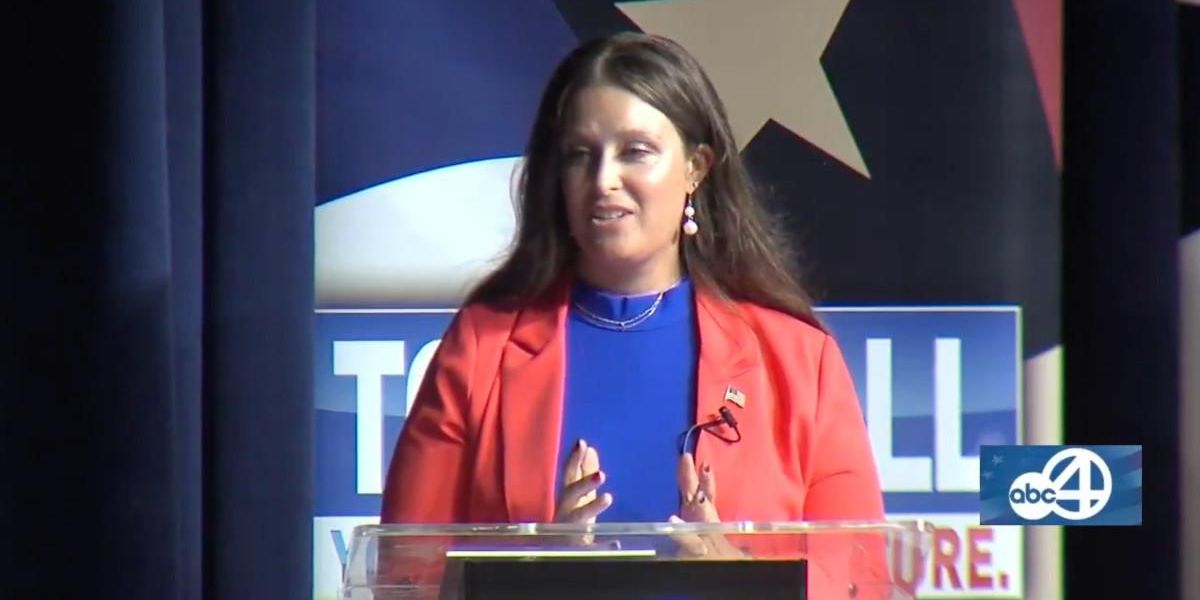 In a dramatic and unforeseen twist, a Republican candidate for Congress attempting to unseat Rep. Nancy Mace (R-S.C.) dropped out of the race and endorsed one of her rivals during a debate Monday night in Charleston.

Three GOP candidates in South Carolina’s 1st Congressional District met at Burke High School for a debate hosted by WCIV-TV, but only two remained after the first question. Lynz Piper-Loomis shocked debate watchers when she ended her campaign and endorsed her opponent Katie Arrington, who is supported by former President Donald Trump.

“The way that I would earn the votes in this district would be by endorsing Katie Arrington for South Carolina District 1 for Congress,” Piper-Loomis said before taking off her microphone, hugging Arrington, and leaving the stage as the audience cheered.

After that bizarre moment, the televised debate carried on, with Mace and Arrington each claiming to be the more conservative candidate. Whoever wins the GOP primary on June 17 will face Democrat Annie Andrews, a politician from Charleston, in a closely watched swing district that represents coastal and suburban areas near Charleston.

Mace, a first-term congresswoman who defeated Democratic Rep. Joe Cunningham in 2020, faced attacks over her vote to certify the 2020 election results and efforts at bipartisanship. Arrington, who was the GOP nominee for this district in 2018 and lost to Cunningham that year, slammed Mace for working with Democrats, who she said have “lost their mind.”

Arrington blamed Mace for rising inflation, high gas prices, and the national baby formula shortage because of her vote to certify President Joe Biden’s victory over Trump. But Mace defended her voting record in Congress, citing her support for lower taxes and saying she’s worked to “get things done” by reaching across the aisle.

“We’re really a divided country right now, and I am someone that has been very conservative forever, and am the only conservative up here on stage with a conservative voting record,” Mace said.

Liberal author says white women in America are bad at community activism ‘and everyone knows it but them’ in a viral social media thread
A Bit Much? ABC Compares ‘Brilliant’ Ketanji Brown Jackson to Harriet Tubman
NYC Nurse ‘Humbled’ To Receive Presidential Medal Of Freedom For Getting First COVID Vaccine
Remember When Joe Biden Declared ‘Independence’ From COVID Last Year?
Food inflation desperation leads to VIOLENT ATTACKS in grocery stores