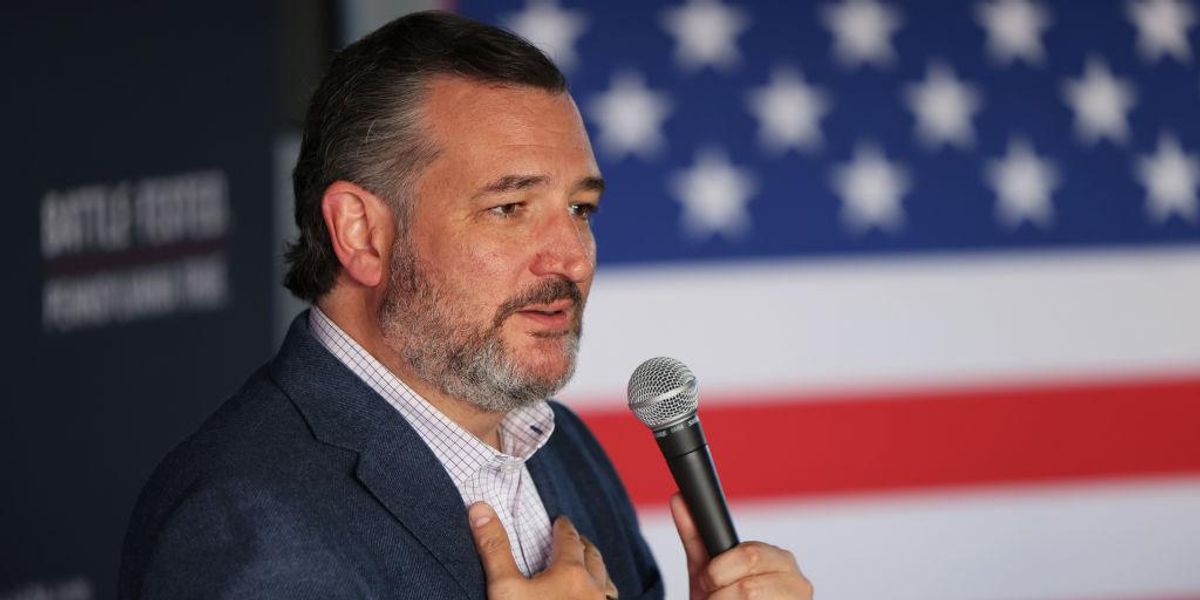 On the heels of a deadly mass shooting at Robb Elementary School in Uvalde, Texas on Tuesday, Democratic Rep. Ruben Gallego of Arizona blasted GOP Sen. Ted Cruz of Texas, calling him a “baby killer.”

“F[***] you @tedcruz you care about a fetus but you will let our children get slaughtered. Just get your ass to Cancun. You are useless,” Gallego tweeted.

Gallego made the comment in response to a tweet that quoted Cruz as saying “when there’s a murderer of this kind, you see politicians try to politicize it, you see Democrats and a lot of folks in the media whose immediate solution is to try to restrict the constitutional rights of law abiding citizens.”

“Just to be clear fuck you @tedcruz you fucking baby killer,” Gallego added in another post.

Democratic Rep. Alexandria Ocasio-Cortez of New York and others pounced in response to a tweet in which Cruz said that he and his wife were praying for kids and families in the wake of the shooting.

“Heidi & I are fervently lifting up in prayer the children and families in the horrific shooting in Uvalde. We are in close contact with local officials, but the precise details are still unfolding. Thank you to heroic law enforcement & first responders for acting so swiftly,” Cruz tweeted.

Ocasio-Cortez replied by tweeting, “Aren’t you slated to headline a speaking gig for the NRA in three days – in Houston, no less? You can do more than pray. Faith without works is dead.”

“Their blood, your hands,” George Takei declared in response to Cruz’s tweet.

Rob Reiner took to Twitter after the mass shooting to blame the GOP for children being killed by guns. “The blood of every child that dies of gun violence in this country is on the hands of the Republican Party,” Reiner tweeted.

Democratic Rep. Eric Swalwell of California said that anybody who proposes additional firearms as a solution to the problem of shootings is “a sociopath.”

“We’ve had 2 decades of doing things the GOP-NRA way, maybe it’s time we tried something else because this sure as s[***] is not working and the body count is only growing. If you’re response to these mass shootings is “we need more guns,” you’re a sociopath,” Swalwell tweeted.

Can States Ban FDA-Approved Abortion Pills?
US Soccer player Megan Rapinoe is ‘100% supportive of trans inclusion’ in sports, calls opposition against inclusion ‘disgusting’
NYT Whines Zuckerberg Not Doing Enough to Censor So-Called ‘Election Misinformation’ for Midterms
Does Tiffany Cross Think 17 Million ‘Hungry’ Children Would Be Better Off Aborted?
‘Your terms are acceptable’: Liberal actor/director Ken Olin tweets, ‘In States where abortion is illegal the father should be financially on the hook at the moment of conception’