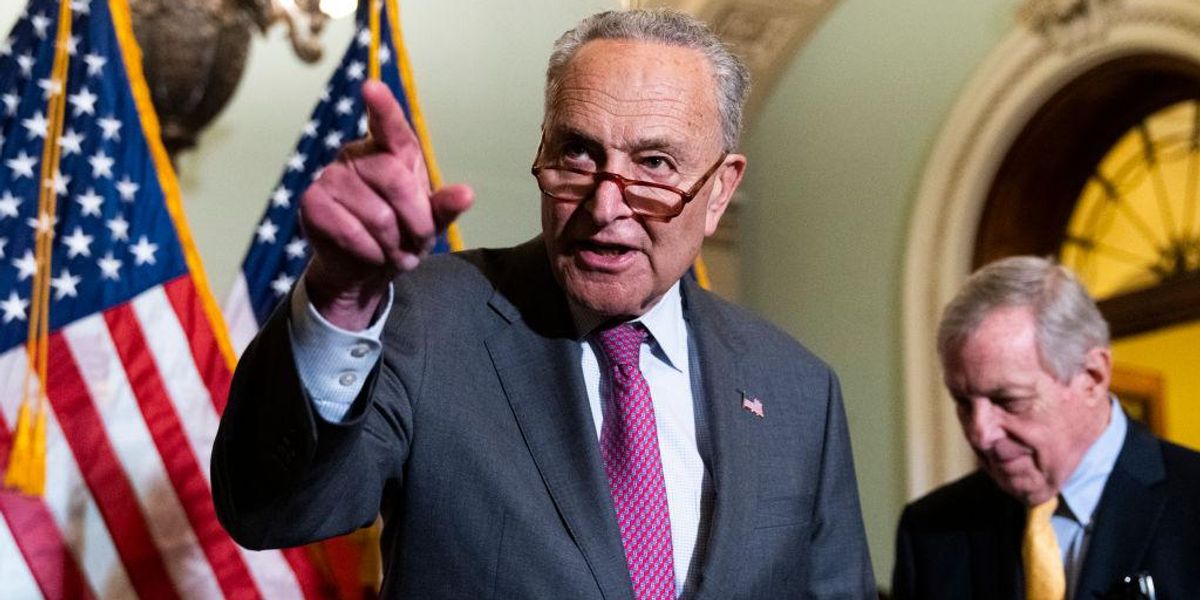 Senate Majority Leader Chuck Schumer (D-N.Y.) blocked a school safety bill introduced by Republicans but supported by members of both parties hours after chastising the GOP for allegedly doing nothing to prevent gun violence in schools.

Following Tuesday’s deadly school shooting in Uvalde, Texas, where 19 children and two adults were horrifically murdered by a disturbed gunman, Democrats have clamored for new gun control laws and accused Republicans of being complicit in the murder of children through inaction. But when Republican Sen. Ron Johnson of Wisconsin introduced a school safety bill on Wednesday afternoon, Schumer blocked it.

“GOP Sen. Johnson just tried for a bill that could see more guns in schools—I blocked it,” Schumer boasted on Twitter. “The truth: There were officers at the school in Texas. The shooter got past them. We need real solutions.”

The Democratic leader was referring to reports that a school police officer at Robb Elementary School exchanged fire with the gunman but was unable to stop him from entering the building and massacring an entire 4th grade classroom. Fox News’ Bill Melugin reported that the school officer, as well as three local policemen were injured in the shooting before a Border Patrol officer was able to kill the gunman.

However, the school safety bill Schumer blocked was not legislation that would “see more guns in schools,” as the Democratic leader claimed.

Johnson had requested unanimous consent to pass the Luke and Alex School Safety act — a bill that would codify the Federal Clearinghouse on School Safety into law. The clearinghouse is currently available at SchoolSafety.gov and provides parents and educators information and recommendations on best practices to “prevent, protect, mitigate, respond to, and recover from a range of school safety threats, hazards, and emergency situations.”

The website is maintained by the U.S. Department of Homeland Security in partnership with the Departments of Education, Justice, and Health and Human Services. Johnson’s bill would create a codified structure for the clearinghouse so it would become a permanent primary resource operated by the federal government to give best practices and recommendations for school safety to state and local school administrators. The bill would require that state and local governments be notified about the availability of this resource for schools.

Lawmakers in both parties have previously supported the bill, which was unanimously passed out of committee twice.

“There’s nothing partisan about this bill whatsoever. It’s just a good idea that could save lives,” Johnson said in remarks after reintroducing the bill. “It was such a good idea, that under the previous administration, they set up that clearinghouse. It’s up and it’s operating. So all this bill does at this point is serve as a model for what’s happening. All this bill does now is codify it to make sure this clearinghouse stands the test of time – that it will always be there to provide the best practices on school safety.”