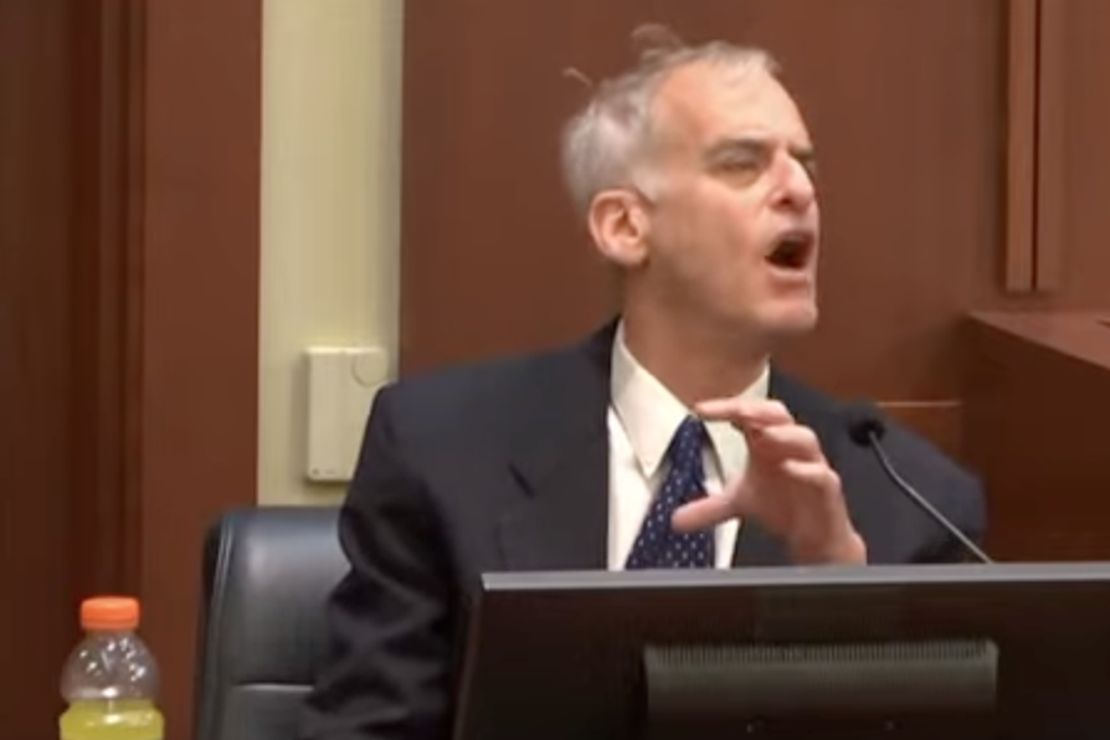 You all know how I feel about using cottage industry experts in court cases: I dislike the whole idea, especially when it comes to psychiatrists or anyone in the psychological field. Money experts or industry experts are less bothersome but still unattainable for most litigants because they cost huge amounts of money. Most people cannot pay $5,000 to $30,000 (or maybe more) for one day of testimony and an official report.

But in the Johnny Depp v. Amber Heard defamation lawsuit, it’s one expensive expert after another battling it out on the stand to make their case to the jury. I’ve never seen so many experts in one case. The sheer number of them is overwhelming, but also the extreme differences between the Depp experts and the Heard experts is hard to miss.

Let’s start with Dr. Curry versus Dr. Hughes. I wrote an entire article about these two and the problems with expert psychological testimony. But putting that aside for the purpose of this discussion, let’s just look at the vast disparities between the two. On Depp’s side was Dr. Curry, a composed, unemotional reporter who gave her findings to the court, answered cross-examination without showing any frustration or reaction, kept her responses simple and engaging, and came off as very credible. She never showed any bias against Heard. She kept her remarks general and, even when discussing Heard’s diagnosis with two personality disorders, did not get snarky or rude but kept her testimony very objective. She did not seem to be on a side.

Notice how #AmberHeard reacts and frowns when she hears “Princess”

But when Heard’s expert psychologist took the stand, it was a completely different story. For one, Hughes looked like a Disney villain, and I’m sorry but these are things Heard’s legal team should have considered. This trial is being watched all over the world. Looks matter, but Heard’s team had no problem hiring an expert who looks exactly like a bitter queen with a rude magic mirror. But worse than that, Hughes talked endlessly about “victims” and “abusers” while only referring to victims as “she” and abusers as “he.” It was so apparent, she was called out during cross-examination and was asked if men can be victims too: “Every time you referred to the characteristic of a victim of IPV yesterday, you used the pronouns ‘she’ and ‘her,’ didn’t you?” Hughes tried to weasel out of it by claiming that she was referring to just this case, where Depp is the alleged abuser, but at the time she was only speaking generally and not about either party.

Hughes also rolled her eyes and huffed at the objections and the instructions of the judge. Her behavior on the stand was super weird. Compared to Dr. Curry, Hughes didn’t measure up.

But then, Heard’s team put on another psychological expert who really freaked everyone out. This one’s name was Dr. Spiegel. His facial tics alone should have been enough to alert Heard’s legal eagles that they should move on to someone else, but they persisted and hired him to be their witness. He didn’t even comb his hair for court. At some point, someone used the phrase “splitting” hairs, and my live chat went absolutely crazy with laughter. Spiegel was chastised by the judge several times for being combative, making unsolicited comments, and just generally being crazy on the stand.

TikTok is on it HAHA pic.twitter.com/S0trtEVlwh

He was so odd and so explosive on the stand that the cross-examination was a bloodbath. His whole testimony should have been stricken after it was revealed that he tried to diagnose Depp with narcissistic personality disorder by watching his movies and TV interviews. Speigel also called Depp an “idot” during his deposition. This cross will be shown in law schools to instruct future lawyers what it looks like when you wreck a witness on the stand.

“During your deposition, what were the circumstances where you decided to call Mr. Depp an idiot?” asked Depp’s lawyer Wayne Dennison. Oof.

It got even worse when Spiegel tried to say he knew Depp is in cognitive decline from watching his movies. “I’ve never talked to him,” said Spiegel. “I saw Mr. Depp do Apology ads…I’ve seen him interact with the media regarding that.” Depp’s lawyer wasn’t having it. “You compared Pirates to the depositions given in this case.”

The doctor stuttered, “Then I apologize. I misspoke.”

Dennison continued grilling Spiegel about which of Depp’s movies he had watched to determine Depp’s cognitive function. “But Willy Wonka doesn’t matter to you?” This cross was unbelievable. You have to see it.

In comparison, Depp’s expert, Dr. Shaw, who refuted this weirdo, was a soft-spoken English gentleman who was unremarkable but strikingly professional, never reacting with any emotionalism, unlike Heard’s experts, who seem unhinged. The contrast was stunning. “Dr. Spiegel had professional opinions about Mr. Depp’s personality and he talked a lot about how Mr. Depp had narcissistic traits,” said Shaw while refuting the idea anyone could diagnose someone without evaluating them. “He had none of this information even though he came out and stated with what he described as a degree of medical certainty that Mr. Depp had narcissistic personality traits. Since he couldn’t provide any documentation [of those traits], he referred to record evidence,” like text messages, emails, etc.

Another problem Heard has is hiring experts who don’t seem to know what they are doing. The internet expert she hired didn’t get his math right, but at least he wasn’t a lip-smacking fruitcake.

Depp’s internet expert was far more convincing. His testimony was brutal for Heard. He pointed out her low Q scores and her popularity compared to other actresses. It wasn’t good for Heard. You could say #WeJustDontLikeYouAmber.

Heard called another expert who was supposed to convince the jury that she lost 100 million dollars in potential earnings due to Depp’s lawyer’s statements to the press about her behavior. Kathryn Arnold claims to be a Hollywood expert on calculating damages due to defamation. Every actor or actress she compared to Heard is way more famous and a lot younger. She even compared Heard to Jason Mamoa and Gal Gadot. Considering no one heard of Heard before this trial, it’s hard to understand how Arnold made these comparisons.

Depp’s expert to rebut Arnold was Richard Marks, a Hollywood lawyer who has been making movie deals for fifty years. This man cannot be stumped on the stand. A seasoned litigator, Marks tore Arnold’s testimony to shreds. Shreds, I tell you. Watch this. Again, this testimony should be taught in “How to Pick an Expert Witness” in law schools everywhere. It does not get better than Marks, who oozes competence and savagery. The only thing oozing out of Arnold seemed to be unpreparedness and poor research skills.

The contrast between the experts has been glaringly obvious, leaving many of us to wonder: why? Didn’t Heard’s team see the disadvantage they had with their line-up? And if they didn’t, perhaps their hourly rate is too high.

This trial is going to be talked about for years to come. The courtroom fireworks have been off the charts. Not even the Rittenhouse trial had this many interesting characters. If you want to watch the last few days as this wraps up, join me every day on YouTube where I’m live streaming the trial with lawyer co-hosts and my friend, Gadfly, who has made incredible meme songs for this trial including my new favorite, “Camille,” after Depp’s young, pretty lawyer whom everyone loves. Join us!

93-year-old homeowner shoots, critically wounds intruder after crooks kick in his door, attack him: ‘I kept telling them I have a shotgun’
Ginni Thomas Responds To The Sham January 6 Committee’s Request For Her Appearance
Texas AG launches investigation into Walmart over suspicious prescriptions and release of opioid drugs
Racist Much? NFL, Ice Cube Reach Agreement That Only Benefits Black Businesses
Following SCOTUS climate ruling, ABC News White House correspondent asks, ‘Who is going to save the planet?’