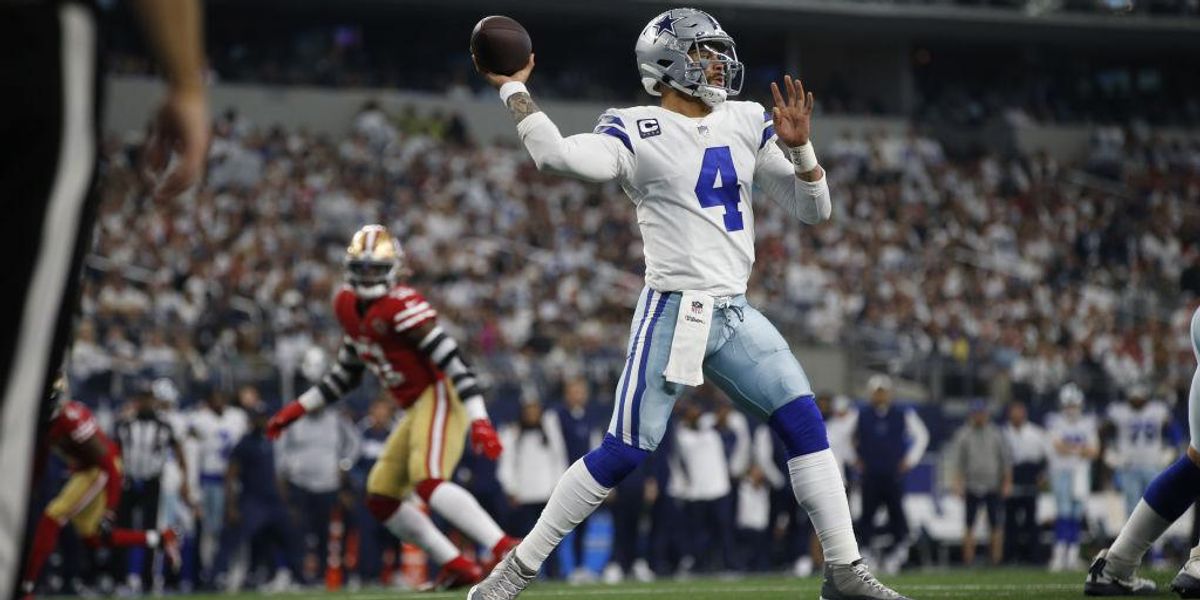 Dallas Cowboys Quarterback Dak Prescott said Wednesday that the mass shooting at Robb Elementary School in Texas has made him “fearful to have children.”

Prescott and other members of the NFL team reacted to the massacre in Uvalde, Texas, where 19 children and two teachers were slain by a disturbed gunman on Tuesday.

“I don’t know how something like that doesn’t impact everyone, I don’t care if you’re an athlete or not,” Prescott told reporters after practice. “We’re talking about children. We’re talking about the future. I mean, I don’t have kids and can’t imagine having to send my kid to school with that anxiety. Honestly, it makes me fearful to have children, and that’s not right. That’s sad.”

He spoke hours ahead of a town hall meeting in Arlington put on by his Faith Fight Finish Foundation. The event, scheduled before the shooting happened, brought North Texas community groups together with law enforcement leaders, education leaders, and mental health experts to discuss ways in which they can work together to improve the community.

Prescott said there was a lot to discuss after the Uvalde shooting, as well as the shooting in Buffalo, New York, two weeks ago where 10 people were killed by a self-described white supremacist.

“If yesterday and two weeks ago and all of what we’ve been through hasn’t been a call for each and every one of us for help, for our neighborhood and what’s going on with them individually and how we’re protecting, policing and serving one another throughout our community, something has to be done and a change has to happen now,” Prescott said.

“It’s very hard. It’s nerve wracking,” Lawrence said. “Every time I have chance to go in the locker room, I hit up my wife. ‘How are the kids? Are they home yet?’ It’s something you wouldn’t expect. But this is what we are dealing with.”

He elaborated on a social media post he made Tuesday asking how he financially supports schools that need “better security systems, security personnel and security training.”

“This is all of us. All of us are going to have to step in,” he said. “Make sure we are builder a safer work space, safer environment for us to grow in.”

Other NFL players are stepping up in the wake of tragedy. The Buffalo Bills and the NFL have pledged to contribute $400,000 to Buffalo’s East Side neighborhood and community, where the shooting took place.

Roth: 5 financial moves to make for a coming recession
Socialist Reddit group posts home addresses of Supreme Court justices, discusses hunting them down at their churches. TikTok user hint at using pipe bombs in retaliation to Roe v. Wade reversal.
‘Pastor’ Scarborough and Reverend Al Sharpton Give Sermon on Abortion
Biden Made a Big Mistake by Not Waiting to Nominate Breyer’s Successor
The post-vaccine WIPEOUT of children’s immune systems has arrived