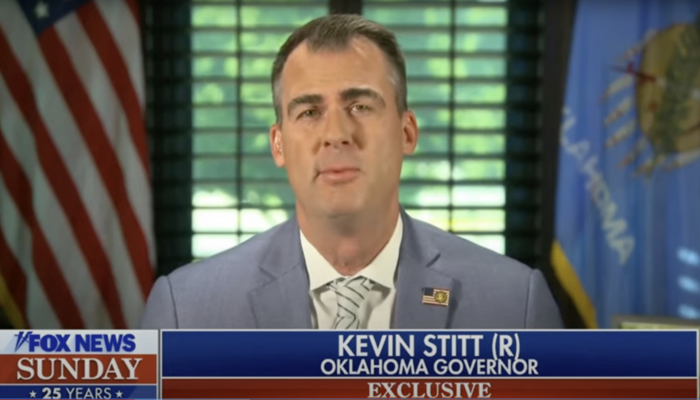 Oklahoma Governor Kevin Stitt has been popping off lately. 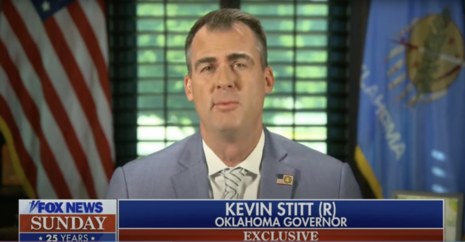 On Thursday, Gov. Stitt signed an Oklahoma abortion ban that prohibits abortion from the the moment of conception in almost all cases. This week, Stitt also signed a bill to ensure pre-k through 12th grade students use restrooms that align with their biological sex, Fox News reported today.

The fight for life doesn’t stop by banning abortion. The fight for life, especially children’s lives, is something that needs to be prioritized until those children can fight for themselves. Stitt is one of the few leaders who doesn’t ignore that fact.

The Senate Bill 615, states that all public and charter schools must provide a specifically designated bathroom for “the exclusive use of the male sex” and a different bathroom “for the exclusive use of the female sex.” The bill also provides the definition of “sex” including that it is “the physical condition of being male or female based on genetics and physiology, as identified on the individual’s original birth certificate.”

In layman’s terms, little Tommy who wants to be little Tammy must still use the Little Tommy’s room because well, he’s a boy.

The bill also suggested adding a “reasonable accommodation” for individuals who do not wish to comply. The example provided was a single-occupancy bathroom. The bill did outline the fact that opposite sex individuals may enter bathrooms if they’re a part of custodial or maintenance or to “render emergency medical assistance.” Kinda funny that those caveats had to be included but rightfully so. The left tends to attack anything and everything down to the nitty gritty just for the sake of arguing.

This seems like a common sense law but sadly, in the world we live in today, it isn’t. It’s unfortunately become a trend to encourage and indoctrinate the youth into becoming part of the LGBTQIJKLMNOP community. In Colorado, an innocent 12-year-old was told that she was queer because she couldn’t identify who she was sexually attracted to. Kids programs and books tout gay propaganda. Stores are selling rainbow-washed pride gear for infants and young kids to show their gay spirit. And schools in Massachusetts reportedly promoted the “gender transitions” of two young kids.

Last year a father in Loudoun County Virginia was arrested after calling out a school board who covered up the rape of his daughter. She was raped by a student dressed up in a skirt. Stitt’s bill aims to protect kids like this little girl who had her innocence stripped from her by a perverted kid who decided to enter the female restroom.

The fact of the matter is that kids are not transgender unless they are indoctrinated and groomed into thinking so. Parents and schools shouldn’t be teaching kids how to transition into something they’re not and little boys and girls should use the bathroom that aligns with their private parts.

Oklahoma is making great strides in fighting for American kids and this bill is just another indicator of that commitment.

ABC Deletes Tweet Claiming Jackson 1st Black Supreme Court Justice
‘They Should Do It’ Lemon Supports Dems Voting for Cheney in Primary
Russia’s deployment of Iskander missiles to Kaliningrad is major threat to NATO: Here’s why
Is Court-Packing Really Dead?
Commentary: Drag Queen Story Hour: An organization that preaches being yourself … as long as that’s what THEY want you to be