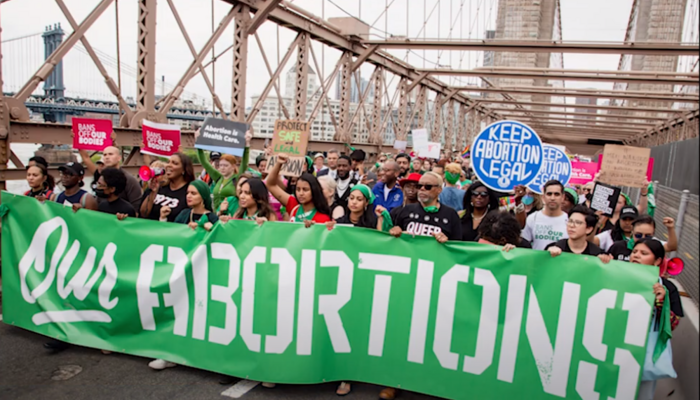 When does Teen Vogue like conservatives? When they sacrifice their principles at the altar of leftism. 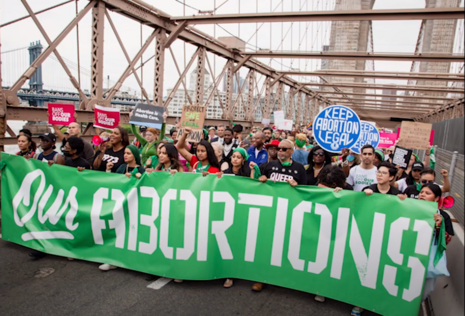 Teen Vogue writer Katrina Froelich uses her family’s bipartisan involvement in promoting abortion to justify the immoral act of abortion. Her Republican grandfather and Democrat mother both advocated for pro-abortion laws. In the wake of the possible overturn of Roe v. Wade, Katrina wants Republicans to emulate Grandad and give up their pro-life position.

She begins her defense of infanticide by framing the issue as common sense. Despite the different political landscapes they inhabited, her Republican and Democrat family members pushed for pro-abortion legislation. “Both of my relatives from different generations, upbringings, and political parties still agreed on one thing: Everyone has the basic human right to decide when and whether to have children,” she writes.

Her grandfather, a Republican North Dakotan state legislator, voted on a bill that liberalized abortion laws in the state. “I felt that women should have the opportunity to make a decision,” her grandfather explained, “You know you have 100 legislators and 95 of them are old men and they’re making the decisions, and that is absolutely not fair.”

This justification does not sound like a conservative Republican but sounds like the platitudes of the average pro-death leftist.

The defense of abortion only worsens as Katrina defends her “fierce feminist” mother advocacy. “My mom’s 30-plus years of activism included strapping my sister and me into strollers and bringing us to protest when Colorado was more red than blue. It included hours of volunteering for Planned Parenthood and serving as a director of the Colorado chapter of NARAL Pro-Choice America,” she reminisces. Charming. Unfortunately, her irresponsible mother not only groomed her child to support abortion but worked tirelessly to ensure women could slaughter their children. Now, what are the Democrat and “Republican” responses to the potential overturning of Roe v. Wade? “Both my mom and grandpa have some advice: Don’t give up. Donate. Organize. Protest,” she urges. The apple does not fall too far from the tree. If the apple is allowed to grow at all.

For most conservatives, defending the most innocent is non-negotiable. Authentic conservatives are unequivocally pro-life and understand the morality of the issue. Anybody who’d capitulate to the vapid arguments of a Teen Vogue might be a Republican, but he sure isn’t conservative.

Nonbinary teacher complains about people failing to use they/them pronouns in emails: ‘I got really, really tired of people using the wrong pronouns’
‘It Is Their Fault’! MSNBC’s Mystal Blames Supreme Court for Mass Shootings
Jen Rubin gets hammered online for claiming a state can now ‘execute’ a woman who gets an abortion
Here’s What You Haven’t Been Told About Juneteenth
San Francisco school board votes for merit-based admissions after recall of left-wing board members