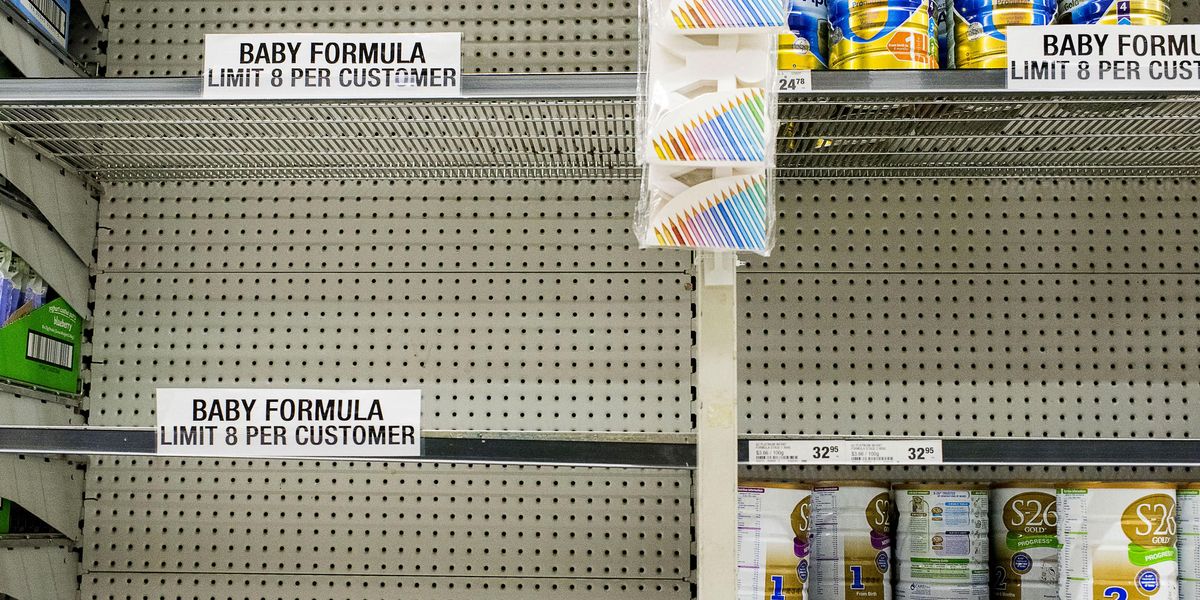 The baby formula shortage continues to grow worse as shelves grow increasingly sparse and baby formula manufacturers and the U.S. Food and Drug Administration (FDA) continue to take a barrage of bipartisan criticisms.

In April, the gathered data suggested that baby formula shortages would hit 30% before jumping to 43% in early May, indicating that the formula shortage would grow far worse before it got any better.

The Sturgis, Michigan facility of Abbott Nutrition, which is at the center of the industry-wide formula shortage, is expected to restart production on June 4. However, according to the company’s timeline, this means that formula produced during this period won’t be available for purchase until mid-July at the soonest.

FDA Commissioner Robert Califf was once again questioned by lawmakers on Wednesday in a congressional hearing regarding why the FDA took months to inspect and shutter the Abbott Nutrition facility despite learning of potential problems months before the shortage occurred.

Last fall, the FDA began zeroing in on the Abbott facility in Michigan while tracking several bacterial infections in infants who had consumed formula manufactured by the company. The four cases the FDA was tracking occurred between this past September and January, two of the infants died, and others were hospitalized.

The FDA was scheduled to begin inspecting the plant late last December, but, according to Abbott, about a dozen employees had tested positive for COVID-19, and the company subsequently requested to reschedule the FDA’s investigation. Because of this, the FDA was unable to begin its inspection until the end of January.

The FDA is still unable to reach a conclusion as to whether the bacteria found in the plant is what caused the infant infections. Abbott claims that there is no direct evidence linking its products to the illnesses and deaths.

Abbott’s Vice President Christopher Calamari apologized to lawmakers in the U.S. House of Representatives while he was being questioned on Wednesday, but he stopped short of directly answering whether employees were terminated or otherwise disciplined for problems found at the Michigan facility including standing water, a leaky roof, and damaged equipment.