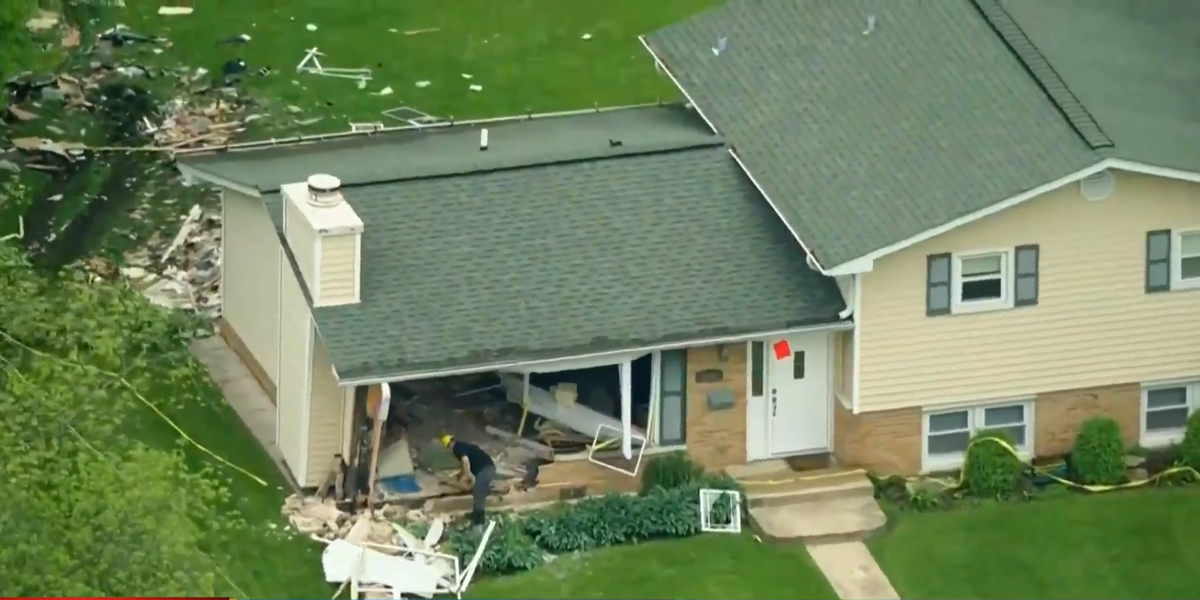 In what might sound like a scene out of a Jerry Bruckheimer, a pickup truck careened right through a house in Downer’s Grove, Illinois Friday afternoon, passing clean through the house before smashing into a tree in the homeowner’s backyard. Miraculously, the homeowners happened to be in the basement at the time and avoided suffering any serious injuries at all.

According to WBBM-TV, the incident occurred just after 4pm on Friday when the driver of a pickup truck, who was apparently suffering a medical emergency, drove right into the front of a house, and right out the backside again before smashing into a backyard tree. Neighbors reported hearing what sounded like a loud explosion — and the scene left behind looked like an explosion had taken place as a truly stunning trail of debris followed the truck’s path through the back yard. The front end of the truck was also obliterated in the crash.

According to the homeowners, who were not identified, the house is currently “not livable” and when WBBM crews arrived to interview them, they were packing their belongings to stay elsewhere while repairs are underway on the house. They told WBBM that they planned to stay in a hotel while they figured out what to do next, but repairs on the house are underway.

A neighbor, Mickey Bravo, remarked upon the incident to WBBM, “Is anyone 100 percent safe from anything? Not really! This, I imagine, shook them to their core.”

Downer’s Grove police said that both the driver of the truck and his passenger have been taken to a local hospital, and are expected to recover.