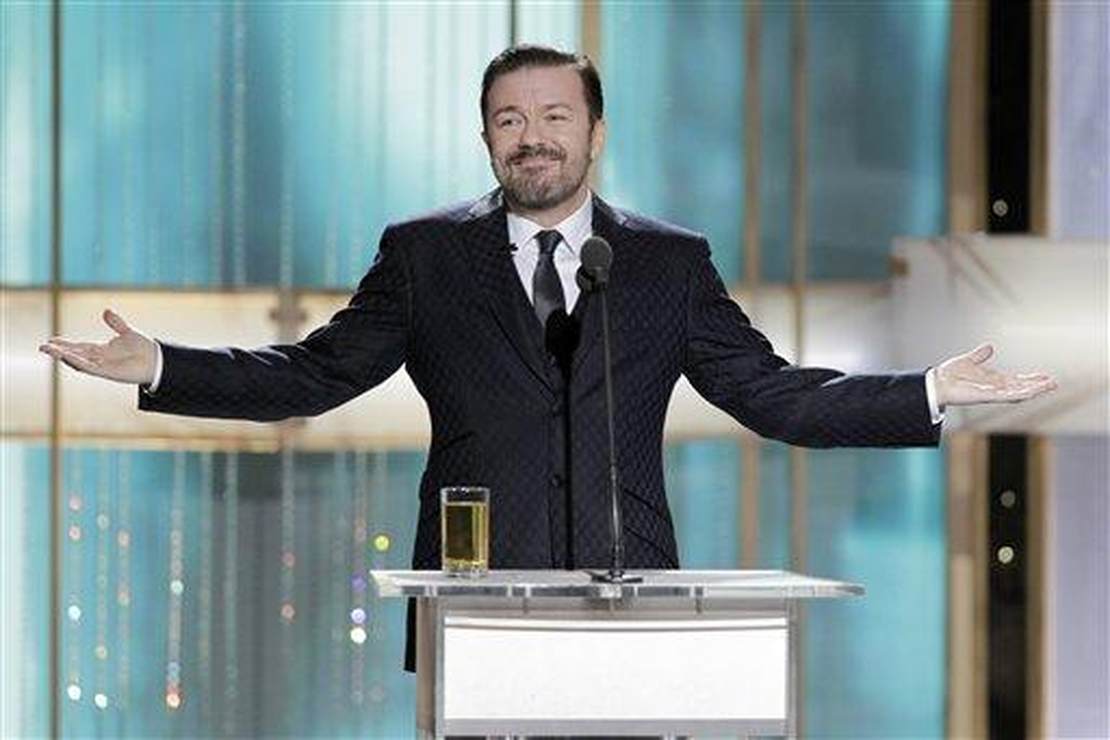 Following the release of Ricky Gervais’ Netflix special Supernature, the outrage mob was quick to show how triggered they were that the British comic had the audacity to make a few jokes at the expense of transgender mania.

“The old-fashioned women, the ones with wombs. Those f—ing dinosaurs,” Gervais’s bit began. “I love the new women. They’re great, aren’t they? The new ones we’ve been seeing lately. The ones with beards and c—s. They’re as good as gold, I love them.”

“And now the old-fashioned ones say, ‘Oh, they want to use our toilets.’ ‘Why shouldn’t they use your toilets?’ ‘For ladies!’ ‘They are ladies—look at their pronouns! What about this person isn’t a lady?’ ‘Well, his penis.’ ‘Her penis, you f—ing bigot!’ ‘What if he rapes me?’ ‘What if she rapes you, you f—ing TERF whore?’”

It was an undeniably funny bit, and, as conservative film critic Christian Toto noted, “while Gervais makes a plea later in the show to support and defend gay and trans rights, it wasn’t enough to stop the flow of furious think pieces,” targeting Gervais.

One writer at Vox called the special an “unnecessarily cruel piece of transphobic rhetoric” and said Netflix is “openly signaling that trans people and their allies are disposable” and “inflicting bigoted hateful rhetoric on its subscribers.”

I’m sorry; when did the LGBTQ community become so special that you can’t make a few jokes about them?

The gay rights group GLAAD echoed that sentiment in a hissy fit disguised as a statement.

“We watched the Ricky Gervais ‘comedy’ special on Netflix so you don’t have to. It’s full of graphic, dangerous, anti-trans rants masquerading as jokes. He also spouts anti-gay rhetoric & spreads inaccurate information about HIV,” GLAAD said on Twitter. “Netflix has a policy that content ‘designed to incite hate or violence’ is not allowed on their platform, but we all know that anti-LGBTQ content does exactly that. While Netflix is home to some groundbreaking LGBTQ shows, it refuses to enforce its own policy in comedy. The LGBTQ community and our allies have made it very clear that so-called comedians who spew hate in place of humor, and the media companies who give them a platform, will be held accountable. Meanwhile, there are PLENTY of funny LGBTQ comedians to support.”

It is apparently lost on GLAAD that one has to watch Gervais’s special. As Toto acknowledged, the organization “exists to support and defend the rights of gay and lesbian individuals,” and that given that mission, “it’s not surprising it lashed out at Gervais, even though the material in question consisted of jokes, not policy statements.”

But the problem is that GLAAD seems to turn a blind eye to some people’s jokes. Toto cited GLAAD’s silence in 2018 when Jimmy Kimmel hurled blatantly homophobic jokes at Sean Hannity on Twitter. GLAAD is usually on top of anything that could trigger the delicate snowflakes in the LGBTQ community.

They also didn’t have a problem when Jen Psaki made a homophobic joke toward Sen. Lindsey Graham back in 2020 when she was a CNN contributor.

I guess some people are more equal than others. Or maybe homophobic jokes are acceptable when attacking conservatives.