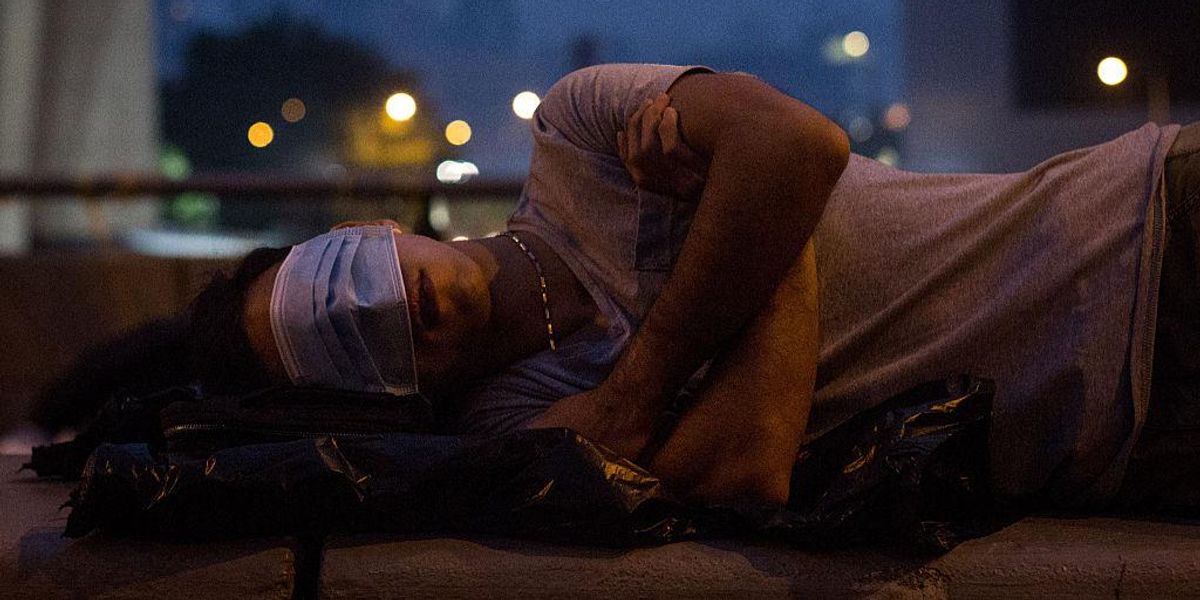 Americans are not getting enough sleep, which could have serious consequences for their health.

One in three American adults is not getting enough sleep — defined as seven or more hours a night — per a study recently conducted by the Centers for Disease Control and Prevention (CDC), Axios reported.

A press release from the CDC regarding the study states, “More than a third of American adults are not getting enough sleep on a regular basis, according to a new study in the Centers for Disease Control and Prevention (CDC) Morbidity and Mortality Weekly Report.”

The press release continued to indicate that this study was the first of its kind and documented the sleep habits of Americans across the country.

It said, “This is the first study to document estimates of self-reported healthy sleep duration (7 or more hours per day) for all 50 states and the District of Columbia.”

Non-Hispanic whites, Hispanics, and Asians tended to get more sleep.

Lower portions of adults reported getting at least seven hours of sleep a day in states located in the southeastern region of the country and adults in the Appalachian Mountains. These areas have the highest prevalence of obesity and other chronic health conditions in the country.

Reportedly, over time, not getting enough sleep on a regular basis can drastically increase a person’s risk of experiencing heart disease, strokes, and cancer.

Lack of sleep is also directly tied to increases in an individual’s health care costs and poor job performance. Employees who do not get enough sleep are much more likely to be unfocused at work, miss work, or get injured while on the job.

The CDC’s study even found that people who said they were unable to work or were unemployed had lower reported rates of healthy sleep duration than employed respondents did.

Healthy sleep duration was also highest among people who received at least one college degree.

Francesco Cappuccio, a heart health and sleep expert at the University of Warwick, said, “Sleep is not a dead state. It’s like pressing the ‘save’ button on a computer”

While we sleep, our bodies repair tissue, organize our thoughts, and consolidate memory.

WATER WARS are about to erupt in America as dwindling supplies lead to legal clashes among western states
White House COVID-19 response coordinator claims that COVID deaths would nearly be eliminated if people would get their vaccinations and use Paxlovid
Parents demand sexually explicit books be removed from Oklahoma public school libraries
Atlantic Magazine: ‘The Rosary Has Acquired a Militaristic Meaning’
New York Times drops repeat contributor who called for the genocide of Jews