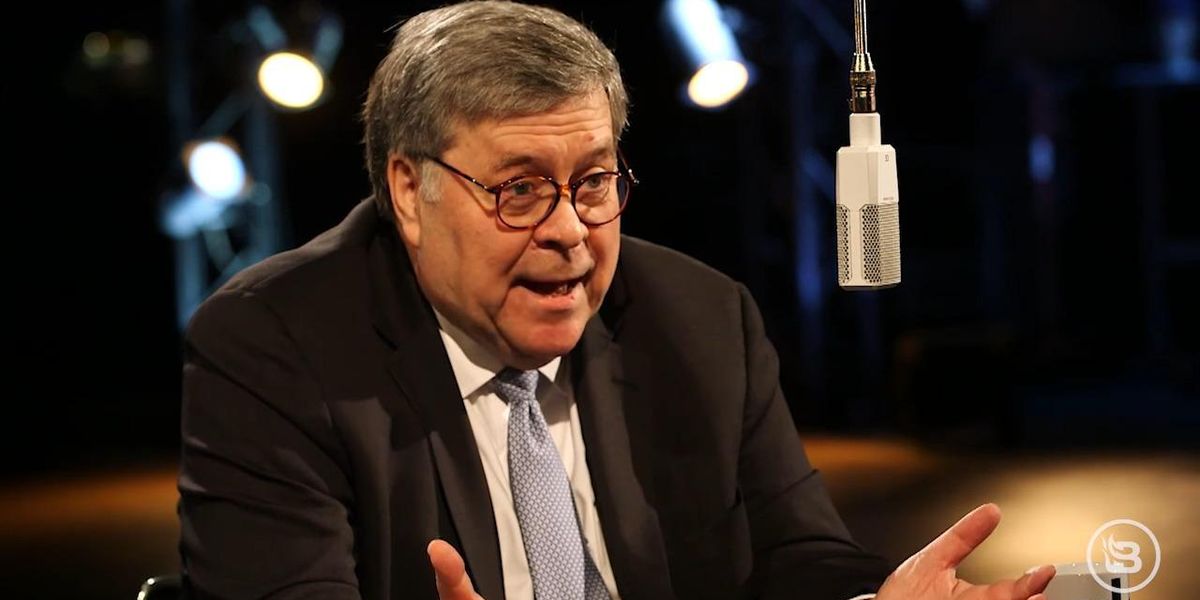 Clinton campaign lawyer Michael Sussmann was acquitted on Tuesday of lying to the FBI in 2016, a significant setback in what was the first case from special counsel John Durham’s investigation to go before a jury.

Durham was appointed special counsel in 2020 by then-Attorney General Barr to investigate the origins of the Trump-Russia probe. Barr joined the “The Glenn Beck Podcast” to explain why he believes Hillary Clinton’s Russiagate scandal was “seditious,” and why he thinks the U.S. legal system really is “rigged against Republicans.”

Barr told Glenn he was “very happy edging into retirement” in 2018, but felt duty-bound to answer then-President Donald Trump’s call to help stop what he saw as an impending “constitutional crisis.”

“I thought we were heading into a constitutional crisis,” Barr explained. “Whatever you think of Trump, the fact is that the whole Russiagate thing was a grave injustice. It was a–, it appears to be a dirty political trick that was used first to hobble him and then potentially to drive him from office.”

“It was a gross injustice,” he added. “And it hurt the United States in many ways, including what we’re seeing in Ukraine these days. You know, it distorted our foreign policy and so forth. But I felt that [Trump] was not getting his due as president. He was entitled, having won the election, to implement his administration and they … had him on the ropes.”

In reference to the ongoing Durham investigation, Glenn said it often feels like “the whole system is absolutely rigged against” Republicans.

“There are parts of the Department of Justice that I think have a double standard, and they will pursue Republicans,” he continued. “For an example, while I was Attorney General, no case that was embarrassing to the Democrats was leaked, okay. However, cases that hurt Republicans were leaked.”

u201cClinton lawyer Michael Sussmann has been acquitted. As former AG Bill Barr told me in my latest podcast, “I do think there is a degree to which the system still has a double standard and is rigged against Republicans.”u201d

Watch the full episode of “The Glenn Beck Podcast” below:

Alan Dershowitz Joins Rose Unplugged to Discuss FBI Raid on Trump’s Mar-a-Lago Estate (AUDIO)
Brother of Marine killed in Afghanistan withdrawal commits suicide at memorial for fallen soldier
Federal judge rules Walgreens over-dispensed drugs and contributed to San Francisco’s opioid epidemic
CBS censors its own revealing report noting that only a fraction of U.S. military funding to Ukraine makes it to frontline troops
Scarborough Has a Joe Biden Moment: ‘What Was That? All the Stuff!’