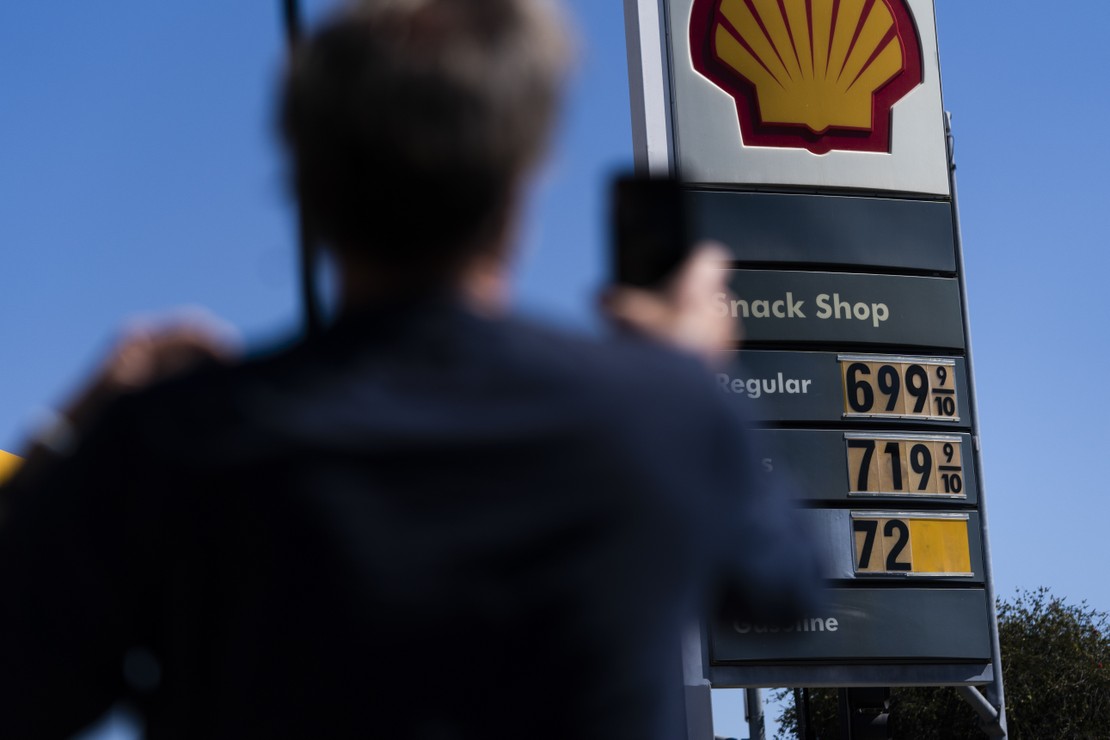 I can still remember the hard times of the Obama years when gas prices were at record highs. At the time, I was traveling 75 miles a day to get to and from my job. I remember dreading my almost twice-weekly trips to the gas station because gas prices remained around $3.50 to nearly $4.00 a gallon for about three years. It was hard to believe things could get any worse at the time.

Right now, we’d all love gas that is $4.00 a gallon. That would be cheap. As of Friday, the national average price for a gallon of regular gas is $4.78. That’s up from $4.00 a gallon on March 5, three months prior. A few months before that, the Democratic Congressional Campaign Committee (DCCC) hilariously touted a two-cent drop in the average price of a gallon of gas from $3.40/gal to $3.38/gal and then thanked Joe Biden for the decline.

Related: November Will Likely Be Worse for Democrats Than Predicted

Last month, gas stations in Washington reportedly reprogrammed their pumps to allow for the possibility of gas going over $10.00 a gallon right on the heels of Biden canceling a one-million-plus acre oil lease in Alaska. Proving once again that Biden would rather force Americans to pay astronomical prices at the pump than do anything that could bring us back to the energy independence we experience under Trump… because Orange Man Bad!

Under Trump, the United States was producing over 13 million barrels of oil a day, and now we’re only producing closer to 11.5 million. Biden inherited a country that was energy independent thanks to Donald Trump and his small-government approach to energy. By killing ridiculous regulations, domestic oil companies were able to increase supply, and by the end of 2018, the United States was exporting more oil than it imported for the first time in 70 years. One of the first things Joe Biden did upon taking office was kill the Keystone XL pipeline, and then Biden issued a moratorium on new oil and gas drilling leases. Then he had us buying oil from Russia… that is until Russia decided to invade Ukraine. He banned imports of Russian oil but didn’t take the hint that we need to stop relying on foreign nations for our energy, and here we are.

Now, every state in the union is paying more than $4.21 a gallon—and seven states are paying over $5.27 a gallon. The average nationwide price for a gallon of gas hits a new record high pretty every day now, and at least one gas station in Los Angeles is charging a ridiculous $8.05 a gallon.

$8 a gallon at Chevron gas station on Cesar E. Chavez Ave., at the intersection of Alameda Street in downtown Los Angeles. (via @latimes) pic.twitter.com/0Ay00uix2T

I feel bad for all of you that have a daily commute. Working from home, I don’t have to fill up my take very often. Most people aren’t so lucky. But the worst thing about this is that the Biden administration either doesn’t understand the problem or has no desire to fix it because they see the high cost of energy as an opportunity to push “green” energy alternatives. I’m not sure which is worse.

Public schools are GARBAGE, and we have PROOF
Scarborough Has a Joe Biden Moment: ‘What Was That? All the Stuff!’
CBS censors its own revealing report noting that only a fraction of U.S. military funding to Ukraine makes it to frontline troops
iOS’s Facebook and Instagram Apps Can Monitor User Interactions
Screen Actors Guild Health Plan Offers Reimbursement For Abortion Travel Expenses