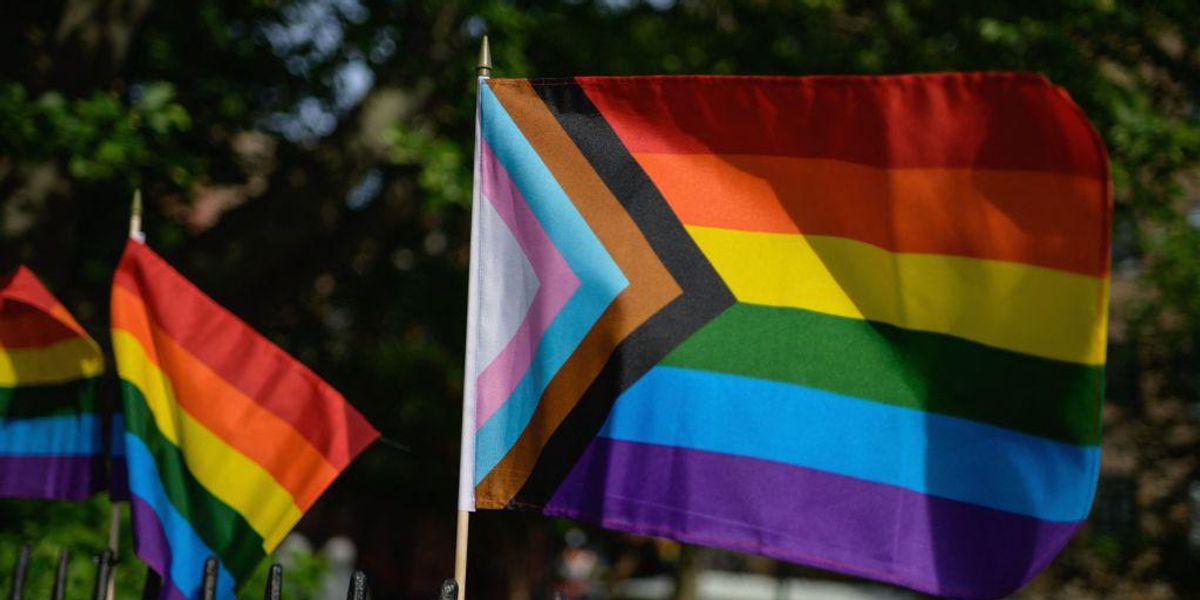 Kuwait summoned a top U.S. diplomat on Thursday in connection with a pro-LGBTQ tweet from the American Embassy celebrating Pride Month.

The official Twitter account of the U.S. Embassy in Kuwait shared a quote from President Joe Biden on Thursday that read: “All human beings should be treated with respect and dignity and should be able to live without fear no matter who they are or whom they love.”

The tweet said President Biden is a “champion for the human rights of LGBTQI persons.”

The post included the words “Pride Month,” and featured a photo of a Progress Pride flag.

Different from the rainbow LGBTQ flag, the Progress Pride flag features transgender flag colors, plus “black and brown stripes representing marginalized LBGT communities of color, community members lost to HIV/AIDS, and those currently living with AIDS,” according to Northwestern University.

u201cu201cAll human beings should be treated with respect and dignity and should be able to live without fear no matter who they are or whom they love.u201d @POTUS is a champion for the human rights of #LGBTQI persons. #Pride2022 #YouAreIncludedu201d

Kuwait’s Ministry of Foreign Affairs summoned a senior U.S. official in response to the pro-LGBTQ tweet.

“This evening, Thursday, the Ministry of Foreign Affairs summoned the Acting Chargé d’Affaires of the U.S. Embassy, Mr. Jim Holtsnider, [to] meet with the Acting Assistant Secretary of State for Americas Affairs, Nawaf Abdul Latif Al-Ahmad, against the background of the embassy’s publication on its social media accounts of references and tweets supporting homosexuality,” the press release said.

The Kuwaiti government declared that it had rejected the American Embassy’s messaging, and stressed “the need for the embassy to respect the laws and regulations in force in the State of Kuwait and the obligation not to publish such tweets in compliance with what was stipulated in the Vienna Convention on Diplomatic Relations of 1961.”

“Consensual intercourse between men of full age (from the age of 21) shall be punishable with a term of imprisonment of up to seven years,” according to the International Lesbian, Gay, Bisexual, Trans and Intersex Association.

The U.S. Embassy in Saudi Arabia also shared a Pride Month tweet with the LGBTQ flag.

“During #Pride2022, @StateDept celebrates the contributions members of the LGBTQI+ community make to our nation. We are committed to ending violence, discrimination, and stigma against LGBTQI+ persons worldwide,” the tweet read.

u201cDuring #Pride2022, @StateDept celebrates the contributions members of the LGBTQI+ community make to our nation. We are committed to ending violence, discrimination, and stigma against LGBTQI+ persons worldwide.u201d

Engaging in homosexuality in Saudi Arabia may be punished with the death penalty.

“According to some interpretations of Sharia, the death sentence may be handed down for certain homosexual acts. Other penalties may include 100 blows of the whip and banishment for 1 year,” according to Human Rights Watch.

In April 2021, the Biden administration gave authorization for U.S. embassies and consulates around the world to fly LGBTQ flags. The decision was a reversal from the Trump administration’s decree that barred flying flags along with the American flag at U.S. embassies.

In 2019, several American embassies defied the Trump administration’s order and flew LGBTQ flags in honor of Pride Month. The American Embassy in South Korea hung a huge LGBTQ flag and Black Lives Matter flag on the facade of the building. The flags were later removed following orders from the State Department.

Amid humanitarian crisis in Afghanistan, US rules out releasing billions in frozen funds
Evidence confirms that TWA Flight 800 was shot down by the U.S. military, followed by a massive coordinated cover-up
Chris Wallace, CNN Hate Talk of Federal ‘Gestapo’…Unless Dems Use It
The Atlantic Asks ‘Just How Meaningful Is Jane’s Revenge’
The Army has just 7 weeks to meet its recruitment targets this year. It’s only 52% of the way there.