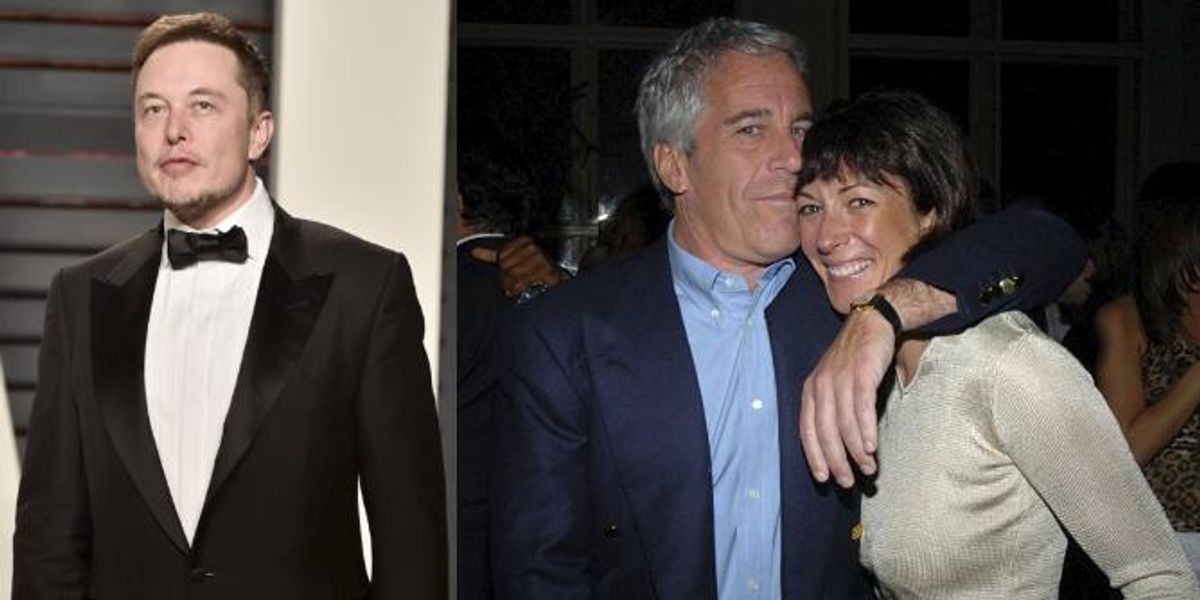 Elon Musk caused quite a stir on Twitter this weekend by asking an intriguing question about Jeffrey Epstein, Ghislaine Maxwell, the media, and the Department of Justice.

One of the top-trending topics on Twitter on Saturday was “Jeffrey Epstein.” Musk set the trending topic ablaze when he tweeted a question about the deceased convicted pedophile.

“Only thing more remarkable than DOJ not leaking the list is that no one in the media cares,” Musk wrote, then asked the question, ” Doesn’t that seem odd?”

Musk also shared a meme captioned: “Things I’ll never see in my lifetime.” The meme features photos of fantastical things such as dragons, dinosaurs, and unicorns. The meme also included the words: “The Epstein/Maxwell client list.”

u201cOnly thing more remarkable than DOJ not leaking the list is that no one in the media cares. Doesnu2019t that seem odd?u201d

Musk then joked, “Sometimes I think my list of enemies is too short, so …”

Musk has made enemies with the media in recent months because of his acquisition of Twitter – including the Washington Post, which wrote hit pieces on the billionaire.

Gates and Musk – the fourth and first-richest people in the world, respectively – have an ongoing feud. Musk allegedly ditched Gates on a scheduled meeting after finding out that the Microsoft co-founder bet against Tesla stock.

A Twitter user replied to Musk’s tweet with an older photo of the SpaceX founder with Ghislaine Maxwell standing behind him at a formal event.

Musk fired back, “Ah yes, Maxwell photobombing me at a @VanityFair Oscars party – you should [ask] them why they invited her.”

“The same people who push this photo say nothing about prominent people who actually went to his island a dozen times,” Musk “Also very strange …”

Last month, Musk tweeted, “If I die under mysterious circumstances, it’s been nice knowin ya.”

u201c@alifarhat79 Ah yes, Maxwell photobombing me at a @VanityFair Oscars party u2013 you should them why they invited her. nnThe same people who push this photo say nothing about prominent people who actually went to his island a dozen times. Also very strange u2026u201d

In 2019, Project Veritas released a video of ABC News anchor Amy Robach venting about her network not airing an interview she did with Virginia Giuffre – an alleged victim of Epstein and Prince Andrew.

Robach says in the leaked video:

I’ve had this story for three years. I’ve had this interview with Virginia Roberts. We would not put it on the air. First of all, I was told, ‘Who’s Jeffrey Epstein? No one knows who that is. This is a stupid story.’ Then the palace found out that we had her whole allegations about Prince Andrew and threatened us a million different ways. We were so afraid that we wouldn’t be able to interview Kate and Will. That also quashed the story…. It was unbelievable what we had. [Bill] Clinton — we had everything. I tried for three years to get it on to no avail and now it’s all coming out and it’s like these new revelations. And I freaking had all of it. I’m so pissed right now. Every day I get more and more pissed…. What we had was unreal.

ABC said it did not air the interview because it didn’t meet the network’s standards and lacked sufficient corroborating evidence. Robach claimed that the video shows her “caught in a private moment of frustration.”

Epstein is said to have committed suicide in his New York City jail cell at the Metropolitan Correctional Center on Aug. 10, 2019, according to the New York City chief medical examiner. Epstein was awaiting trial on charges related to the sex trafficking of minors.

Maxwell was arrested in July 2020. In December 2021, Maxwell was convicted of recruiting and grooming teenage girls for sexual encounters with Epstein. Maxwell’s sentencing hearing is scheduled for June 28.