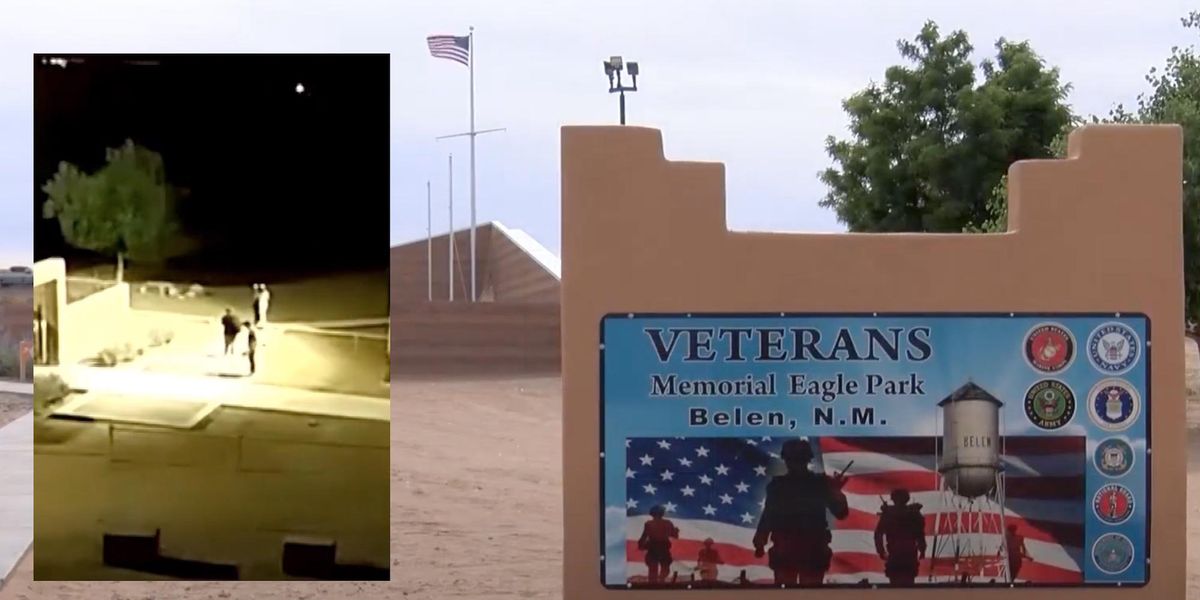 Six teenagers are facing criminal charges after they were caught on surveillance video stealing United States flags from a veteran’s memorial.

The incident unfolded at the Belen Veterans Memorial in New Mexico on early Friday morning.

“This kind of disrespect to our veterans and our, American flag, to the veterans of city of Belen and the veterans of Valencia county is not going to be tolerated,” said Belen Police Department Chief James Harris.

Surveillance video showed three teenagers waiting outside of the monument while three others climbed over a locked gate. After stealing three flags, the teenagers can be seen walking away while the flags drag on the ground.

The incident occurred days after Memorial Day when officials had held an official ceremony to retire an old flag and put a new one in its place.

Belen Mayor Robert Noblin Jr. offered a $250 reward for information in the case, and the police chief offered another $100. The teenagers were identified over a tip just hours later.

“Sorry kiddos, the new Mayor is serious about all crime. Learn some respect for yourselves, our flag and our City,” said Noblin in a Facebook post.

The flags were recovered, but they will have to be destroyed.

The teenagers ranged in age from 14 to 16 years old, according to the police chief. He also said that they were accused of breaking into a pool and damaging it, while one of the female teenagers stole a car from her grandmother.

“I think the youth need to realize everyone needs to realize the sacrifices made by veterans for our country,” said Noblin.

A statement from the veteran’s memorial thanked the mayor, the chief, and the citizens who helped identify the suspects.

The tipster donated the reward money back the city to replace the flags, according to KRQE-TV.