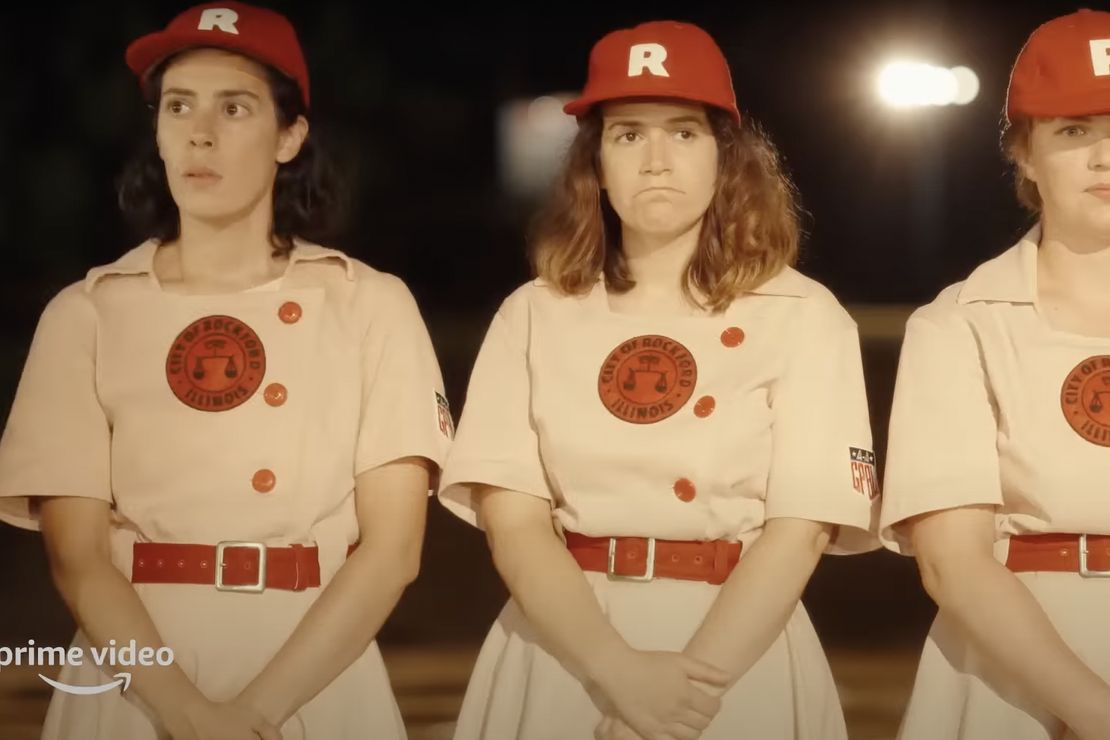 We’re always learning about a new reboot or revival of a classic movie or television show because Hollywood is too lazy to come up with new ideas, so they have to borrow from old ones. It’s never enough for them to simply honor the source material. Instead, they have to destroy it with wokeness because they think it will appeal more to today’s audiences.

The latest example is the forthcoming television series based on the beloved 1992 film A League of Their Own. Amazon Studios release a short teaser trailer Tuesday:

It looks well-produced, and I was briefly intrigued. But that was short-lived, because Amazon Studios made no effort to hide the series’ woke agenda.

“A League of Their Own evokes the joyful spirit of Penny Marshall’s beloved classic, while widening the lens to tell the story of an entire generation of women who dreamed of playing professional baseball,” Amazon Studios said in a press release. “The show takes a deeper look at race and sexuality, following the journey of a whole new ensemble of characters as they carve their own paths towards the field, both in the league and outside of it.”

Of course, because why reboot something if you can’t make it “more diverse” and LGBTQ-friendly, right? Disney’s live-action reboot of Lady and The Tramp was similarly made more diverse by making the characters Jim Dear and Darling an interracial couple—even though interracial marriage was illegal at the time and place the movie was set. When it was released on Disney+, I wrote that while it may seem silly to question Disney’s decision to sanitize early 20th century America as being accepting of interracial marriages in a movie featuring talking dogs, the film treats interracial relationships and race relations “so unrealistically for the era that the effort on their part feels Orwellian, not idealistic.”

How exactly will Amazon Studios’ A League of Their Own put their diverse and LGBTQ-inclusive spin on a story set in 1943? The show’s co-creator Abbi Jacobson claims the series will evoke “the spirit and the joy” of the original movie but explore more of “the realities of what was really going on in 1943.”

“A door opens for a lot of white women and white-passing women that get on the league that we all know from the film,” Jacobson told Drew Barrymore last year. “But what about the black women who were not allowed to try out and who had to sort of carve their own path to play baseball? It’s also a really queer story.”

Because obviously, the original film was too white and too straight, and why not play up the stereotype that women who play baseball are gay!

Related: The Problem with ‘Obi-Wan’ Isn’t What You’ve Been Told

Does anyone believe this series will be any good if its purpose is to lecture us about race and imply that the All-American Girls Professional Baseball League was just one big lesbian orgy? We’ve seen how woke reboots haven’t been well-received in the past. Some notable examples include Ghostbusters: Answer The Call, The Matrix: Resurrections, any Star Wars movie after Disney bought Lucasfilm, and so on—all of which failed to earn love from the public. Woke television reboots have the same problem. PJM’s Megan Fox detailed how the Sex and the City reboot And Just Like That was woke garbage. While HBO renewed it for another season, the series received mixed reviews from fans and probably won’t last long. And as we know, the woke reboot of Murphy Brown was canceled after one season, and the reboot of Will & Grace was canceled after three.

I’m not expecting the reaction to this A League of Their Own reboot to be any better.

Iran Is Refusing to Accept the Surrender of the European Union
‘It may be funny to you, motherf***er’: Beto GOES OFF when he gets a taste of his own obnoxiousness
Pulling Out: Jeffrey Toobin Finishes Tenure in CNN, Sticking Book Together
Ruhle Invites Democratic Congresswoman To Fact Check 87,000 New IRS Agents Claim
CBS anchor tries to refute Trump’s claim that FBI seized his passports. Then Trump’s team shows the proof.