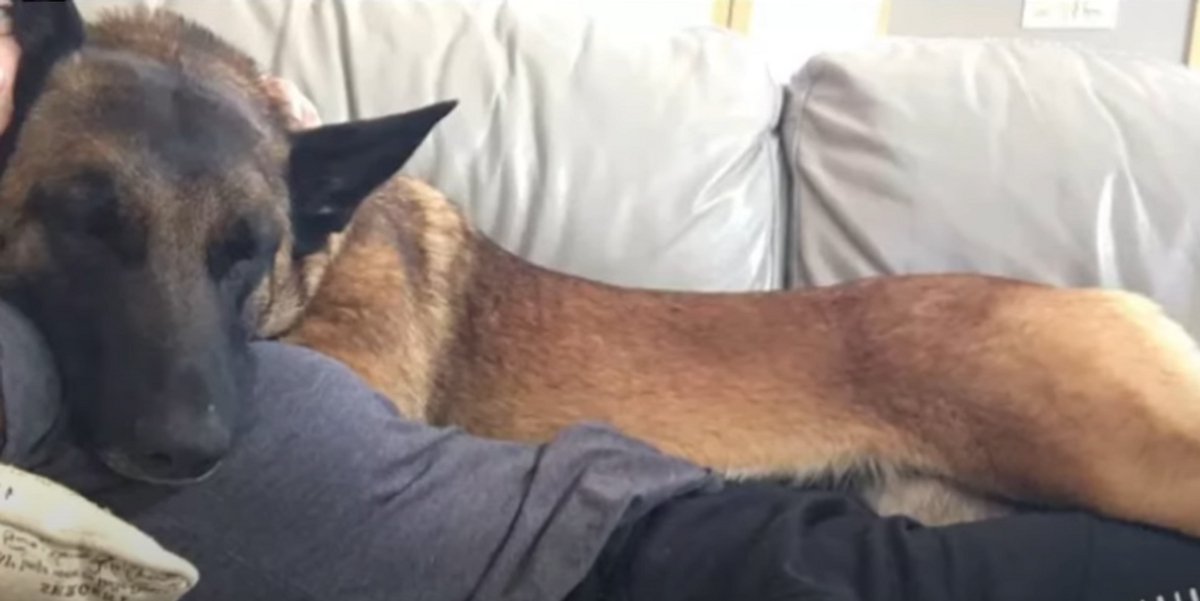 A hero dog has passed away after protecting her owner from a mountain lion attack in Northern California.

Erin Wilson was hiking in Trinity County last month with her 2 1/2-year-old Belgian Malinois named Eva. The pair encountered a mountain lion during their hike.

The mountain lion lunged at Wilson and scratched her left shoulder.

While in pain from the mountain lion attack, Wilson called for her dog – who was a few feet ahead, off-leash.

“I yelled ‘Eva!’ and she came running,” Wilson told the Sacramento Bee on Wednesday. “And she hit that cat really hard.”

However, the 55-pound dog was overpowered by the big cat.

“They fought for a couple seconds, and then I heard her start crying,” Wilson explained. “That’s when the cat latched on to her skull.”

Wilson did everything she could to attempt to stop the cougar from harming her dog – hitting the mountain lion with rocks, sticks, and her fist. She then tried to choke the cougar with her arms and tried to gouge its eyes. The big cat fought back and used its rear paws to kick Wilson away.

The mountain lion refused to let go of the dog, so Wilson ran to her truck to retrieve a tire iron. Wilson also flagged down a passing female motorist – who grabbed a 4-foot-long PVC pipe and pepper spray to help save Eva. The two women beat the cougar and used pepper spray until it finally released the dog and retreated.

Wilson said of Eva, “At first I was like, ‘Wow, she’s OK.’ But when I looked at her closer, I realized she had a couple of puncture wounds in her face. And she just had a lot of blood coming out of her mouth.”

The owner raced her dog to an emergency veterinarian clinic that was an hour-and-a-half drive away.

“My dog is my hero,” Wilson wrote on the crowdfunding listing. “And I owe her my life.”

Wilson posted an update on Tuesday, “Eva went for CT before MRI, and it has been found that her skull fracture was pretty severe and her brain tissue is inflamed. Her brain is now pushing through the openings in the skull.”

On Thursday, Wilson announced that Eva had died.

“We said goodbye at 9:20 this morning,” Wilson wrote on Instagram. “There were no changes to her condition overnight. Goodbye my beautiful sweet girl. You are my world, my light, my best friend. The world is a much darker place.”

The California Department of Fish and Wildlife said it was working on trapping the mountain lion involved in the attack.

The wildlife agency advised, “People should always be vigilant when recreating in mountain lion habitat.”


Dog That Saved Owner From Mountain Lion Passes Away Unexpectedly