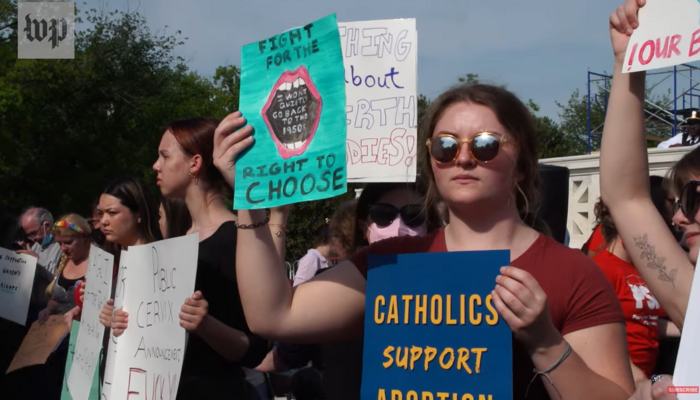 The Associated Press is feeling the pain of abortion activists. AP philanthropy reporter Thalia Beaty offered a story headlined “Abortion funds feel frustration, gratitude at ‘rage giving’.” That’s a wave of donations spurred by news coverage that often drops off after the narrative moves on.

Beaty began the story with Casie Pierce, the development director for a Dallas-based abortion fund, “which helps people pay for the procedure and associated logistics,” as she monitored the wave. 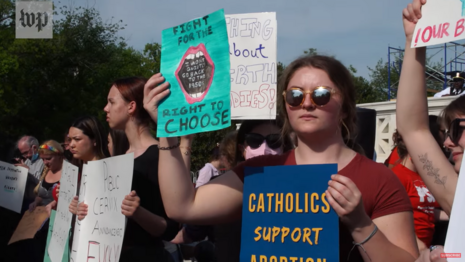 “Am I optimistic watching funds rolling in? Of course I am,” she said. “But what’s unfortunate is it takes a tragedy to wake people up out of their slumber to start giving, because we’ve been here doing this all along.”

In response to the May 2 leaked draft that signaled the likely withdrawal of the legal right to an abortion in the U.S., donors clicked on donations buttons and mailed checks in a fury.

An annual fundraiser organized by the National Network of Abortion Funds raised more than $2.4 million by the end of May to benefit some 90 abortion funds, more than in any previous year.

Beaty also spoke with Kelly Nelson, who runs and abortion fund in Tampa:

“We really want to make this a long-term thing where people recognize that the fight with the courts is over now and we lost,” Nelson said. “We have to help the people on the ground today and tomorrow. We need to get them to their appointments.”

She added: “This is the time for philanthropy to get creative and reach out to abortion funds, who have traditionally been underfunded in the reproductive health world.”

One analysis of philanthropic donations done by the progressive group the National Committee for Responsive Philanthropy (NCRP) found that between 2015 and 2019, of the $1.7 billion that foundations gave to reproductive rights issues, less than 3 percent was designated specifically for abortion funds while 21 percent was directed to other abortion-related work, for example, by advocates or clinics.

Beaty wasn’t done digging out the studies from feminists who feel underfunded:

Another analysis by The Bridgespan Group, a philanthropic consultancy, and Shake the Table, a feminist philanthropic advisory group, found that less than 1 percent of total foundation giving in 2017 went to women’s rights organizations around the world. It further concluded that feminist funds have the capacity to distribute 10 times the amount of philanthropic donations than they do now.

The only feint toward a pro-life point of view is Beaty used one paragraph to point out the pro-life side also benefited from emotional giving with the leaked opinion. “Groups that oppose abortion also saw a big boost in funding since the Supreme Court signaled openness to new restrictions on abortion in December. The anti-abortion group Susan B. Anthony Pro-Life America plans to spend more on political campaigns this election cycle than ever before — $78 million.”