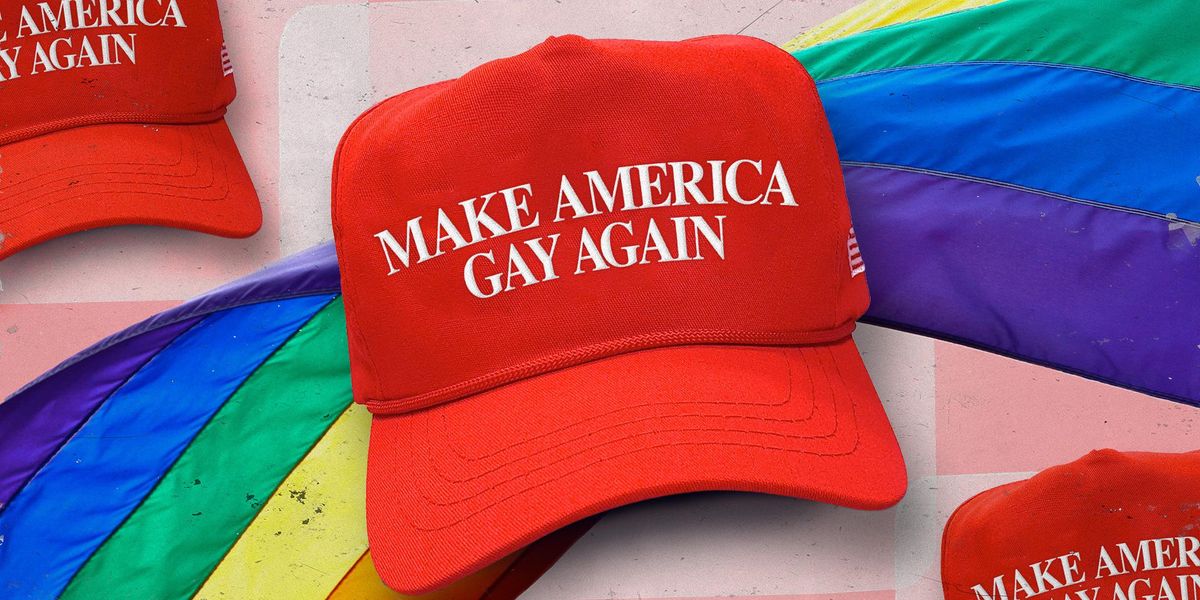 The in-your-face sexual depravity showcased at LGBTQ+ Pride celebrations acts as a mirror for the rest of us. It’s a reflection of the culture Christian heterosexuals built, tolerated, and/or enjoyed for the last 60 years.

We allowed the centering of our sexuality in all aspects of American television, music, cinema, art, and culture. We sold hamburgers, magazines, cars, football, and everything else with sex. We giggled when Carl’s Jr. decorated cheeseburgers with scantily clad supermodels. We dined at Hooters. We danced to Too Short’s “Freaky Tales,” Naughty by Nature’s “O.P.P.,” and 2 Live Crew’s “We Want Some P***y.” We loved Sports Illustrated’s swimsuit issue, the Cowboys’ cheerleaders, and Charlie’s Angels.

It’s disingenuous and naive to be shocked that, given the opportunity and leverage, the gay movement is selling its lifestyle with sex. They’re simply mirroring the behavior of the formerly dominant culture.

We made Pride Month – and all the debauchery and grooming that comes with it – inevitable.

Like all problems, the solutions start with the Christian man or woman in the mirror.

I had this epiphany this weekend while perusing Twitter and seeing the disgusted tweets featuring videos of the child-friendly debauchery at Pride parades. Conservatives are growing brands and social media platforms highlighting drag queen story hours, LGBTQ teachers grooming children, and the nonsensical ramblings of the identity-confused.

I asked myself, “Why are gay people behaving this way? Why does it seem like their life mission is to shove their sexuality down all of our throats?”

The answer struck me while I was watching the movie “Killer Joe,” a 2012 drama featuring Matthew McConaughey and Juno Temple.

For the past month, Amazon Prime has been recommending the movie to me based on my viewing history. McConaughey plays the role of a Dallas cop who moonlights as a hit man for hire. He’s contracted by a drug dealer who wants his mother killed. The drug dealer offers Killer Joe his virginal little sister (Temple) as the down payment on the murder.

Amazon recommended “Killer Joe” to me based on what I have previously watched. This says something about my taste in cinema and television. I reviewed what I watched. I like dark crime dramas. The movies I watch the most are “The Godfather” movies, “Scarface,” “JFK.” The TV shows I watch the most are “The Sopranos,” “The Wire,” “The Shield,” “Game of Thrones,” and “Billions.”

It’s criminal – or it should be – that adults are taking kids to drag shows. It’s corrupt that teachers see it as their responsibility to teach kids about gender and sexuality. It’s sad that we’ve created a society that justifies criminality and corruption with sex.

The LGBTQ crowd is mirroring an extreme version of the dominant culture’s behavior. They’re not doing anything we haven’t done.

Late last week, the delivery service Postmates released a Pride commercial with a food menu that is “bottom friendly,” meaning the food options are sodomy-friendly.

Goldstein is some sort of gay sexual-wellness surgeon. Anderson is a gay author who created a gay science series. I can’t adequately describe the commercial. You have to watch it yourself.

I understand why you’re repulsed watching the commercial. I certainly was when I originally saw it. But we have mainstreamed immorality. Snoop Dogg and Dr. Dre headlined the Super Bowl halftime show. Snoop is a confessed pimp. Snoop, Dre, and Eminem specialize in making lyrical pornography. Their music targets kids. No one should be surprised that Lil Nas X and Cardi B are the next iteration of Dre and Snoop.

Gay Pride is the next iteration of Playboy magazine.

Let me make one more analogy. Gay Pride is January 6. All of America watched the 2020 St. George Floyd riots. We watched cities burned, stores looted, and cops killed while corporate media justified the chaos and mayhem. A counterprotest was inevitable.

For decades, popular culture and corporate media have celebrated heterosexual depravity. A counterprotest was inevitable.

Editor’s note: This column has been corrected to state that Goldstein, not Anderson, is a gay sexual-wellness surgeon.