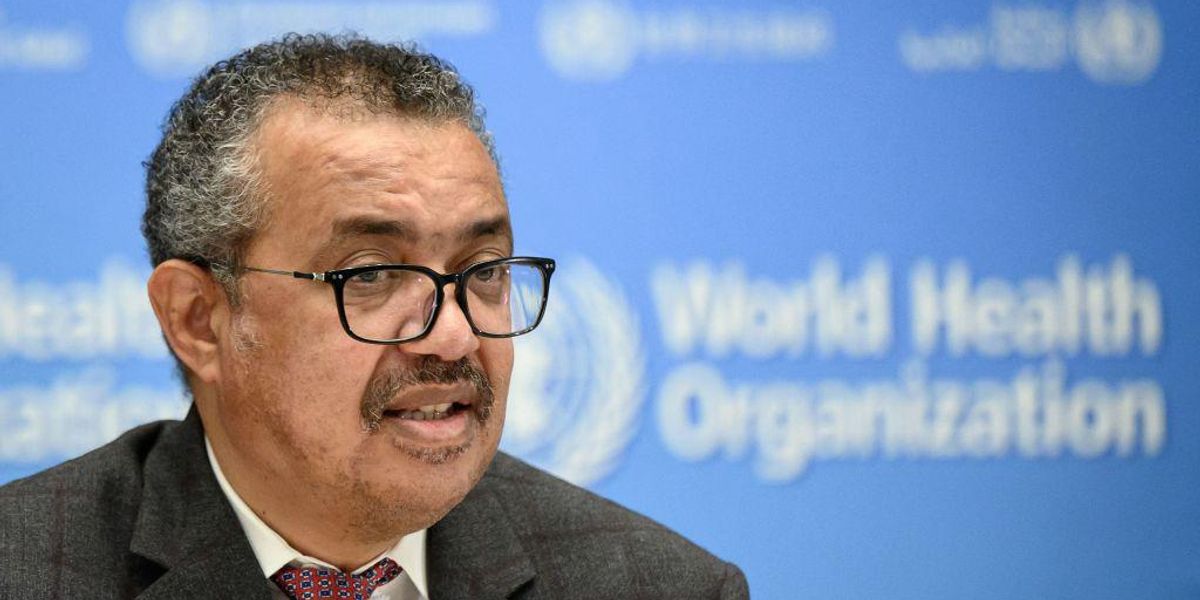 The leader of the World Health Organization reportedly believes that the COVID-19 lab-leak origins theory is the most likely explanation for how the pandemic started in 2019.

WHO Director-General Tedros Adhanom Ghebreyesus recently confided to a senior European politician that a “catastrophic accident” at a laboratory in Wuhan, China, is the most likely explanation for the outbreak of the coronavirus pandemic at the Huanan Seafood Wholesale Market in Wuhan in late 2019, according to the Mail, a British newspaper.

Publicly, Tedros has said that “all hypotheses remain on the table” as the WHO continues to investigate the origins of the pandemic.

The Mail quoted an anonymous “government source” in its report on Tedros’ private opinion.

Since 2019, the COVID-19 pandemic has killed 18 million people all over the world. Lockdowns in developed countries that were meant to slow the spread of the virus caused widespread economic devastation that has ongoing effects on supply chains and inflation today.

There are two competing hypotheses of the origins of the coronavirus pandemic. The first is that the virus has natural origins — that it was carried by an animal host, most likely a bat, and evolved to be contagious among human beings. This is the view widely accepted by most scientists, and it was initially embraced by public health officials as the only legitimate origin theory for the virus.

The second hypothesis is that researchers at the Wuhan Institute of Virology, a Chinese lab that studies coronaviruses, may have genetically manipulated one of their virus samples, creating SARS-CoV-2, and somehow that engineered virus leaked from the lab. This theory was maligned as a crackpot conspiracy theory by most public health officials.

But multiple investigations into the origins of the virus have failed to find clear evidence of an animal host that carried it before it leaped to humans. This lack of evidence to support the natural origins theory, along with public pressure from scientists who want the lab-leak theory thoroughly investigated, has led public health officials and the WHO to state that both theories remain plausible.

A scientific advisory group established by the WHO to investigate the pandemic origins released a preliminary report 10 days ago that said “further investigations” are needed to determine the true origins of COVID-19. While the WHO investigators did not find new evidence that supports the lab-leak theory, their work is “ongoing and not yet complete” and their report represents “work in progress.”

In public statements, Tedros has said there is a moral responsibility to those who have suffered and died of COVID-19 to learn how the virus came to be. “All hypotheses must remain on the table until we have evidence that enables us to rule certain hypotheses in or out,” he told WHO member states earlier this month.

International investigations into the origins of the virus have been complicated by China’s unwillingness to be transparent. Stonewalling from Chinese Communist Party officials has prevented scientists from accessing data that’s crucial to learning more about COVID-19. The Chinese have forcefully rejected accusations that the virus came from the Wuhan lab and have instead shifted blame to the U.S. and accused COVID-19 of leaking from U.S. military facilities.