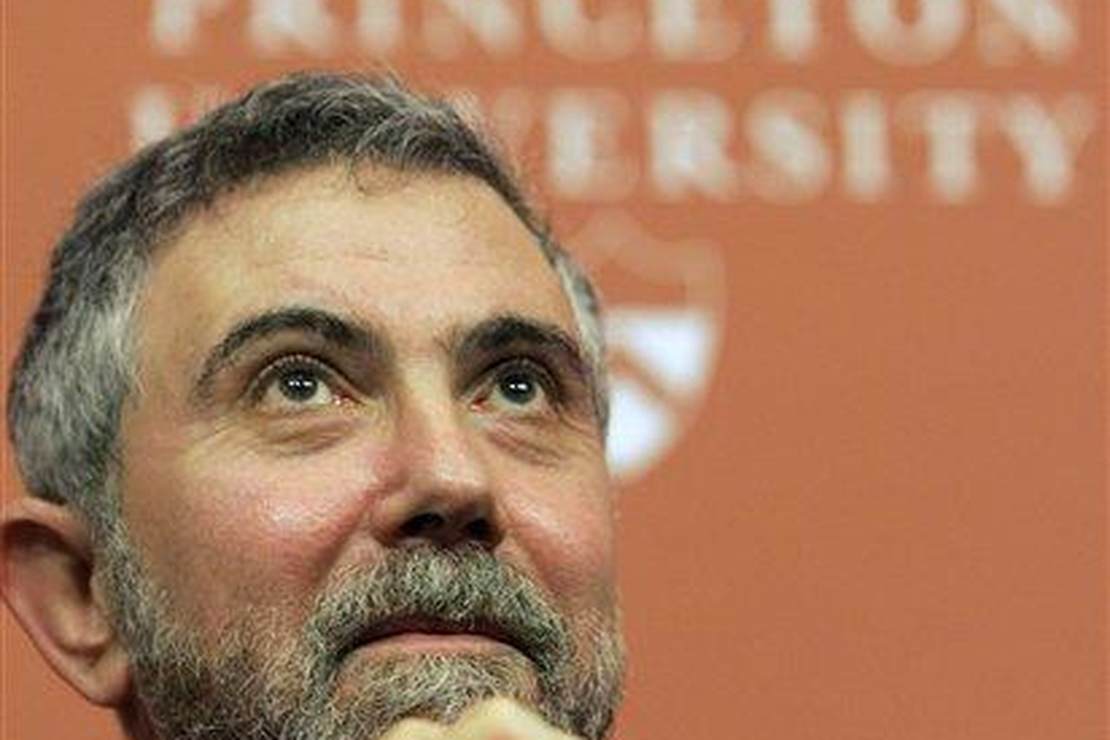 I honestly have no idea why I keep writing about Paul Krugman. His status as a Nobel Prize-winning economist lends credibility to the garbage he regularly publishes — at least among the left, which still gives the guy an audience. Krugman clearly thinks it’s his job to exploit his so-called credibility to push political narratives that the left wants to hear. For example, earlier this year, he wrote an opinion piece for the New York Times that declared that “2021 was pretty amazing.”

It wouldn’t surprise me if he eventually claims that 2022 was the most fantastic economic year ever.

While conservatives haven’t taken Krugman seriously in decades, or perhaps ever, it is shocking that this man is still given an audience. He has an incredible habit of being horribly wrong. The example I will discuss today is how in November 2020, he predicted an economic boom under Biden.

Perhaps Krugman’s only valid point was that Biden would be handed the possible circumstances to preside over economic growth. Though Krugman didn’t foresee COVID-19 vaccines being widely available until well after Biden took office, he did recognize that the availability of the vaccines would result in the reopening of the economy and thus huge economic growth. “It’s a good guess that we’ll get this pandemic under control at some point [in 2021],” he predicted. “And it’s also a good bet that when we do, the economy will come roaring back.”

You really don’t need to be a Nobel prize-winning economist to figure out that reopening an economy that was shut down would cause colossal growth. Still, Krugman assumed that the highly ripe conditions would mean that “Joe Biden will eventually preside over a soaring, ‘morning in America’-type recovery.”

Now, make no mistake about it: Joe Biden thinks he has presided over the best economic recovery ever. But it’s anything but. Between the supply chain crisis, a record trade deficit, and gas prices and inflation rising to historic highs, Americans are struggling under Biden. Things have been made worse by the fact that Biden spent the past year and a half in denial about inflation.

How Krugman predicted Biden should respond to the boom was even more hilariously awful. Krugman said Biden should “celebrate it” but quickly added that he didn’t expect Biden to “engage in Trump-like boasting” because “he’s not that kind of guy.” Oops. So much for that.

Last year, he was so desperate for things to brag about that he patted himself on the back for a meager drop in gas prices and infamously boasted that Independence Day barbecues would cost Americans 16¢ less in 2021 than the year before. He’s also claimed to have the strongest first-year economic record of any president. He also claimed to have created over 6 million jobs in 2021 — more jobs than any of his predecessors in his first year — even though he actually created zero.

But no, Biden is not the kind of guy to brag.

Krugman ended his comedy bit with another bold prediction. “If I’m right, however, the peculiar nature of the coronavirus slump may give Democrats another big political opportunity,” he began. “There’s a pretty good chance that they’ll be able to run in the 2022 midterms as the party that brought the nation and the economy back from the depths of COVID despond.”

Ouch. That’s gotta hurt. Despite claiming he would shut down the virus, Joe Biden, who inherited two COVID vaccines, and a distribution plan, had a worse record against COVID than Trump — whom he claimed botched the response to the pandemic.

How many times must Krugman embarrass himself before the liberal rags that publish him realize he doesn’t know what he’s talking about and cares more about pushing the Democratic Party narrative than offering sound economic predictions or analysis?