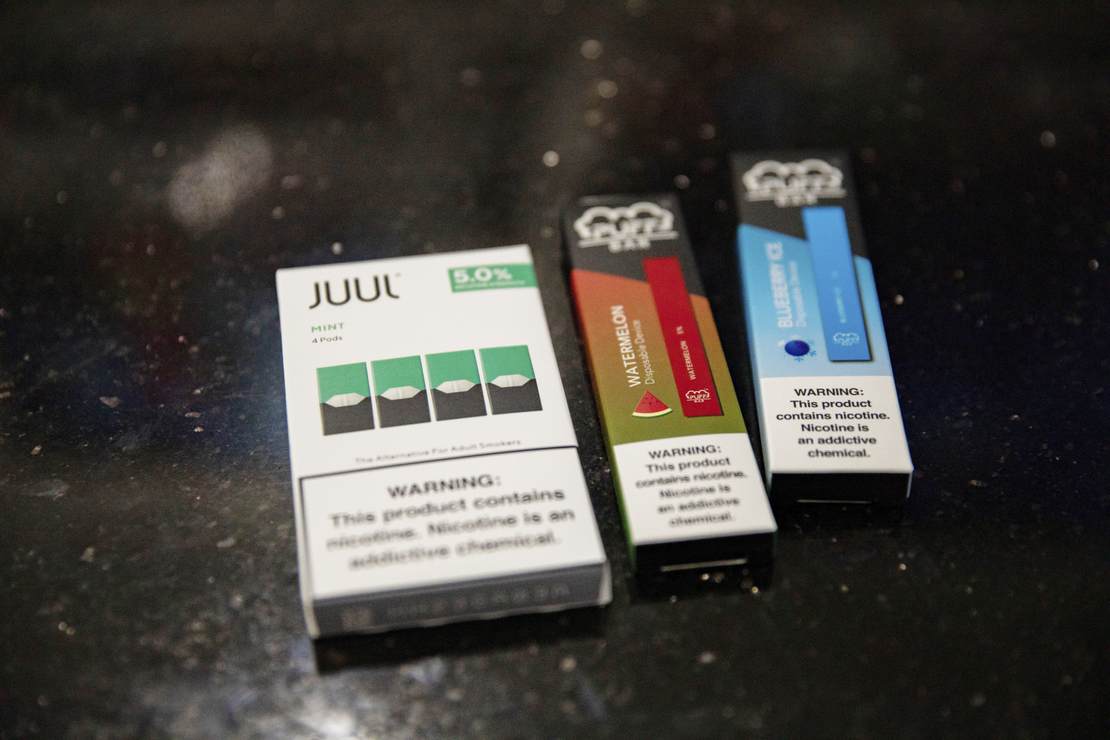 The headline is not hyperbole. I have the receipts, as you’re about to see.

As a reformed smoker, let me tell you something: Nicotine is fun and mostly harmless.

I miss so many things about nicotine, but mostly that oddly edgy calm feeling it brought first thing in the morning or after a tasty meal.

The big problem with nicotine is its traditional delivery system: Dried up, chemically treated, chopped-up tobacco leaves rolled up in paper or leaves, lit on fire, and then inhaled directly into the lungs and/or mouth.

I loved everything about cigarettes except for one tiny detail: They were going to kill me. I was a two-pack-a-day man, and at that rate it’s hard to live to a ripe old age.

By the time I was in my early 30s, I had my heart set on marrying a lovely woman who happened not to smoke. Between the complexities of trying to run a mixed smoker/non-smoker household, and wanting to live long enough to see our future children grow up, I quit before I even proposed.

Quitting was the most difficult thing I’ve ever done, and it took a few tries to finally take. If I hadn’t become so family-minded, I’d probably still be smoking today.

Even now, all these years later, some days it’s hard. That nicotine rush was the best.

“So if you miss nicotine so much,” I can almost hear you ask, “Why not take up vaping?”

“Because,” you can read me explain, “Democrats.”

It’s risky to take up any habit you might enjoy, because you know that eventually some Democrat will try to ban it. And if they can’t ban it, they’ll tax and regulate it to the point where only rich Democrats can afford to partake.

They’ve been trying for years to take away our fast cars and stick us on high-speed rails they can’t actually get built or, worse yet, make us take the bus.

Don’t eat steak, they tell you. “Eat this fungus. It’s better for you and better for the planet. You can get used to the taste.”

No, comrade, you can get used to the taste.

If they see you taking your guns down to the range for a little recoil therapy, the poor dears might have a heart attack.

Harmful fun — like fourth-trimester abortions or neutering young’uns for political sport — well, that’s another story. The Left can’t get enough of that stuff.

I bring up all this unpleasantness because two stories crossed my desk today that drive home the headline: Democrats want people to die.

The first is that the Left’s war on vaping is about to go nuclear:

Coming up on @KTLAMorningNews: The FDA is reportedly set to ban Juul from selling its vaping products in the U.S.

Juul controls about 40% of the U.S. vape market.

The lefty nanny-statists at the FDA have been itching to crack down on vape manufacturers, demanding to know whether their “menthol and tobacco-flavored products provide enough health benefits as alternatives to traditional cigarettes to warrant remaining on the market.”

In our once-free country, it is now incumbent on manufacturers of mostly harmless pleasure products to prove to unaccountable bureaucrats that they “warrant” being on the market.

If you had to choose a safer delivery mechanism for the otherwise mostly harmless fun nicotine provides, you’d choose vaping over smoking every single time.

But no, not for death-worshipping Dems.

The second story is that the Biden Administration will propose a new rule — not a law, an administrative fiat — to limit the amount of nicotine in cigarettes.

The rule, expected in May 2023, would be designed with the goal of making it easier for tobacco users to quit and help prevent youth from becoming regular smokers, according to a document released by the White House Budget Office.

You know what smokers who can’t get their nicotine fix out of a cigarette will do?

Believe me, I know. I’ve been there and lit that.

Remember, it isn’t the nicotine that kills — it’s the smoke. And Democrats and other so-called health advocates have taken it upon themselves to do everything in their power to get nicotine users to light up instead of vape, and to light up more often.

Cigarette sales — and the tax revenues they provide — have been declining for decades. The Biden Administration is taking two actions that will bolster sales of deadly smokes.

Because Democrats want people to die for the sin of enjoying some small pleasure, especially if that’s what it takes to protect their sacred tax collections.

Also for our VIPs: It’s Official: WaPo Wokester Taylor Lorenz Is the Most Insufferable Person Alive