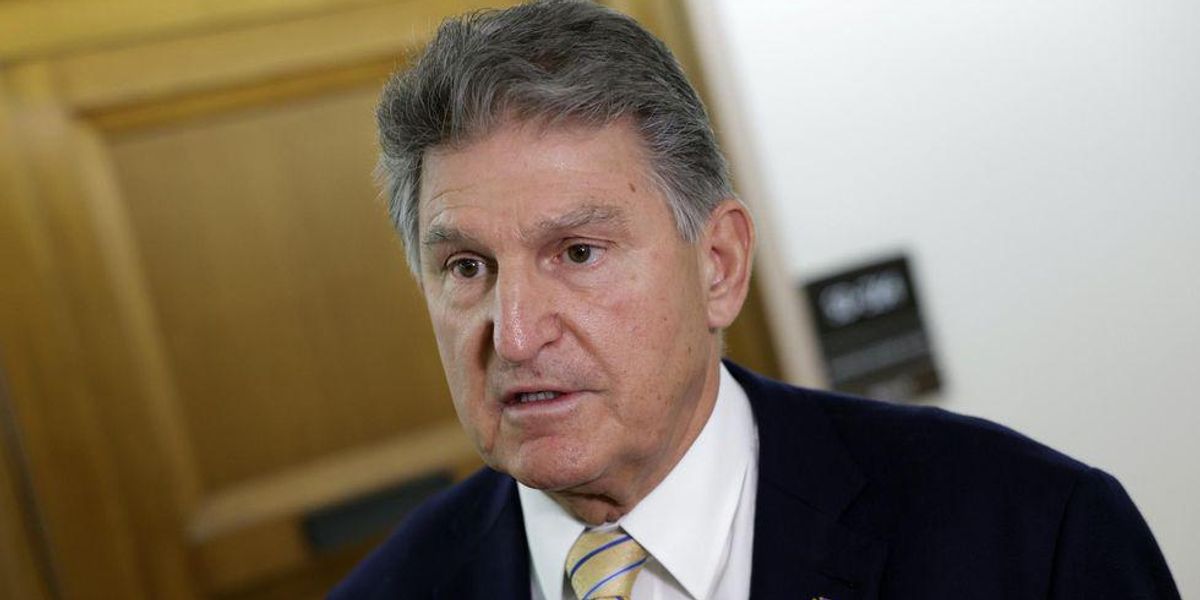 Democrat Sen. Joe Manchin of West Virginia yet again signaled that he was going to thwart President Joe Biden’s plans after he commented on the president’s proposal for a gas tax holiday.

Biden and his party have suffered increasingly bad polling as the price of gasoline continues to climb. On Wednesday, the president proposed to implement a gas tax holiday to offer Americans some small sense of relief.

Manchin said that he was not supportive of the plan.

“I’m not a yes right now, that’s for sure,” Manchin said to ABC News hours ahead of a scheduled announcement by the president.

Manchin said that the gas tax holiday would result in far less revenue for the Highway Trust Fund that pays to fix roads, bridges, and highways.

“Now, to do that and put another hole into the budget is something that is very concerning to me, and people need to understand that 18 cents is not going to be straight across the board,” Manchin explained. “It never has been that you’ll see in 18 cents exactly penny-for-penny come off of that price.”

Manchin said that he and others also took issue with the timing of Biden’s proposal.

“My other would be the political ramification. It goes off at the end of September. Which politician up here is going to be voting to put that 18-cent tax back on a month before the November election?” added Manchin.

Manchin trampled on Biden’s new plan by referring back to the inflationary consequences of the massive pandemic relief legislation he passed.

“We put over $5 trillion out into the marketplace and it’s all forgotten and all we have now is higher inflation and really more hardship on people that need some good decisions here in the Congress,” Manchin continued. We just need to start looking at the long-term effect of what we are doing and how we are doing it.”

Republicans have voiced their opposition to the plan, meaning it is unlikely to pass the Senate without the full support of all Democrats. Some called it a “gimmick” while others said it would likely lead to higher prices later.

Democrats and far-left progressives have excoriated Manchin for tanking their spending plans, but many economists believe further massive spending would have made inflation even worse.

Here’s the interview with Manchin: