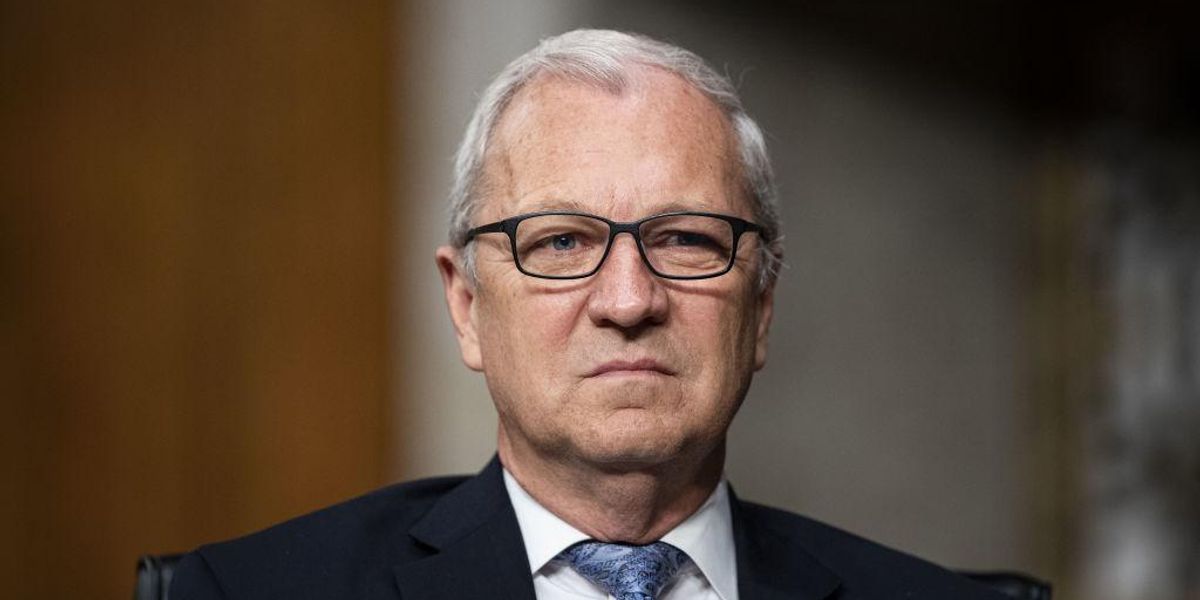 Republican Sen. Kevin Cramer of North Dakota recently had the end of his pinky finger stitched back on after suffering an injury, and he now faces the risk of getting an infection and potentially needing to have the end of his finger amputated.

“While working in the yard over the weekend, I sustained a serious injury to my right hand, which required immediate surgery. I continue to remain in North Dakota close to medical care as there is a high risk of infection and the possible need for finger amputation,” Cramer said in the statement. “I am alert and in good spirits. Although I am missing this week of votes and hearings, I am monitoring Senate business closely and in constant contact with my colleagues and staff. I plan to return to Washington, after the Independence Day state work period and expect to be doling out a lot of left-handed fist bumps.”

Forum News Service reported that the senator said as he was attempting to move a big rock, it rolled onto his pinky finger and ring finger, tearing the tip of the little finger off and crushing the other finger.

“Right when I looked at it I knew it was severe,” the lawmaker said, according to the outlet. “It was pretty nasty.”

The end of the little finger was stitched back on at the hospital. The senator said the possibility for infection is high and he could potentially need to have the end of the pinky finger amputated.

He remarked that he is grateful that the incident did not inflict more harm and that “the worst-case scenario isn’t that bad.”

Cramer’s communications director Molly Block tweeted that the lawmaker was joking “that his future @NFL career is over.”

Cramer has served in the U.S. Senate since 2019 and had previously served several terms as the representative for North Dakota’s at-large congressional district.

President Joe Biden is pushing for a federal gas tax holiday, urging Congress to suspend the tax on gas as well as the tax on diesel for 90 days.

“Suspending the gas tax is nothing more than a knee-jerk political stunt providing minimal relief while blowing a hole in our infrastructure funding,” Cramer said in a statement. “Asking Congress to suspend the 18-cent-per-gallon gas tax is a feckless motion to Americans paying $5 at the pump to drive to work and take their long-delayed vacations,” he said. “If the Biden Administration is serious about combating inflation and lowering gas prices, they need to take a complete 180 on their energy policies and pro-regulation agenda.”

“The President is also calling on Congress to make sure that a gas tax holiday has no negative effect on the Highway Trust Fund,” according to the White House. “With our deficit already down by a historic $1.6 trillion this year, the President believes that we can afford to suspend the gas tax to help consumers while using other revenues to make the Highway Trust Fund whole for the roughly $10 billion cost. This is consistent with legislation proposed in the Senate and the House to advance a responsible gas tax holiday.”