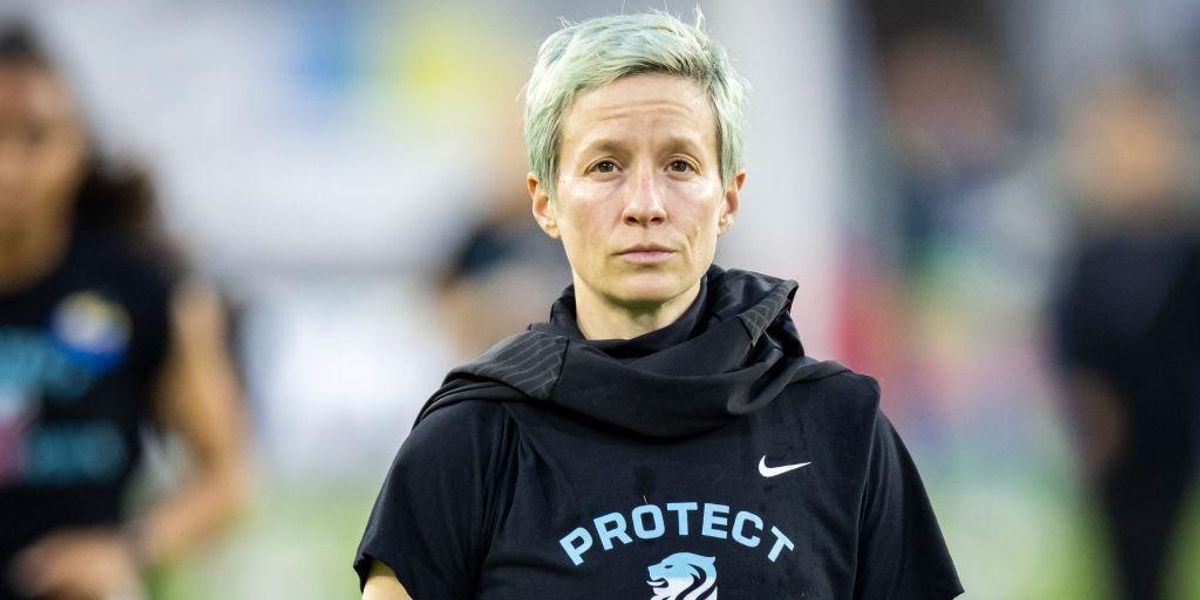 “Show me the evidence that trans women are taking everyone’s scholarships, are dominating in every sport, are winning every title. I’m sorry, it’s just not happening. So we need to start from inclusion, period. And as things arise, I have confidence that we can figure it out. But we can’t start at the opposite. That is cruel. And frankly, it’s just disgusting,” the soccer player said.

The issue was spotlighted when Lia Thomas, a biological male, scored many wins against female competitors while swimming as a member of the University of Pennsylvania women’s team — the school even touted Thomas as “the first Quaker female swimmer to win an NCAA individual title.”

u201cud83eudd47ud83cudfc6nnLia Thomas wins the 500 free at the NCAA Championships.nnClick the link to read about our day in Atlanta u2935ufe0fnnud83dudcf0 https://t.co/Ti2L5ej9Pznn#FightOnPennu201d

The issue extends to various sports. Taylor Silverman, a female skateboarder, has spoken out about the topic: “I am a female athlete. I have been skateboarding for eleven years and competing for several years. I have been in three different contests with trans women, two of which I placed second,” Silverman noted in a statement.

Rapinoe told Time that “so much of this trans inclusion argument has been put through the extremely tiny lens of elite sports. Like that is not the way that we need to be framing this question. We’re talking about kids. We’re talking about people’s lives. We’re talking about the entire state government coming down on one child in some states, three children in some states. They are committing suicide, because they are being told that they’re gross and different and evil and sinful and they can’t play sports with their friends that they grew up with. Not to mention trying to take away health care. I think it’s monstrous.”

“I would also encourage everyone out there who is afraid someone’s going to have an unfair advantage over their kid to really take a step back and think what are we actually talking about here. We’re talking about people’s lives. I’m sorry, your kid’s high school volleyball team just isn’t that important. It’s not more important than any one kid’s life,” Rapinoe said.