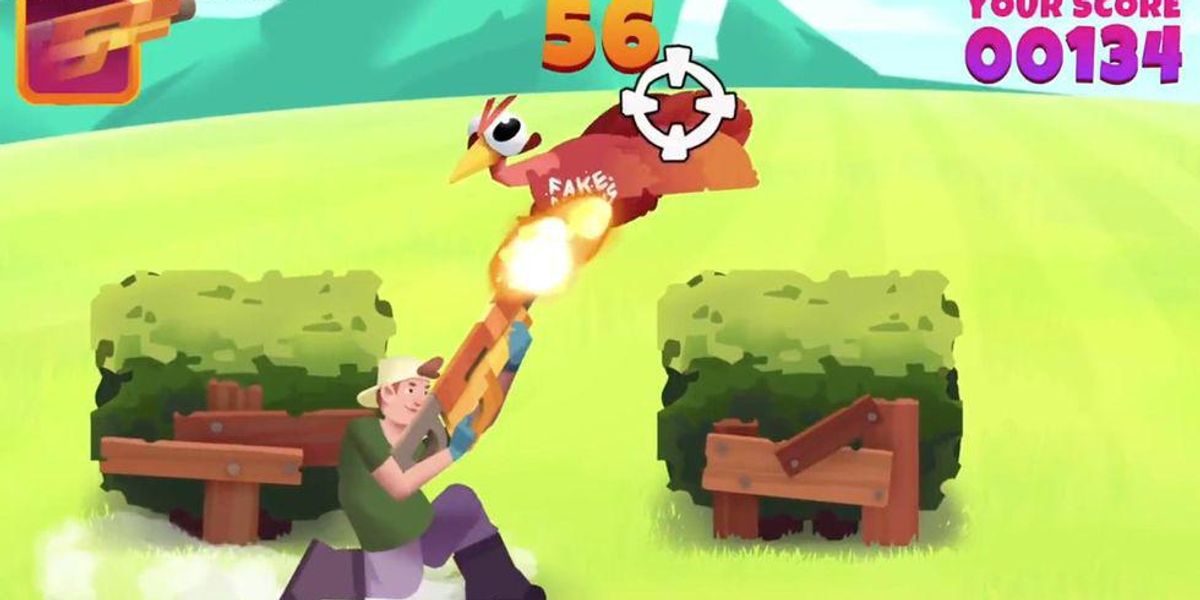 Kyle Rittenhouse announced that he planned to release a video game where players can shoot “fake news turkeys” in order to help him fund lawsuits against news organizations that he claims slandered him.

Rittenhouse was excoriated by the left after he used an AR-15 to shoot three men in self-defense during the Black Lives Matter rioting in Kenosha, Wisconsin. Two of those men died, but Rittenhouse was acquitted by a jury of charges and became a hero for Second Amendment supporters.

On Thursday, Rittenhouse tweeted about his video game venture.

“I am releasing a video game to fight back against the fake news! It’s called Kyle Rittenhouse’s TURKEY SHOOT,” he tweeted.

u201cI am releasing a video game to fight back against the fake news!u00a0u00a0nnItu2019s called Kyle Rittenhouse’s TURKEY SHOOT.nnGo to https://t.co/0sMQGRY56t and pre-order the game now!u201d

“It’s time to fight back against the fake news machine,” says Rittenhouse in his video.

“This is why I’m launching the Kyle Rittenhouse Fake News Turkey Shoot video game,” he explains. “The media is nothing but a bunch of turkeys with nothing better to do than push their lying agenda and destroy innocent people’s lives.”

Rittenhouse has hinted that he would be filing defamation lawsuits against the various news outlets that he says unfairly maligned him. He has also said that he plans to sue NBA star LeBron James for a tweet mocking Rittenhouse and comedian Whoopi Goldberg of “The View” for her comments.

“Right now we’re looking at quite a few. Politicians, celebrities, athletes. Whoopi Goldberg’s on the list. She called me a murderer after I was acquitted by a jury of my peers. She went on to still say that,” he said in an interview February.

“The second amendment saved my life. EVERYONE deserves the right to protect themselves,” he tweeted.

Here’s more about the Rittenhouse case:


Listen to Kyle Rittenhouse ‘AUTHENTICALLY’ tell his OWN story