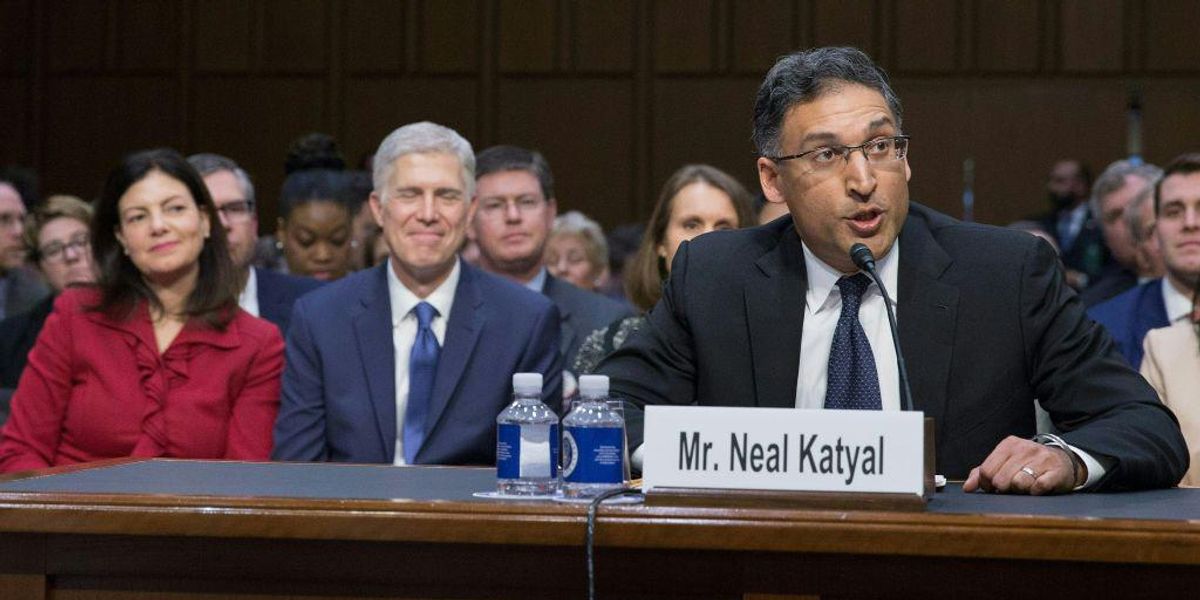 Neal Katyal, who describes himself as a “Supreme Court lawyer,” tweeted that it would “be very weird if [the] Supreme Court ends a constitutional right to obtain an abortion next week, saying it should be left to the States to decide, right after it just imposed a constitutional right to concealed carry of firearms, saying it cannot be left to the States to decide.”

Katyal is a law professor and author, has argued cases before the Supreme Court, and has previously served as acting solicitor general of the U.S.

In a gun-related ruling released on Thursday, Justice Clarence Thomas wrote in the opinion, “Because the State of New York issues public-carry licenses only when an applicant demonstrates a special need for self-defense, we conclude that the State’s licensing regime violates the Constitution.”

A leaked Supreme Court draft majority opinion has indicated that the high court is poised to strike down Roe v. Wade, a move that would enable states to ban abortions. Supreme Court watchers have been awaiting the release of the official ruling, to find out if it is in line with the leaked draft.

“The Constitution does not prohibit the citizens of each State from regulating or prohibiting abortion. Roe and Casey arrogated that authority. We now overrule those decisions and return that authority to the people and their elected representatives,” the leaked draft opinion reads.

In response to Katyal’s comments, numerous commenters pointed out that while the Constitution includes the right to bear arms, it says zilch about abortion.

“The right to bear arms is in the Constitution. The right to an abortion is not. So this might explain the weirdness,” Dinesh D’Souza tweeted.

“No, because the the right to keep and bear arms is actually in the Constitution. Abortion is not – which is the point,” Kurt Schlichter tweeted.