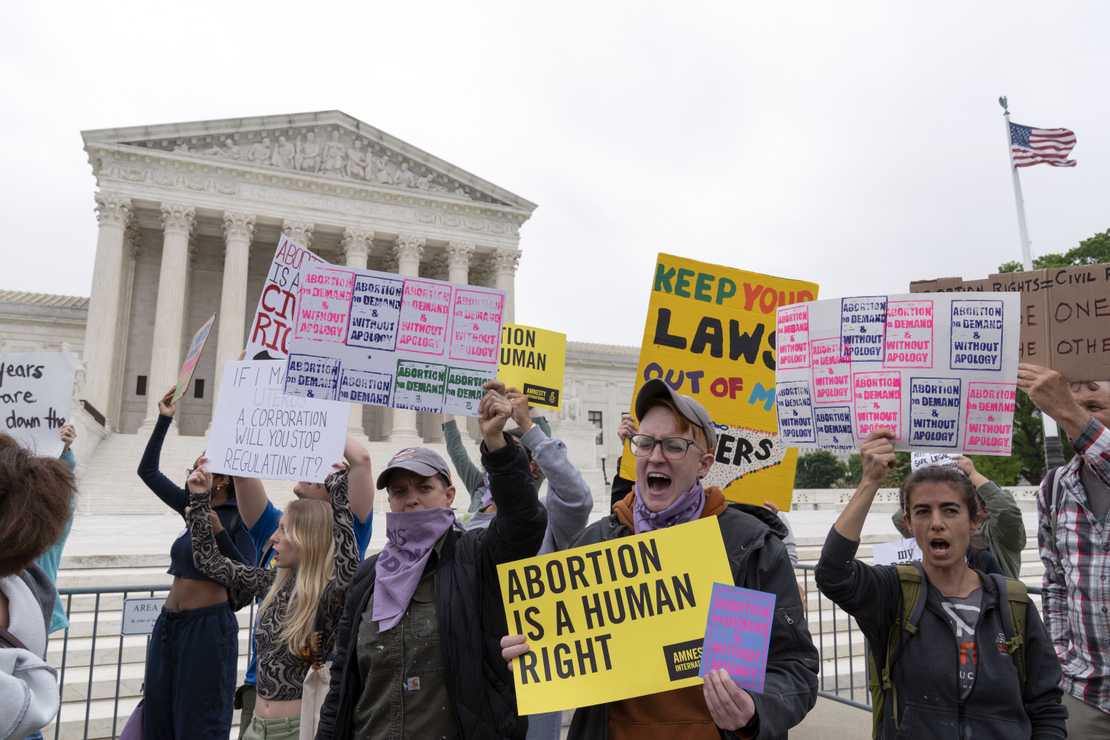 On Friday, it finally became official. The Supreme Court of the United States overturned Roe v. Wade and Casey v. Planned Parenthood. This outcome has been expected ever since the leak of the draft opinion of Dobbs vs. Jackson Women’s Health Organization, and the passage of time has done little to assuage their despair.

Now that the decision has been officially made and the issue of abortion has been sent back to the states, we need to discuss how the only people the left have to blame for the overturning of Roe v. Wade and Casey are themselves.

It’s true. Regarding abortion, the radical left has pushed for laws so far out of the mainstream that widely supported, reasonable restrictions are quickly challenged. The radical left doesn’t want the slightest restriction on abortion. When Mississippi restricted abortion to the first 15 weeks of pregnancy, radical leftists challenged the law, and now they have to kiss Roe v. Wade and Casey v. Planned Parenthood goodbye.

These radical leftists don’t get that the 15-week restriction passed in Mississippi is as mainstream as it gets on abortion. But they were too busy protecting the profits of the abortion industry that funds them to realize that their efforts might backfire. Instead, they look at polls that show that a substantial majority of Americans support Roe v. Wade and abortion being legal. However, according to Gallup, a plurality of  Americans (70%) either oppose abortion (20%) or favor limits on it (50%).

The key word here is limits. While the radical left adamantly opposes reasonable restrictions on abortions, like parental consent laws, gestational limits, and ultrasound requirements, Americans are generally okay with them. A majority of Americans also oppose taxpayer dollars being spent on abortions.

But, it was ultimately a challenge to Mississippi’s gestational limit that took down Roe v. Wade, and the radical left should have looked before they leaped.

Related: The Left Freaks Out Every Time They Don’t Get Their Way

According to Gallup, six in ten American adults believe abortion should generally be legal in the first trimester (12 weeks) of pregnancy, but support drops by half (to 28%) for the second trimester and down 13% in the last trimester.

Abortion statistics also show that the Mississippi law would not impact most abortions. According to the Guttmacher Institute, 89% of abortions are performed in the first 12 weeks of pregnancy, while only 1.3% are performed after 20 weeks.

Americans’ views on abortion are far more complex than Democrats want you to believe, and had the Mississippi law not been challenged, Roe would still be a precedent today. When it comes to abortion, the left got greedy. Very greedy. Too greedy. Suppose every single state in the union adopted similar laws as Mississippi. In that case, it might have cut into Planned Parenthood’s profits a tiny bit, but it would have a minimal impact on the number of abortions performed in America.

So, we’ll hear a lot of doomsday predictions, but in the end, I suspect blue states will enshrine abortion in state law, some states will impose modest limits on abortion, and a few may ban it outright. For most of America, I suspect very little will change. Will that inconvenience the abortion industry a little bit? Sure. Maybe they’ll think twice before challenging laws that Americans overwhelmingly support.