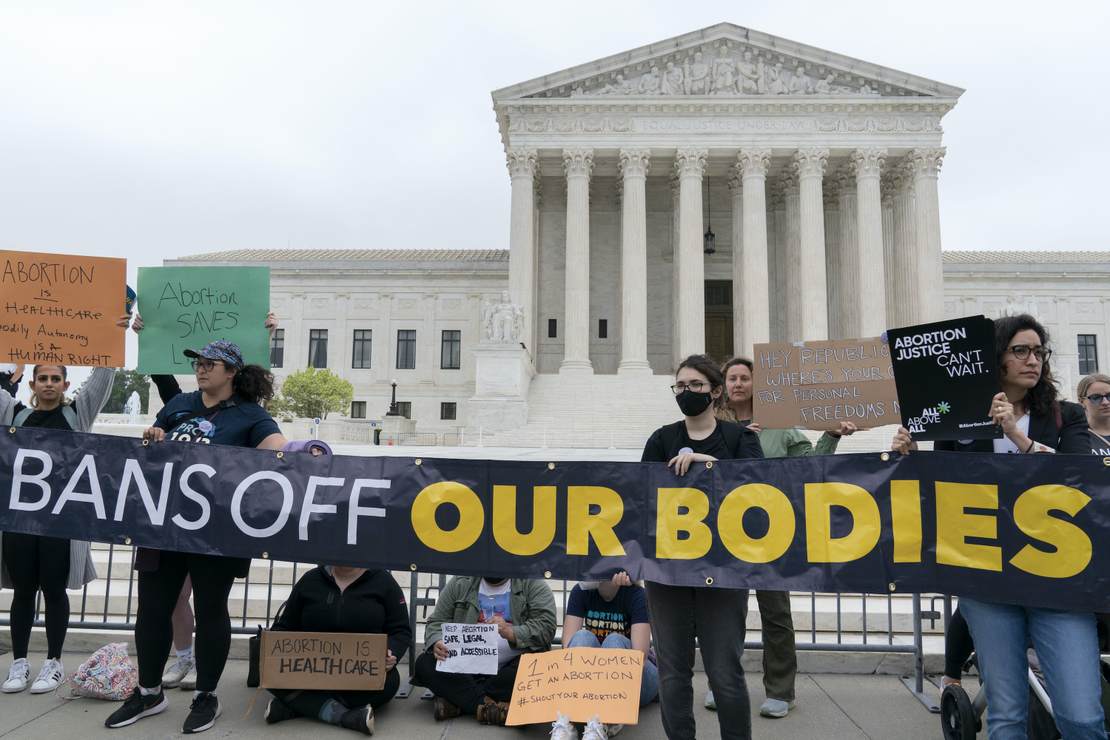 After the Dobbs case was announced that ended the practice of abortion in states that choose not to allow it, Hillary Clinton tweeted out this response:

Hillary Clinton is wrong. It takes two people — a male and a female — to create another human being. The doctor should not be involved in a decision on whether a woman should get pregnant because the doctor is not vested in the outcome.

I’ve never understood the idea that abortion is solely a woman’s “choice.” It may be that the man who impregnates a woman isn’t interested in remaining with her or in sharing responsibility for raising a child. That’s his loss.

But we live in a different world than when Roe v Wade was first decided. Back in 1973, Justice Blackmun, a former attorney for the Mayo Clinic, believed that abortion would be a decision made by a husband and wife. The “right to privacy” that was recognized by Roe fell within the confines of a consulting relationship between a doctor and a married woman. It was not all-inclusive and it didn’t exclude the male partner in the decision.

This is where pro-abortion advocates went off the rails. By demanding the right for a woman to unilaterally terminate the life growing in her womb, they made the abortion debate about women’s rights instead of about the health and welfare of all. They excluded half the population from having a say in baby-making because they are male.

Making babies is not a single-sex operation, no matter what feminists say. Conversely, those men who claim that contraception is a woman’s responsibility, as is the end result of a sexual relationship if a child is conceived, need to take a hard look at themselves in a mirror. What kind of a man abandons his primary responsibility of manhood like that? It’s no wonder there are 600,000 abortions in the U.S. every year.

The way that nature fixed it (or God planned it), men and women need each other. And sharing the burden — and joy — of raising children is nature’s way of propagating the species. By programming the human brain so that the sexes are co-dependent on each other — chemically bound and joined at every level — nature was assuring that the next generation would survive.

Today, about 40 percent of children are born to unmarried mothers, up from 28 percent in 1990. Of course, societal norms have changed and many of those babies are born to loving couples in committed relationships.

It’s no guarantee those couples will remain together, and the same can be said for married couples. Today, around a quarter of all children grow up in a single-parent household. But the separation of a mother and father is no reason to abort a pregnancy in the first place. Everyone deserves a chance.

And if there’s one thing our Constitution is supposed to do it is protect the weakest among us. But the liberal justices didn’t see it that way.

In their joint dissent, the court’s liberal justices blasted the majority for a decision that “says that from the very moment of fertilization, a woman has no rights to speak of.”

“A State can force her to bring a pregnancy to term, even at the steepest personal and familial costs,” the dissent said.

“At the very moment of fertilization,” the woman and/or man made a conscious decision not to use any contraception, thus rolling the dice on having a child.

Should the state also make good on the gambling losses of casino goers? That’s a ludicrous metaphor but it gets the point across. Man + Woman + Sex, Sometimes = Babies. Deal with the consequences or (shame on me for suggesting it): don’t have unprotected sex.

The end of Roe is not the end of pro-abortion agitation. There will be accommodations, compromises, and legal arrangements that will allow abortions under certain circumstances in all states.

But the pro-abortion forces are going to have to find another argument on which to base their “right” to abortion.