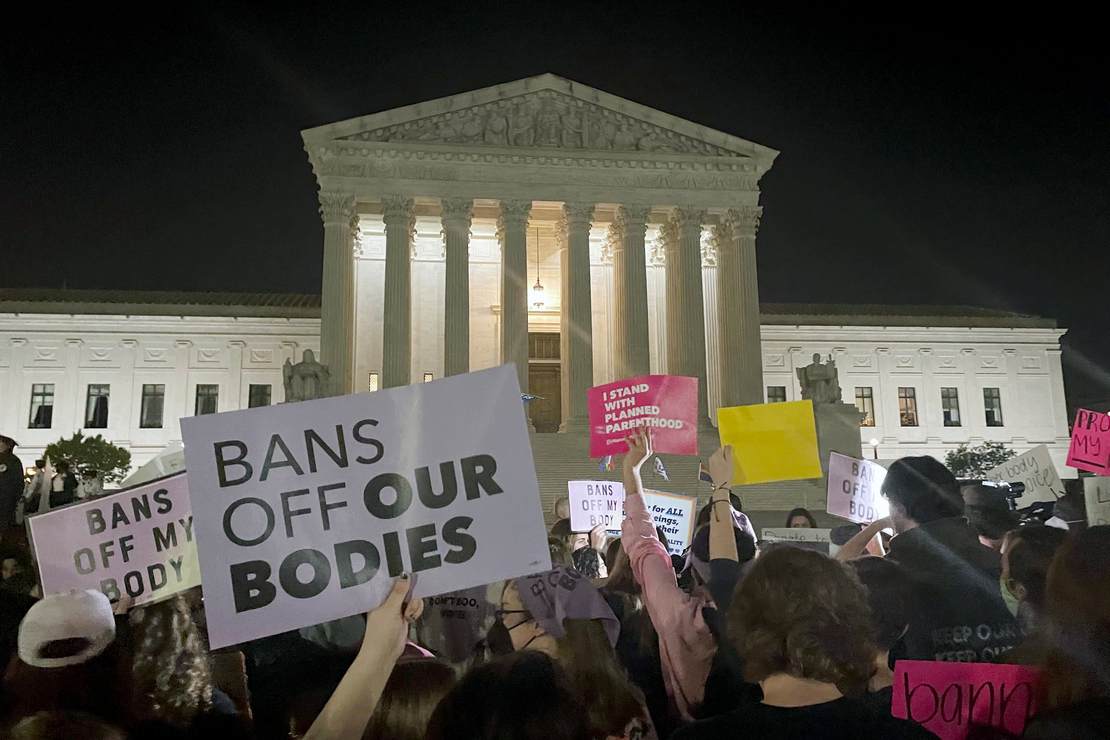 There was a point after the leak of the draft opinion of Dobbs v. Jackson Women’s Health Organization where things chilled out for a while. Yes, the pressure campaign against the conservative justices on the court continued, but, for the most part, people were talking about other issues. Why? Go to the grocery store or the gas station, and you’ll see why.

I’m looking forward to the days when the outrage mob settles down and people remember that far more pressing concerns are facing the nation. It’ll happen, but Democrats have to raise money for their campaigns, so the fearmongering will probably go on for a little while.

And boy, is it being dished out in abundance. Of course, we’ve all heard the usual rhetoric, with leftists implying that abortion is suddenly illegal, or that women are now second-class citizens, etc., etc. — you know, the typical moronic talking points. But an article featuring triggered leftists bemoaning the Supreme Court gave me a chuckle this morning.

“You now have the least democratic branch of the federal government on an ideological agenda to roll back liberties that are extremely popular with the general public in America,” he said. “It is a recipe for potential unrest, certainly demonstrations and political turmoil, as they seem intent on a course of action that will run counter to the will of the public.”

David Smith of The Guardian even had the audacity to call the recent rulings by the court “judicial activism.”

Now, that’s cute — leftists complaining about judicial activism. Cry me a river. Leftists have been relying on judicial activism for decades to impose their agenda or block laws they don’t like. President Trump couldn’t even turn around without liberal interest groups challenging him in the courts.

While I’ve already pointed out that support for Roe v. Wade is far more nuanced than liberals will admit, it is utterly disingenuous for anyone on the left to complain about something they think is popular being overturned. This is the modus operandi of the left.

Creating the right to abortion out of thin air despite it not being anywhere in the Constitution? That’s judicial activism.

The court’s ruling in Dobbs, however, wasn’t judicial activism. Heck, one could argue it wasn’t even a pro-life victory as much as it was a victory for federalism. Pro-abortion leftists will nevertheless make false claims of judicial activism to undermine the court for daring to make a ruling they didn’t like.

The Gory Details the Transgender Cult Doesn’t Want You to Know About
‘Protect pregnant men from climate discrimination’: Conservative group runs ads with preposterous messages that highlight the absurdity of left-wing ideology
Putin Wants a Fleet of Aircraft Carriers and Has Also Maybe Eaten Shrooms
Severed foot found floating in the Abyss Pool hot spring of Yellowstone National Park
North Dakota school board ends reciting the Pledge of Allegiance because of the words ‘under God’