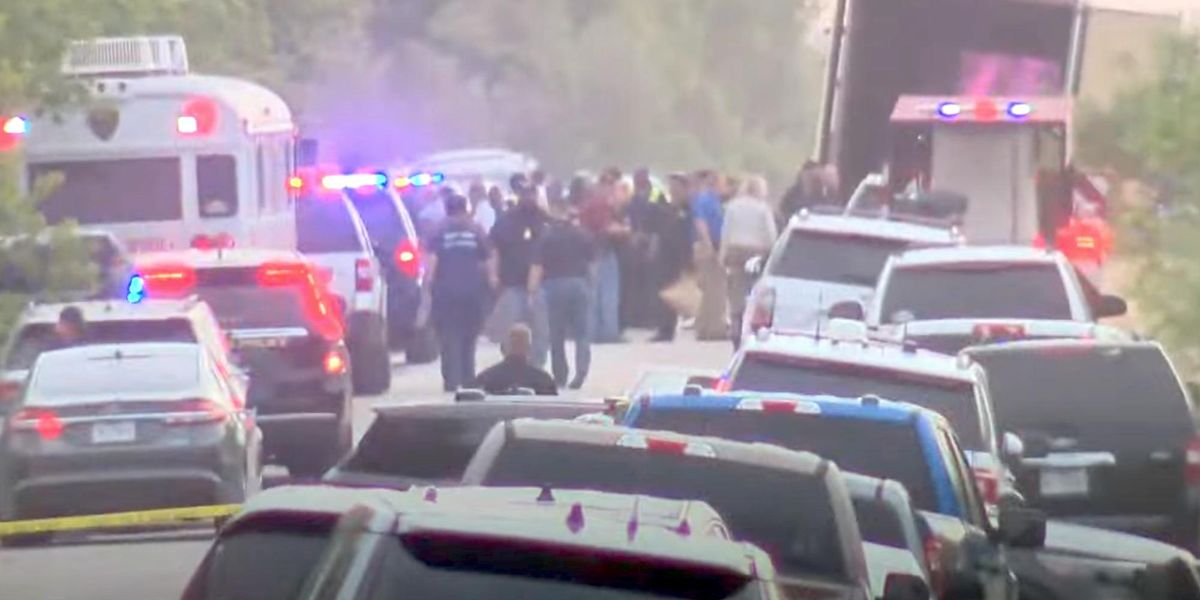 A horrendous scene was discovered by police in San Antonio, Texas, in a tractor-trailer where at least 46 illegal aliens were found dead and the death toll could climb higher.

The 18-wheeler vehicle was found on Monday at Quintana road and Cassin road in a secluded area in the southwest of the city.

Local news outlets reported a large law enforcement response of at least 20 emergency vehicles to the incident at about 6 p.m. Multiple sources from the San Antonio Police Department told KSAT-TV that 16 others were found alive and transported to hospitals for treatment.

A KSAT crew also documented a mass casualty evacuation ambulance at the site.

At least 5 victims were reported in critical condition at Baptist Medical Center hospital.

Republican Gov. Greg Abbott responded to the tragedy on Twitter and blamed it on the lax border enforcement policies of President Joe Biden.

“These deaths are on Biden. They are a result of his deadly open border policies. They show the deadly consequences of his refusal to enforce the law,” he tweeted.

A similar horror unfolded in July 2017 when a trailer full of illegal aliens was abandoned at a Wal-Mart in San Antonio. Eight of the nearly 40 migrants were found dead from the heat and two others lated died at hospitals in that incident.

“They were very hot to the touch. So these people were in this trailer without any signs of any type of water,” said San Antonio Fire Chief Charles Hood at the time. “It was a mass casualty situation for us.”

The driver of the truck was later sentenced to life in prison over the deaths.

Here’s footage at the scene from KSAT-TV: