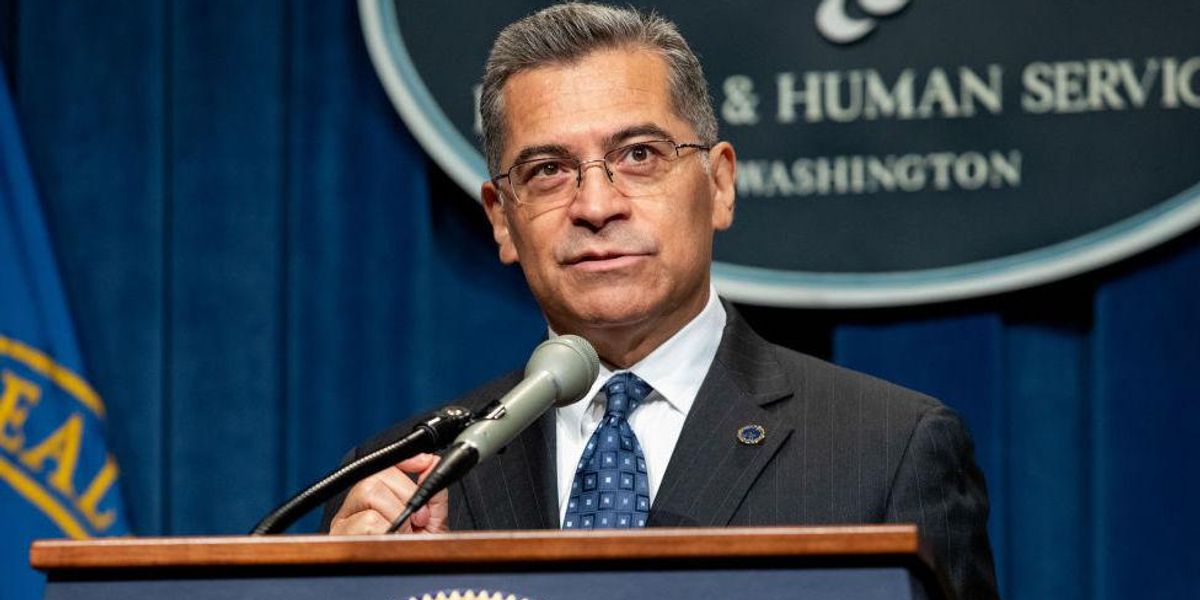 The admission comes as lawmakers, like Sen. Elizabeth Warren (D-Mass.) and Alexandria Ocasio-Cortez (D-N.Y.), urge the federal government to use federal lands for abortion. Warren even suggested on Monday that national parks be used.

“They could put up tents, have trained personnel — and be there to help people who need it,” Warren said. “It’s time to declare a medical emergency.”

What did Becerra say?

Speaking at a press conference, Becerra disclosed that “every option is on the table.”

“What I can tell you is that we are aware of a number of ideas and proposals, many of which we have been considering internally ourselves,” Becerra said “We have made no decisions yet. We certainly would have a conversation with the president to make sure we implement his directives to us in trying to protect women’s reproductive health care services.

“Every option is on the table,” he added. “We will take a look at everything we can, and everything we do will be in compliance with the law.”

Meanwhile, Becerra announced his agency would ensure that victims of rape and incest, as well as mothers whose life is endangered by pregnancy, will have access to abortion medication.

“Federal law requires our programs to provide medication abortion in limited circumstances, including life of the mother, rape, or incest,” he said

Becerra’s admission that his agency is considering all avenues comes after he suggested on Saturday that he was considering using taxpayer money to transport women to states where abortion is legal.

“We are looking into everything, including assisting in transportation, something that HHS doesn’t typically do,” Becerra told NBC correspondent Kate Snow.

“Can you do that legally?” Snow followed up.

Becerra smiled and then said, “Talk to me later.”

“We’re going to be aggressive and go all the way. I would tell if — you’re recording so I won’t tell you,” Becerra said. “We are looking at every option and among those is transportation.”

The Hyde Amendment prohibits using federal taxpayer dollars to fund abortions, except in the rare circumstances of rape, incest, or to save the life of the mother. Using federal dollars to transport women to abortion clinics is almost certainly a violation of the law.