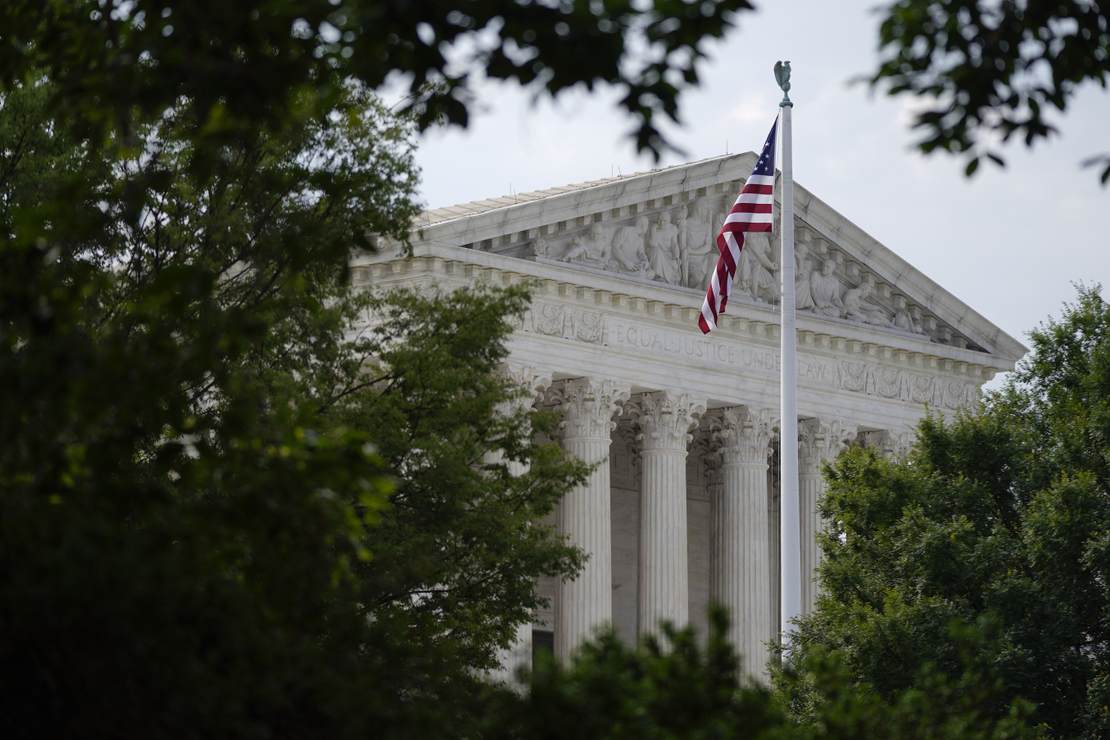 As America is still getting its bearings in the wake of the Dobbs v. Jackson Women’s Health Center ruling, we’re again seeing leftists push for court-packing—the addition of seats to the Supreme Court to change its ideological balance. Franklin Delano Roosevelt infamously tried to pack the Court to save various aspects of his New Deal agenda. His failed efforts should have warned future presidents not even to try it.

But after the death of Ruth Bader Ginsburg resulted in President Trump replacing her with a constitutional originalist, Amy Coney Barrett, Democrats were anxious for payback once Biden took office.

Biden was notoriously mum on the issue of court-packing during the campaign, but upon taking office, he formed a Presidential Commission on the Supreme Court that would study the issue and, presumably, give him and Democrats in Congress cover to expand the size of the Court and give Biden as many as four seats to fill with Ginsburg clones. But, in an amusing twist, the commission opposed expanding the Court, acknowledging that it would be seen as a partisan power grab that “could lead to a continuous cycle of future expansions.”

The overturning of Roe v. Wade and Planned Parenthood v. Casey has renewed calls for Biden to pack the Court. But according to White House press secretary Karine Jean-Pierre, Joe Biden no longer supports the idea.

“Karine, you just said that the decision of the Supreme Court does not reflect what the American — the majority of Americans want,” a reporter said. “And polls also show that, you know, the — the credibility of the — the opinion that Americans have after the Supreme Court is now very poor. So is it time, in the President’s view, to think about reforming the Court? And if so, what changes would he like to see?”

“So, I know I’ve — I’ve been asked — I was asked this question yesterday, and I’ve been asked it before — and I think the President himself — about doing, about expanding the Court. That is something that the President does not agree with. That is not something that he wants to do,” Jean-Pierre replied. “There was a commission that was put together about how to potentially move forward with the Court, reform the Court. I don’t have anything more to share from any — any final decision that the President has made.”

Biden may have thrown cold water on the idea for now, but let’s not pretend the Court will ever be safe from being packed by the left when the conditions are ripe for them to do so. Why? Because in their eyes, they think they’re fixing the Court if they pack it.

Related: Maxine Waters Calls for Insurrection: ‘The Hell with the Supreme Court’

“We’re not packing the Court; we’re unpacking it,” Rep. Jerry Nadler (D-N.Y.) boldly claimed last year after unveiling the Judiciary Act of 2021, a bill that sought to expand the Supreme Court by four seats. The legislation never went anywhere because it was dead in the water; Sens. Krysten Sinema (D-Ariz.) and Joe Manchin (D-W.V.) opposed it. Under different circumstances, you can be bet Democrats would have pushed it through. According to them, any time a Republican nominee is confirmed to the Court, that’s court-packing. If they ever get a comfortable majority in Congress and the White House again, you can bet they’ll try to do it. Right now, Biden’s handlers know any legislation to expand the court won’t survive, so there’s no reason to try.

Commissioner Rettig insists that the 87,000 additional IRS agents will not be used to increase audit scrutiny on small businesses or the middle class
ABC Allows 19 Seconds on Seizure of GOP Rep’s Phone; CBS, NBC Ignore
White House touts ‘Big news’ that the national average price for a gallon of gas has fallen below $4 per gallon
Morning Joe Hilarity: Back to ‘Are the Walls Closing In On Trump?’
FBI raid on Mar-A-Lago backfires spectacularly as lawmakers call for NULLIFICATION of corrupt federal agencies like FBI, IRS, EPA, ATF, DOJ