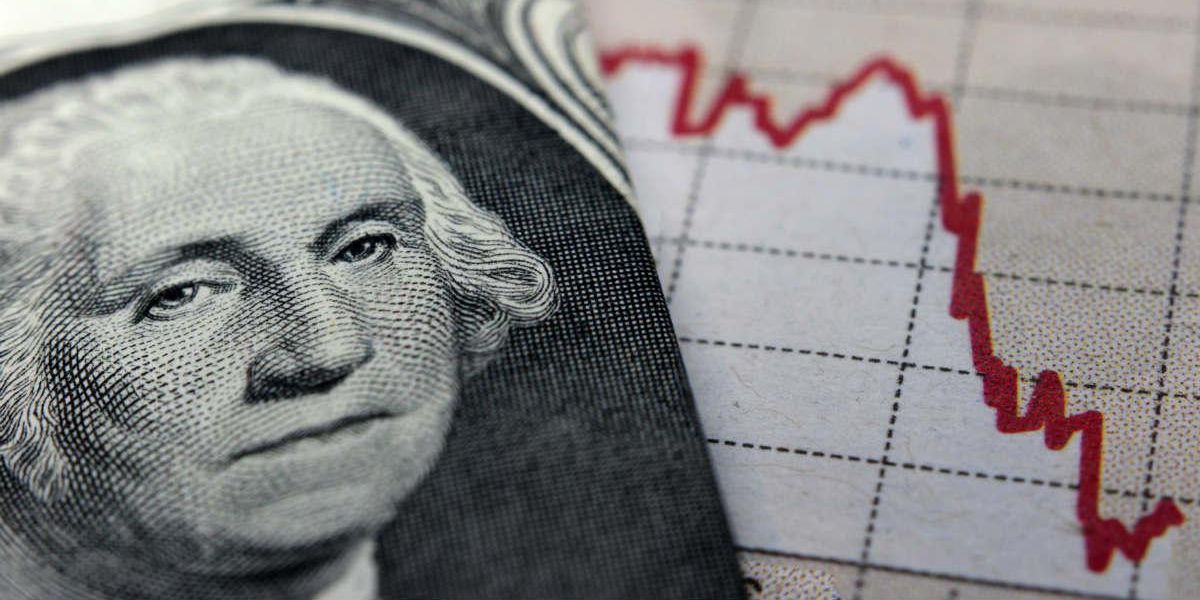 With the Federal Reserve trying to cool the economy in an effort to stop the inflation that the Fed helped create in the first place, a wide variety of investors, business leaders, and analysts are upping their predictions of a recession.

The old-school investor definition of recession is two consecutive quarters of year-over-year GDP contraction. Given that the first quarter’s GDP was negative, we very well could be in a recession today. However, given that recessions are officially declared by the National Bureau of Economic Research (NBER) after the fact, and that the NBER has given itself latitude in terms of a non-definition, our economic situation may not officially be declared recessionary.

But whether it comes now, later this year, in 2023, or otherwise, the backdrop for you and people all over America is the same: There will be further economic challenges and hardships to fight through.

So, what are some smart money moves you can make today with this backdrop? Here are five suggestions to research further.

Important: This is not financial advice. It is meant to give you information to help you do additional research. You should consider your own objectives and financial position and speak with a financial adviser, if possible.

Beef up your emergency fund

Just about any financial expert worth their salt will advise you to have an emergency fund on hand to give you some breathing room during tough times. The advice on how many months’ worth of expenses you should be able to cover will vary, but now is really the time to be conservative. With rising prices and the possibility that more companies will start to lay off workers and business owners will face more economic challenges, having at least nine to twelve months of cushion is prudent.

That may be a tall order today; do whatever you can to make this happen. This may include forgoing some purchases or vacations, taking on a side job, and knowing where you can access additional cash if needed.

If you have revolving debt, like credit cards, at high, adjustable rates, also work to get those down as quickly as possible. Rising rates plus a tough economic environment make a risky proposition.

If you or your family members are in a position to make some investments during this time, the U.S. Treasury Series I Bonds (“I bonds”) are something to seriously consider. These are government-issued savings bonds that combine both a fixed interest rate and an adjustable interest rate, the latter of which is calculated two times during the year based on changes in the CPI inflation rate. Interest is earned monthly and compounded semi-annually.

The electronic bonds come in any amount from $25 to $10,000, but there is a firm cap of $10,000 total per calendar year per Social Security number. Paper bonds have fixed denominations and are capped at $5,000 total per calendar year. The bonds have thirty-year durations, but you are only obligated to hold them for one year. However, there’s a catch: If you cash your bonds in before the five-year mark, you will lose your previous three months of interest.

If you have the ability to tie up a portion of your savings for five years and don’t mind the paperwork of opening a new account, I bonds can be used as a partial inflation hedge, along with your other portfolio strategies. The Treasury has announced that the I Bond Composite Rate is currently 9.62% for I bonds bought from May 2022 through October 2022, which applies for the first six months after the issue date. It will then be recalculated based on the next six-month computation. To learn more or open an account, visit the Treasury Direct website.

For items you believe will continue to go up in price, try to lock in pricing today, so you aren’t paying even higher prices in the future. Talk to goods and service providers and see if they will give you a discount for bulk purchases or paying in full today.

I did a previous article here on some other suggestions, which range from going direct to the farm for food purchases, bartering, and getting rid of recurring charges, like subscriptions, that you don’t need. You can see the full list here.

Maxing out your employer’s 401k match is one of the best money moves you can make in any environment. Even though volatility in the market will likely remain, it is still important to take advantage of and contribute at a minimum up to whatever amount the employer will match. You will, in effect, up to double your money instantly. Plus, employer contributions are tax-deferred, just like your own contributions.

If you work for a company where you can negotiate getting some stock options, it is also a good time to do so, especially for public companies. When the stock prices are depressed, you may have the opportunity for more future upside, so consider asking your company abut that.

Finally, while there is a very good case to be made that the market will fall from here based on reductions in earnings expectations, even the savviest full-time investors have a hard time timing the market. Research from Bank of America and other major financial services firms shows that missing just the 10 best days of the market can have serious impacts on your total returns. If you missed the 10 best days during the 2010s, your recovery would have been cut in half. Since 1930, sitting out the ten best days would give you a return of 28%, but staying in with those ups and downs would have netted you a whopping 17,715%! That’s quite a difference.

A hedge is, generally speaking, one or more investments that are positioned to offset the other investments in your portfolio. These are investments expected to go up or remain constant, or at least lose less value, when others in the portfolio go down for any number of reasons. Some people think of hedges as insurance policies against the more risky areas of their portfolios.

As I noted, an I bond can be an inflationary hedge. Consider seeking out other investments that aren’t directly correlated to the other investments in your portfolio. Physical precious metals, such as gold, may play a role as a potential hedge, given their long history of being used as such. As with the other suggestions, the amount you should hold will depend on your portfolio holdings today and risk tolerance. If you haven’t hedged what you own, get on that right away.

It’s unfortunate that we have to be in this situation that was highly avoidable, but given the economic backdrop, the best thing you can do now is to be prepared and take action.

Shouldn’t We Be Asking if Serial Election Loser Hillary Had a Role in All This Mar-a-Lago Nonsense?
Liz Warren says ‘everyone’ told her they would have voted for her in the presidential primary if she had a penis
Is This Trump’s Moment to Officially Announce His 2024 Candidacy?
No more quarantines or test-to-stay in schools, CDC reveals sweeping changes to COVID-19 guidance
CBS gets savaged for pushing study blaming climate change for childhood obesity: ‘May be one of the dumbest things I’ve read in a while’