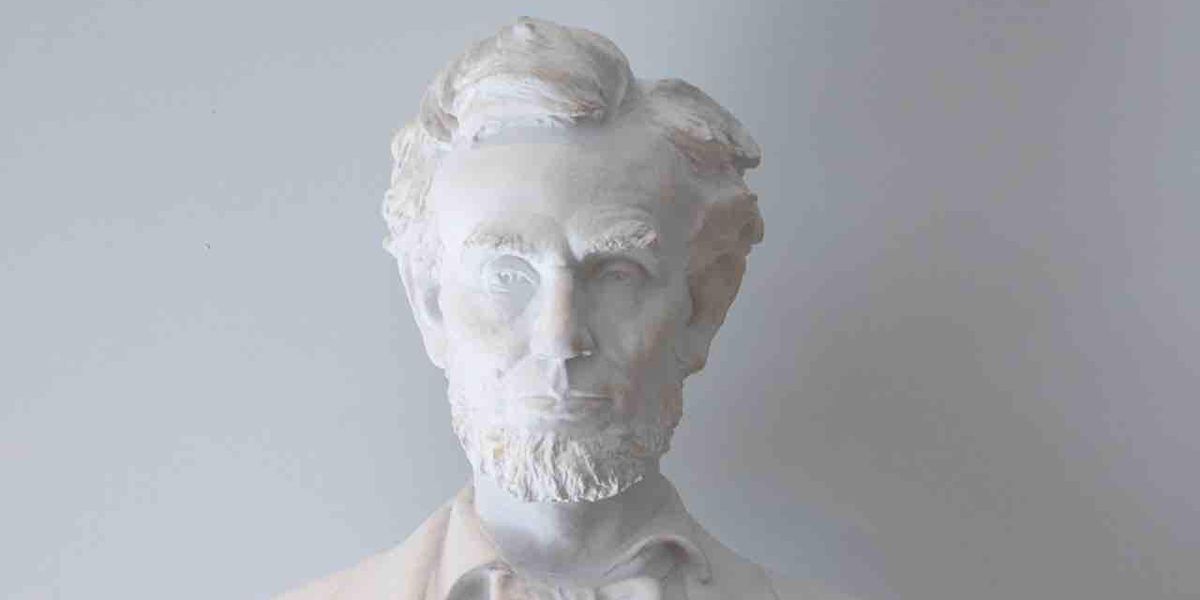 A bust of Abraham Lincoln and a bronze plaque of his Gettysburg Address were removed recently from Cornell University’s library after “someone complained,” a professor at the Ivy League school told the College Fix.

Biology professor Randy Wayne noted to the outlet that several weeks ago he stopped by Kroch Library — which contains Cornell’s rare and manuscript collections — and noticed the bust and plaque were gone.

Wayne added to the College Fix that he asked librarians about the disappearance, and all they could say was that the bust and plaque were removed after a stink was raised about them.

“Someone complained, and [they were] gone,” he told the outlet.

Wayne added to the College Fix that the objects were replaced with “well, nothing,” leaving a bare white wall.

The bust and plaque have “been there since I can remember,” Wayne noted to the outlet.

According to a Facebook photo, the bust and plaque have been on display in the library since at least 2013, the College Fix said.

Wayne on Thursday emailed Cornell University President Martha Pollack and asked about the missing objects, the outlet said. Wayne told the College Fix that Pollack had not responded to his inquiry.

The outlet said the president’s office and Cornell media affairs haven’t responded to its email over the last week, nor to a phone call Monday, asking about what happened to the Gettysburg Address plaque and Lincoln bust and why they were removed.

“The Gettysburg Address is an incredible speech,” Wayne told the outlet. “We have a handwritten copy in Lincoln’s hand. It is known as the Bancroft Copy. It comes with an envelope signed by Lincoln (using his franking privilege), and a letter to [historian George] Bancroft, thanking him for requesting a copy of the address to put in a book to be sold for charity.”

Wayne added, “I show these documents to my class, as well as the heavy iron manacles worn by slaves. Yes, we have a Lincoln legacy that has been inspirational to me and my students. To take his words [and bust] out of the hallway says something about our love of liberty,” the College Fix said.

While the details of the reported complaint about the Lincoln bust and Gettysburg Address plaque aren’t known, plenty of historical objects were toppled, removed, and vandalized during the riotous summer of 2020 due to their connections to slavery. Statues of Lincoln and another former president, Theodore Roosevelt, were torn down in Portland in the fall of 2020 after a “day of rage.”

MSNBC Anti-Trump Melodrama: ‘Vote As If Your Life Depends On It—Will We Survive?’
Doesn’t a Raid on the Opposition’s Presidential Candidate Deserve a Thorough Explanation to the American People?
‘Now, the gloves are off’: Christina Pushaw resigns from role as press secretary for Florida Gov. Ron DeSantis and joins the DeSantis re-election campaign
Bari Weiss: NY Times Editor Wanted to Check with Schumer on Tim Scott Op-Ed
Senator warns Democratsâ Inflation Reduction Act is a âwar on seniorsâ