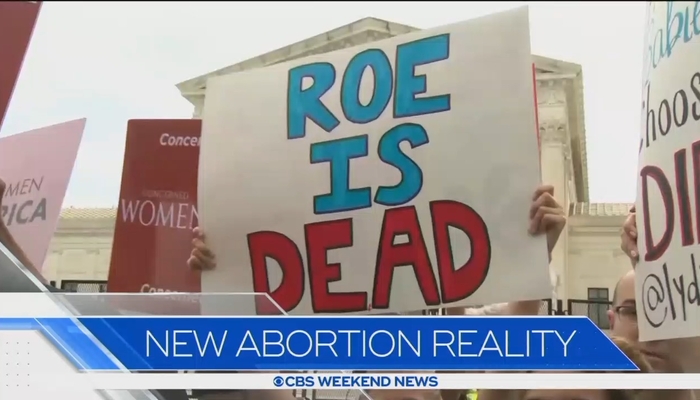 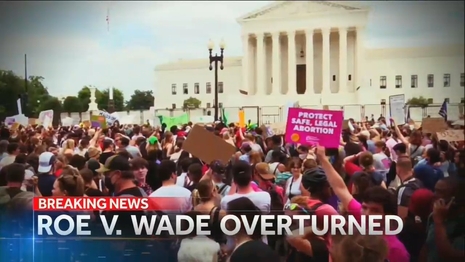 As pro-abortion radicals rioted and attacked pro-lifers in the wake of the Supreme Court overturning Roe vs. Wade, the network newscasts mostly looked the other way. They offered scant coverage and repeatedly insisted that the last several days have been “mostly” or “largely” peaceful.

MRC analysts looked at every morning and evening newscast on ABC, CBS and NBC, from Friday night (the day of the Supreme Court ruling) through Wednesday morning. In all that time, they allowed 120 seconds to discussing the numerous examples of attacks against pro-life individuals and organizations.

Here are just some of the violence that has happened since Friday:

So how did the networks respond? On CBS Mornings and the CBS Evening News, journalists mentioned attacks against pro-lifers for 26 seconds. On the Today show and NBC Nightly News, the coverage amounted to an additional 26 seconds. ABC’s Good Morning America and World News Tonight allowed 68 seconds. In total, this was a scant 120 seconds devoted to the violence and intimidation across the country.

Instead, the journalists offered a tired cliche to downplay violence: Mostly peaceful. On Monday’s CBS Evening News, Jan Crawford insisted, “Largely peaceful, there were scattered acts of vandalism and another attack on an anti-abortion pregnancy center like this one in Virginia.”

On the same day’s CBS Mornings, she echoed, “Now, over the weekend the protests remained largely peaceful.”

On the June 27 Good Morning America, Rachel Scott parroted, “The protests were mostly peaceful.” On Sunday’s World News Tonight, Linsey Davis explained, “Most of the marches have remained peaceful.” But reporter Devin Dwyer showcased how this claim didn’t match by quickly mentioning two incidents of violence by abortion supporters:

Peaceful protests over abortion rights punctuated by isolated incidents of vandalism and violence. Windows smashed at the Vermont statehouse. In Colorado, a Christian pregnancy center threatened and burned.

On Saturday’s NBC Nightly News, reporter Ali Vitali chose an odd example for her “largely peaceful” assertion: “The protesters largely peaceful, gatherings once again outside the Justices’ D.C. area homes, Friday.” Considering that, in early June, a man attempted to assassinate Justice Brett Kavanaugh by traveling to his home with guns, this is hardly reassuring.

Of the meager coverage, the attacks on the Arizona State House got the most attention, still a meager 49 seconds. Monday’s Today allowed 15 seconds on the violence. Reporter Jesse Kirsch described the scene: “In Arizona, authorities say groups tried to break into the state Capitol with legislators still in session as state troopers deployed tear gas.”

We are currently [here] being held hostage inside the Senate building due to members of the public trying to breach our security. We smell tear gas and the children of one of the members are in the office sobbing with fear.

Doesn’t sound “peaceful,” does it?

Here’s how Fox covered some of the attacks:

Last week, my NewsBusters colleague Bill D’Agostino and I explained how the networks were refusing to cover the pro-abortion terrorist group Jane’s Revenge. They have still failed to say the name of the group out loud, even as violence and harassment is escalating all across the country. Pro-life Americans and organizations are under assault by a radical mob. Journalists have a responsibility to cover these acts of violence before someone gets killed.

The CDC Is Compromised, Let’s Not Pretend Otherwise
7 Times Democrats Pled the Fifth or Refused to Testify
Yes, Trump Is Right to Be Concerned That the FBI Planted Evidence. Here’s Why.
DEVELOPING: At Least 3 People Shot in Parking Lot at Six Flags Great America in Metro Chicago
Walls Closing In AGAIN? CNN Legal Analyst Predicts Indictment of Trump Is ‘Imminent’