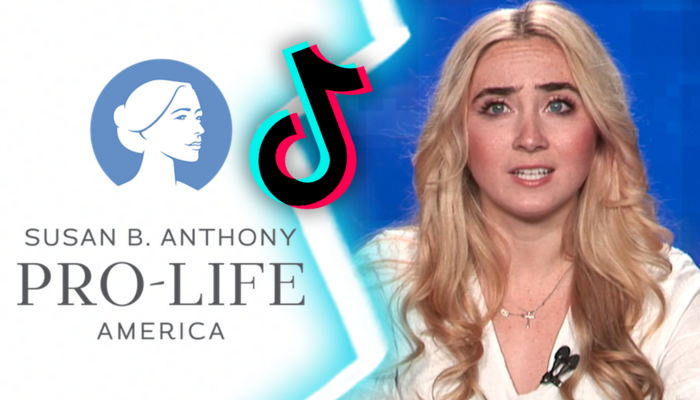 It’s Episode 44 of CensorTrack with TR. This week, we talked about how Big Tech banned Susan B. Anthony Pro-Life America on the same day the U.S. Supreme Court released its decision on Dobbs v. Jackson Women’s Health Organization.

On Friday, the U.S. Supreme Court overturned Roe v. Wade. It was a momentous day in American history and pro-lifers everywhere. Pro-life groups like SBA are celebrating and using social media to share their joy about the good news.

Pro-abortion Big Tech is notorious for banning content that is pro-life, and TikTok’s recent  banning of SBA’s account is just another example of this truth.

TikTok ignored the MRC’s question about which specific guideline(s) SBA supposedly violated, and instead told us that the SBA account was “restored within a few minutes.” SBA Digital and Creative Director Andrew Moore called that statement “a complete lie,” and said the account was not accessible until Saturday afternoon.

TikTok has previously banned other pro-life groups including Live Action and Students for Life of America for posting life-affirming content. TikTok has also censored many of MRCTV’s videos about abortion.

The SBA case is CensorTrack’s 4,000th instance of biased censorship, and the fight for life now appears to be part of the broad fight against the leftist tactics of Big Tech as well.

Watch below for the forty-fourth episode of CensorTrack with TR! We encourage you to post and share it across all social media. If you have been censored, contact us at www.CensorTrack.org, and use #FreeSpeech to point out more of Big Tech’s unacceptable bias.

Check out our recent episodes:

Conservatives are under attack. If you have been censored, contact us at the Media Research Center contact form, and help us hold Big Tech accountable.