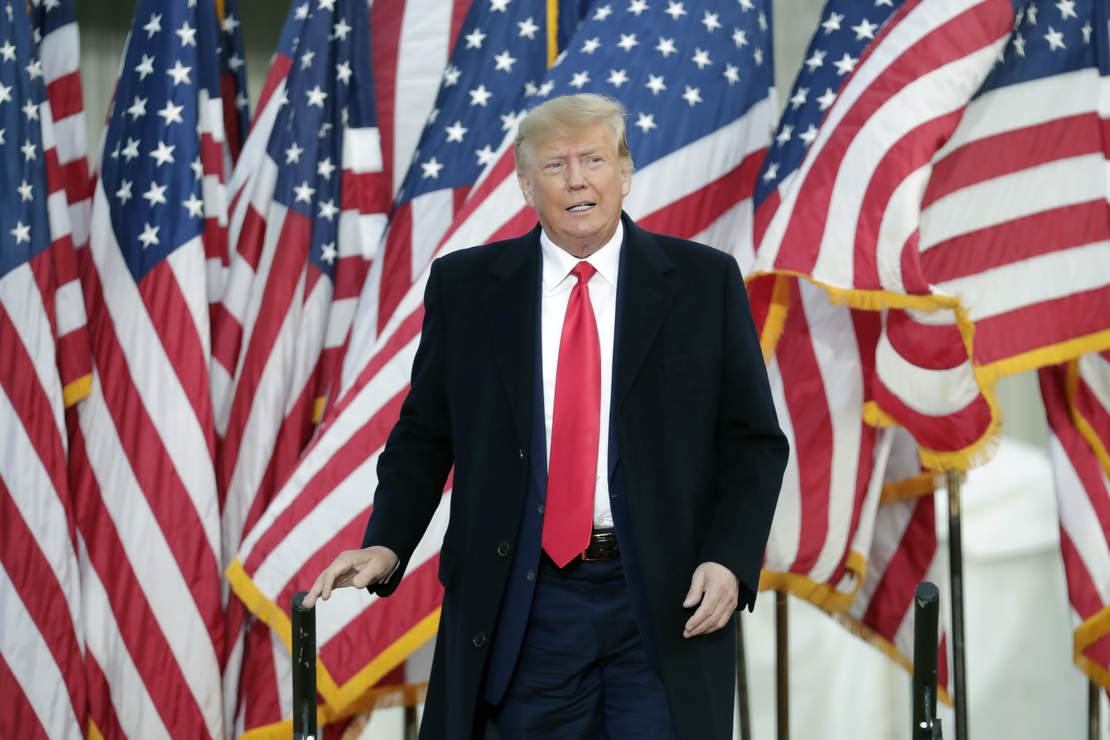 Donald Trump’s nearly unerring political instinct for picking winners continued on Tuesday night when all 12 of his endorsed candidates came out on top.

In truth, most of the candidates were from solidly red districts in the heart of MAGA country. But there were at least three races where Trump’s endorsement proved decisive.

Some MAGA candidates who weren’t specifically endorsed by Trump failed to win. They included Tina Peters, a candidate for secretary of state in Colorado, who is currently under indictment for 10 felony and misdemeanor counts including tampering with election equipment and official misconduct. Peters lost to fellow Republican Pam Anderson, the former Jefferson County clerk.

Naturally, Peters said Anderson cheated. She told the AP, “looking at the results, it’s just so obvious that it should be flipped.

In Colorado, State Rep. Ron Hanks, who attended the “Stop the Steal” rally in Washington on January 6, lost to businessman Joe O’Dea for the GOP nomination for the Senate seat in the Centennial State.

Hanks became famous for an ad campaign that featured the candidate shooting at an electronic copier dressed up as a Dominion voting machine.

Like Peters, Hanks failed to win Trump’s endorsement. But in Illinois, gubernatorial candidate State Senator Darren Baily prevailed over the establishment’s handpicked candidate, Aurora Mayor Richard Irvin, who was seen as having a much better shot at upsetting incumbent governor J.B. Pritzker in deep-blue Illinois.

Seeing Irvin as a bigger threat, Democrats poured massive amounts of money into ads attacking Irvin while spending millions on ads claiming that Bailey was “too conservative” for Illinois.

Then, Trump appeared in Illinois last Saturday and endorsed Bailey, sealing his victory and giving the Democrats the match-up they wanted.

But Trump world disagrees with any talk of him taking the Democrats’ bait by backing Bailey.

“I think in the right atmosphere Illinois will be competitive,” added the strategist, who asked to remain anonymous to speak more freely.

Perhaps the Democrats should be more careful of what they wish for.

Related: Mo Brooks Shows How NOT to Concede an Election

The most consequential victory for Trump on Tuesday was his endorsement of Rep. Mary Miller over another GOP incumbent, Rodney Davis. Davis decided to run in the far more GOP-friendly 15th district after his 13th district had been gerrymandered by the Democrats.

He should have taken his chances and run in his old district.

Davis was one of 35 House Republicans who last year voted for a bipartisan and independent commission to investigate the Jan 6, 2021 deadly attack on the U.S. Capitol by right wing extremists and other Trump supporters who aimed to disrupt the congressional certification of President Joe Biden’s 2020 election victory. The bill to create the commission was downed in the Senate and House Democrats eventually set up a select committee of mostly Democrats to investigate the storming of the Capitol.

Trump took aim at Davis and praised Miller at Saturday’s rally in the district. On the eve of the rally, Miller charged in an interview with Fox News that Davis “stabbed President Trump in the back multiple times and the people in the 15th district don’t appreciate it. Voting for the January 6 Commission has outraged people.”

There was one Democratic primary of note. The Illinois 6th District race pitted two sitting House Democrats against each other due to redistricting. Rep. Sean Casten defeated AOC-ally and radical Rep. Marie Newman, by nearly 2-1.

Casten’s teenage daughter had passed away unexpectedly two weeks before the primary. Both candidates suspended their campaigns at the time.

Newman had ousted Rep. Dan Lipinski in the Democratic primary in 2020. Lipinsky was one of the strongest supporters of Israel in Congress and was one of the last right-to-life Democrats in the House.

It was a good night for Trump and Republicans, who appear to have chosen candidates who can win in November.