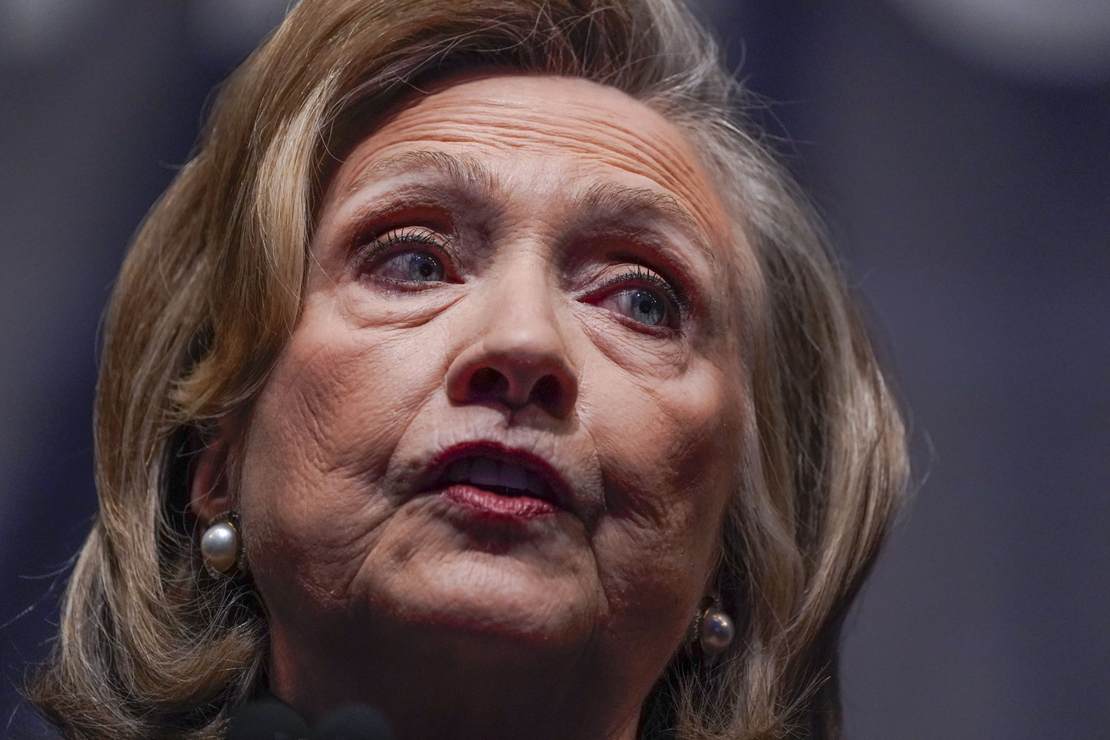 Yawn… another day, another whisper about Hillary Clinton possibly running for president again in 2024.

All this talk about Hillary Clinton possibly running for president again in 2024 reflects less on her and her viability in a third attempt at the presidency than it does on Joe Biden and the general consensus that Democrats don’t feel like continuing their reenactment of Weekend at Bernie’s: White House Edition through a presidential election. It was a lot easier to hide Biden in his basement during the pandemic, but putting him out on the campaign trail is a recipe for disaster and everyone knows it.

“The presidency is a monstrously taxing job and the stark reality is [Biden] would be closer to 90 than 80 at the end of a second term, and that would be a major issue,” Barack Obama’s former chief strategist, David Axelrod, told the New York Times earlier this month. “He looks his age and isn’t as agile in front of a camera as he once was.”

But, let’s get real. Hillary had her moment… twice… and failed. If you’re a Democrat voter, any candidate with a pulse is a step up from Biden (save for Kamala Harris, who nobody likes), but all Hillary brings to the table is name recognition and more baggage than a discount airline could handle.

And you don’t even have to take my word for it. Mark Penn, who served as her top strategist during her 2008 presidential campaign, also thinks it’s time for Hillary to hang up her broom (my words, not his) and let someone else less corpse-y than Biden have a shot at it.

“I don’t think the country wants to go back to candidates who have run before, whether that is Hillary, Biden or Trump. Clinton’s national ratings are below Trump’s at this point,” Penn told Fox News.

But, all signs point to Hillary wanting to run. For sure, she denies wanting to, but that’s her way of saying she totally would. Why?  Because it’s always a safe bet that whenever she is talking she is lying.

Besides, she’s been saying the quiet part out loud for a while now. Earlier this month she insisted she wasn’t going to run. “No, out of the question,” she said. However, there was one small caveat. “First of all, I expect Biden to run. He certainly intends to run. It would be very disruptive to challenge that.”

Well duh, she wouldn’t challenge a sitting president running for reelection. But, we’re talking about Biden—the guy no one expects to run in 2024 anyway. Then,  on Tuesday during an interview with CBS, she claimed she missed the “day-to-day of politics,” but could not “imagine” mounting another presidential bid. Even co-host Gayle King pointed out that it wasn’t a definitive “no.” Because it wasn’t.

“What I can imagine is staying as active and outspoken as I can because I think … our country is really on the precipice, Gayle,” Hillary said. “I think that we are looking at not only the erosion of these rights — the throwing the door open to unfettered, unregulated gun access — but we’re also looking at dismantling the federal government, how it protects our air and our water and everything else that goes along with it.”

This is exhausting, Hillary. The only thing more obvious than Biden not running again in 2024 is your desire to run in 2024. So, just  admit it.