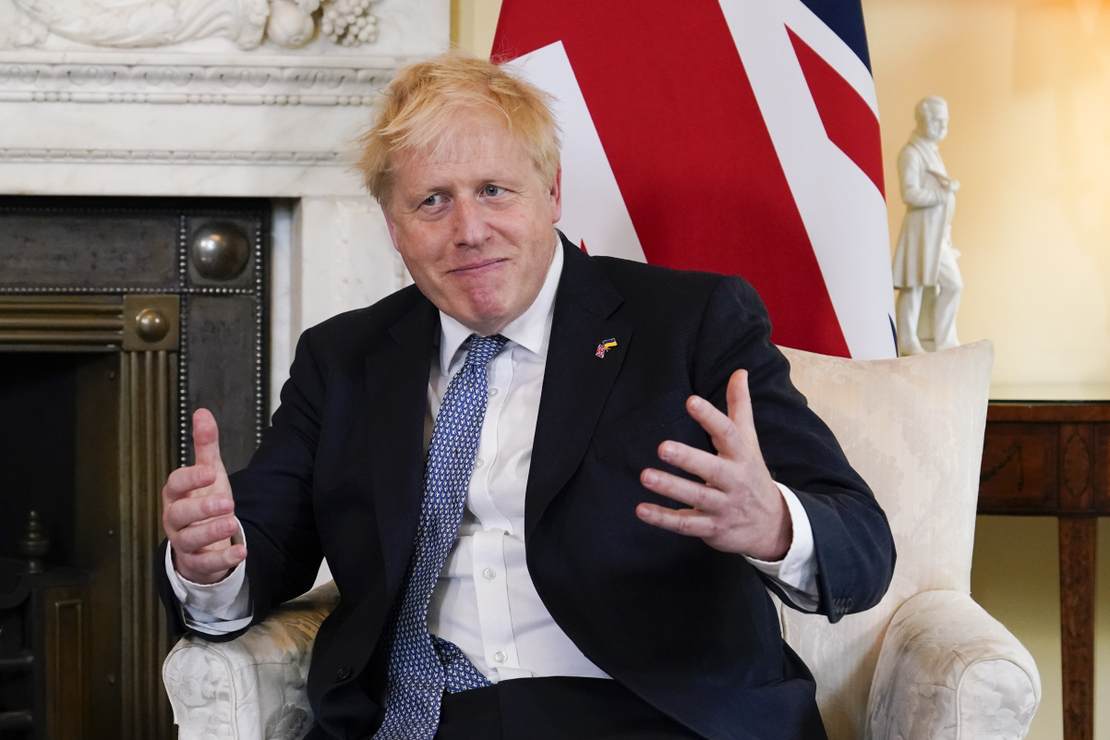 On Tuesday, British Prime Minister Boris Johnson laid some heavy wisdom on us, saying: “If Putin was a woman, which he obviously isn’t, but if he were, I really don’t think he would’ve embarked on a crazy, macho war of invasion and violence in the way that he has. If you want a perfect example of toxic masculinity, it’s what he is doing in Ukraine.” In response to Putin’s offensive maleness, Johnson called for “more women in positions of power.” Yeah, that’ll fix everything.

Johnson by all accounts is not a biologist, and so how can he possibly know that Vladimir Putin is “obviously” not a woman? But aside from the abominable and unwoke presumption of this successor of Benjamin Disraeli, William Gladstone, and Winston Churchill, Johnson’s statement demonstrates a great deal of what is wrong with the West today: all too many Western countries are suffering under weak, wrongheaded, woke leaders who think that strength of character and courage are to be rejected as “toxic masculinity.”

This is not to say that Putin has those qualities or that he should be emulated in any way. The problem with Johnson’s statement doesn’t really have anything to do with Putin at all, other than the fact that he did not invade Ukraine because of “toxic masculinity,” and the apposite response to Putin is not to reject masculinity in favor of some fetishized, fantasy concept of wise femininity that Boris Johnson belies with his multiple marriages, affairs, and children born out of wedlock.

Johnson is assuming the veracity of contemporary myths and stereotypes about women being wiser, calmer, more careful, and more nurturing than men, who are aggressive, mean, careless, and stupid. While there are certainly men and women who fit both of these characterizations, if Johnson’s words were really true, he himself should immediately resign in favor of a woman, and yet he doesn’t seem poised to do that. His immediate predecessor, meanwhile, was Theresa May, who was not wise, intelligent, capable, or competent, and whose tenure as prime minister was an unmitigated and unrelenting disaster.

Johnson’s stint on Downing Street has been little better, but May did not fail because she was a woman, and Johnson is not failing because he is a man. Both have been disasters as prime minister because they have imbibed Leftist assumptions about citizenship, sovereignty, immigration, and more and governed accordingly. Leftism devastates every land where it gains hegemony, and Britain is no exception; May and Johnson were not the cause but merely the symptoms of that once-great nation’s overall decline.

Putin himself, instead of joining Johnson in lamenting that he is not a woman, offered some common sense in response to Johnson’s woke twaddle. “I just want to recall the events of recent history,” said the toxic male of the Kremlin, “when Margaret Thatcher decided to launch military operations against Argentina for the Falkland Islands. So a woman took the decision to launch military action. Therefore it’s not an entirely accurate reference from the British Prime Minister to what is happening today.”

Related: The ‘Putin’s Price Hike’ Spin Falls Flatter Than Biden on a Bike

As if that weren’t enough in itself to expose Johnson’s ridiculousness, Putin added: “Where are the Falkland Islands and where is Britain? Thatcher’s actions were dictated by nothing less than imperial ambitions and (a desire to) confirm their imperial status.”

Putin might also have mentioned England’s sixteenth-century Queen Elizabeth I, who reigned when monarchs on the Sceptered Isle were real rulers, not just props for photo ops and tabloid scandals. The Virgin Queen, as she was known, occupied Le Havre in northern France, picked a war with Spain, and oversaw mass slaughter and forced starvation in Ireland to put down uprisings there.

Closer to our own day, Indira Gandhi, Golda Meir, and Chandrika Kumaratunga were among the women who led their countries in wartime. When Hillary Clinton was secretary of state, she showed a remarkable lack of the compassion that Boris Johnson assumes is intrinsic to females when she learned of the death of Libyan dictator Muammar Gaddafi. Upon hearing the news, Hillary, cackling ghoulishly, said: “We came, we saw, he died.”

Would someone who could say such a thing refrain from launching an offensive war if she thought doing so would be to her advantage? That’s tough to imagine. But even if she would, Johnson’s statement is no less asinine. There may come a time when Britain faces an existential threat that requires its most masculine men to stand firm, and Boris Johnson may find then that such men have been shamed and hectored out of existence. Then, as his world crashes around him and the comfortable life he has led definitively ends, he will long for the good old days of toxic masculinity.