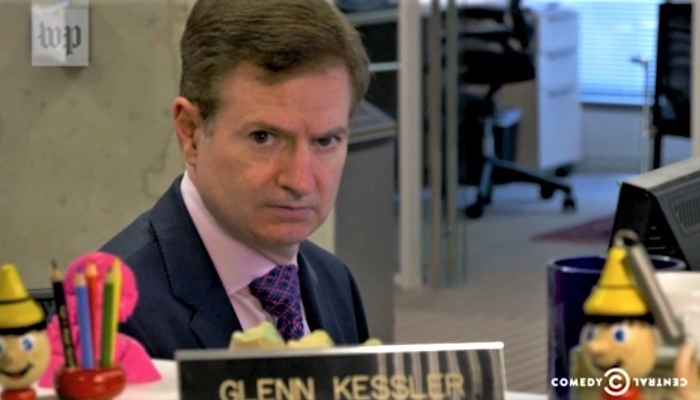 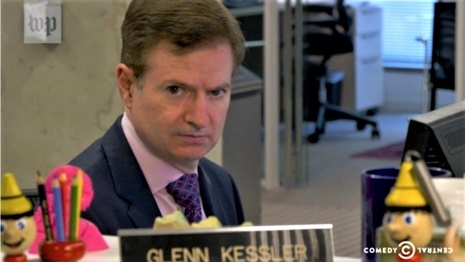 Washington Post “Fact Checker” Glenn Kessler penned an “Analysis” that was really more of a press release for “Global Fact 9,” a convention for all the “independent fact-checkers around the world” through the liberal Poynter Institute’s International Fact-Checking Network. Kessler discloses at the bottom that he’s on an IFCN advisory board.

The headline was “Fact-checking movement grapples with a world awash in false claims.” How would the world survive without “Fact Checkers”? Kessler touted the Oslo gathering “confronting a world awash in baseless claims promoted by politicians and even governments and increasingly embraced by receptive audiences.”

The torrent of false information, such as the election-fraud claims that led to the assault on the U.S. Capitol, Russian disinformation about the invasion of Ukraine and pseudoscientific assertions about the coronavirus pandemic, has emerged despite the astonishing growth of the fact-checking movement.

Yes, the “fact-checking movement” sounds a lot like a political coalition, and not just a group of fact-obsessed objective journalists. Since this originates with a liberal-media organization like Poynter, we can guess what didn’t come up at the convention (it didn’t come up in this story):

— Were we all wrong on the Wuhan lab leak theory? (Kessler said “Ahem” and amended that original stance.)

— Were we all wrong in promoting the idea that Hunter Biden’s laptop wasn’t real, it was a Russian disinformation tactic? The Post and The New York Times proclaimed in 2022 that no, the Hunter laptop was a real thing.

— Were we all wrong about anything? Ever? Is there any introspection?

Instead, Kessler and the Democracy Dies In Darkness crowd kept patting themselves on the back:

Members of fact-checking organizations from around the globe met last week for their first in-person conference in three years, confronting a world awash in baseless claims promoted by politicians and increasingly embraced by receptive audiences.https://t.co/ElmNrTDLl4

Kessler really underlines the tilt by highlighting Anne Applebaum, who explained that you can’t really fact-check Russia when it’s engaged in a long-form cascade of lies about Ukraine, which led to the curious argument that “Ukrainian President Volodymyr Zelensky has striven to demonstrate his authenticity — wearing T-shirts and shunning the trappings of power — to effectively counter the ‘contrived fake world’ of Russian President Vladimir Putin’s government.” You fight lies by what you wear?

Then this was a real tell:

Applebaum also praised the hearings by the congressional select committee on the Jan. 6, 2021, attack on the U.S. Capitol as “a really interesting example of how to present and convey facts.” She described it as “a giant fact-checking and fact-confirmation operation,” made even more compelling by the committee’s decision to feature mostly testimony by Republicans and former Trump administration officials.

As naturally as a rainbow follows rain, CNN’s Brian Stelter adored all this in his “Reliable Sources” newsletter.

All this underscores that in Liberal Media Land, they prefer a stacked partisan committee without Trump-defending Republicans on it, and it doesn’t matter if their star witness is contradicted in her hearsay accounts. What counts is a “common framework for generating knowledge” — which we can interpret as “a framework that excludes partisan Republicans.” As Applebaum wrote about the Pelosi Panel:

Aside from everything else, it seeks to restore a common framework for generating knowledge—that is, a network of people and institutions and fact-checking mechanisms whose overall story should resist even the attempts to cast doubt on one or another witness.

So the media and their “fact checkers” assemble to keep the “overall story” as the dominant narrative.

The FBI Raid on Trump Looks So Bad, Even Some Democrats Are Blasting It
7 Times Democrats Pled the Fifth or Refused to Testify
Previously rabid fans of Kamala Harris are losing faith: ‘Did I just make up a person in my head who could do those things?’
Vile MSNBC: Roe’s Overturn Serves White Supremacists’ Interests
The Biden Administration Is Acting Guilty of a Coverup After Mar-a-Lago Raid