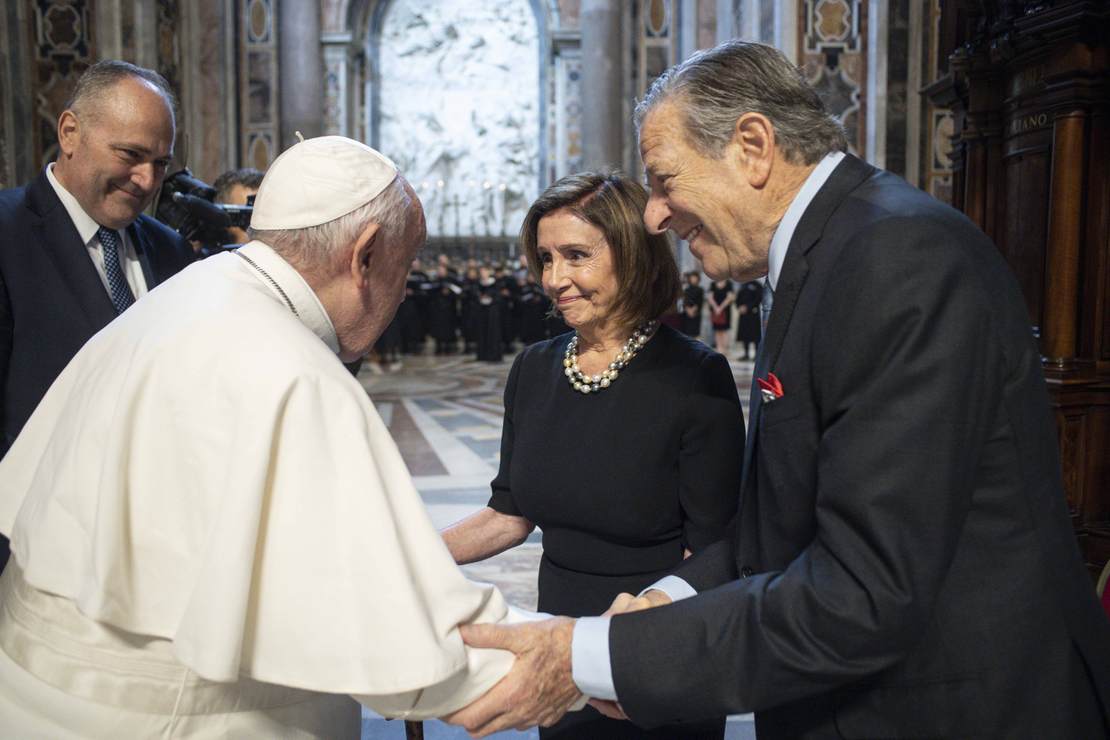 Liberalism — in both politics and religion — is a “riot of conceits,” according to the author and editor Emmett Tyrell. How else do you explain the position of Pope Francis on abortion?

The Holy Father, leader of more than a billion Roman Catholics worldwide, is a little confused. His church has stood steadfastly against abortion for as long as two millennia. The Vatican says that stance has been consistent since the first century. Historians offer a more nuanced explanation of how long the Catholic Church has opposed abortion, citing periods where it was allowed under certain circumstances.

It hardly matters. The modern Catholic Church has come out strongly against abortion since Western nations expanded abortion rights to make it an elective procedure.

Modern popes are in a difficult position on some issues like cultural permissiveness or “people vs. profits” in trying to speak truth to power while tending their flock. But on abortion, there hasn’t been any backsliding.

Speaker of the House Nancy Pelosi says she’s a Catholic. In fact, she blatantly uses her Catholicism as a political crutch to attract voters. But she is also a pro-abortion radical who makes a mockery of the church’s teachings on human life.

The conservative archbishop of San Francisco, Salvatore Cordileone, decided that Pelosi’s posturing had gone on long enough and issued a public letter denying Pelosi the sacrament of the Eucharist as long as she failed to recant her public support for abortion and confess her sins. In his letter, Cordileone rebuked Pelosi, writing, “a Catholic legislator who supports procured abortion, after knowing the teaching of the Church, commits a manifestly grave sin which is a cause of most serious scandal to others.”

What sayest thou, Francis?

Francis claims he doesn’t want to “weaponize” the Eucharist. He has described the Eucharist as “not a prize for the perfect but a powerful medicine and nourishment for the weak.” And in the hands of very powerful people like Nancy Pelosi, John Kerry, and Joe Biden, wearing their Catholicism emblazoned across their chest and brandishing the Eucharist as proof of their faith makes the pope a witting accomplice in keeping abortion legal in all circumstances.

Meanwhile, several million children are being aborted every year in Western nations — on his watch. It would seem that the leader of the Catholic Church charged with defending life is doing a piss-poor job of it.

The Eucharist has already been “weaponized” as pro-abortion politicians use their Catholicism to get elected. And if Francis doesn’t think the Catholic Church is already at war with a secular society that trivializes human life and throws children out with the garbage, he should come down from his mountaintop and see for himself the damage his policies are causing.

Francis is concerned that abortion will split the church — a church already under tremendous pressure because of its criminal coverups of priest abuse, financial malfeasance, and a shrinking clergy. He’s afraid that punishing prominent politicians for their pro-abortion views will make the split between traditional and liberal Catholics more pronounced. The issue has already split the U.S. Conference of Catholic Bishops and promises further rancor now that Dobbs has been announced.

Claiming to be “pro-life” while refusing to do the minimum to enforce canon law is not a good look for the American Catholic Church.

Florida doctor accused of raping patients during cosmetic operations found dead in a ditch with a gunshot wound to his head
Twitter Axing of COVID Misinformation Policy: A Victory for Free Speech, Not Misinformation
Ruhle, Lefty Journo Panic Over Rise of Authoritarianism in US
Man charged after drug-infused bachelor party turns deadly
Are FedEx and UPS tracking gun ownership for Biden White House?