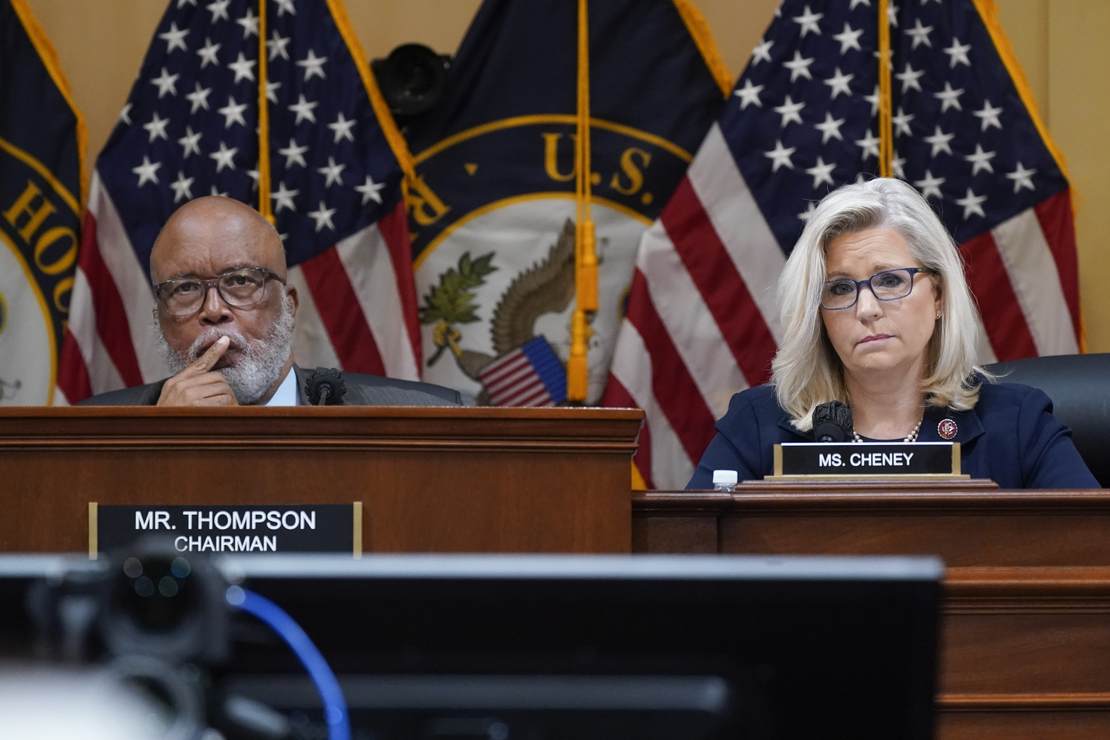 It’s been clear from the very start of their “investigation” that the Jan. 6 Committee was really just the Democrats’ latest witchhunt — a pretext for radical changes in election laws and the expansion of surveillance powers. But of course, the committee’s primary purpose has always been to prevent Trump from becoming president again. We know this because Liz Cheney admitted it earlier this year.

“I can tell you that the single most important thing, though, is to ensure that Donald Trump is not the Republican nominee and that he certainly is not anywhere close to the Oval Office ever again,” she said during a January interview on CBS’s Face the Nation.

The one-sided nature of the committee encouraged them to take serious risks, including manipulating evidence to support the narrative they were trying to push. When various text messages the committee released exonerated Trump, the committee doctored them to make them look incriminating.

Related: J6 Committee Members Claim They Have Evidence of Incitement. They Don’t. Here’s How We Know.

They thought they could get away with this because the committee was stacked with anti-Trump partisans handpicked by Nancy Pelosi. Every American ideal of fairness was thrown out the window for this one-sided show trial.

“Pelosi’s decision to shred the long tradition on balanced committees was a signature muscle play,” liberal law professor Jonathan Turley said a couple of weeks ago. “The Jan. 6 Committee was stripped of any pretense. It was as subtle as her ripping up President Trump’s State of the Union speech on the House floor. The committee can now deliver precisely what Pelosi demands: politics unburdened by process. The shame is that it could have been so much more if the committee were balanced and allowed a broader scope of inquiry.”

And we saw once again how the anti-Trump committee, concerned more with getting the results they wanted than the process, allowed hearsay testimony that was so absurd on its face that it was hardly a shock how quickly it fell apart.

On Tuesday, testimony from Cassidy Hutchinson, a former aide to Trump’s chief of staff, Mark Meadows, claimed that President Trump grabbed the steering wheel of the presidential limo and then lunged at a Secret Service agent — the word “assault” even came up — because he wanted to join the protesters at the Capitol.

The testimony was, however, entirely hearsay. Hutchinson did not even witness the alleged incident. Her testimony on this shouldn’t even have been allowed without a separate witness to corroborate it directly. And sure enough, it fell apart in hours.

“A source close to the Secret Service tells me both Bobby Engel, the lead agent, and the presidential limousine/SUV driver are prepared to testify under oath that neither man was assaulted and that Mr. Trump never lunged for the steering wheel,” Peter Alexander, the chief White House correspondent for NBC News, tweeted Tuesday evening.

Gabby Orr, a reporter for CNN (a network that proclaimed Hutchinson’s testimony a colossal bombshell) even revealed that Trump Deputy Chief of Staff for Operations Tony Ornato denies he ever told Cassidy Hutchinson that Trump grabbed the steering wheel or lunged at an agent. And that he and Bobby Engel are “prepared to testify that neither incident occurred.”

Tony Ornato is denying that he told Cassidy Hutchinson Trump grabbed the steering wheel in presidential vehicle on 1/6 or lunged at a fellow agent, a USSS official tells @joshscampbell. CNN confirms that Ornato & Enger are prepared to testify that neither incident occurred.

Despite the weakness of the testimony, the liberal media ran with the allegations, and it even made the front page of the New York Times, the so-called paper of record, on Wednesday.

The front page of the @nytimes today is entirely based on testimony that has been discredited. pic.twitter.com/wDUwsvco4g

The committee was too concerned with its partisan objectives to consider whether the testimony held up. As a result, they didn’t investigate or find a witness who actually saw the alleged incident, nor did they speak to those who dispute Hutchinson’s story, apparently.

Nobel Peace Prize Winner Pushes Amped Up Censorship on CBS Mornings
Ron DeSantis has a new book coming out in early 2023
Democrat Rep. Maxine Waters Praises FTX Founder In New Tweet
Man thrown over the side of a bridge after Chargers game in wild incident caught on video says his attacker has still not been arrested by police
‘Pelosi in the House’ Marks New Low for Media Bias