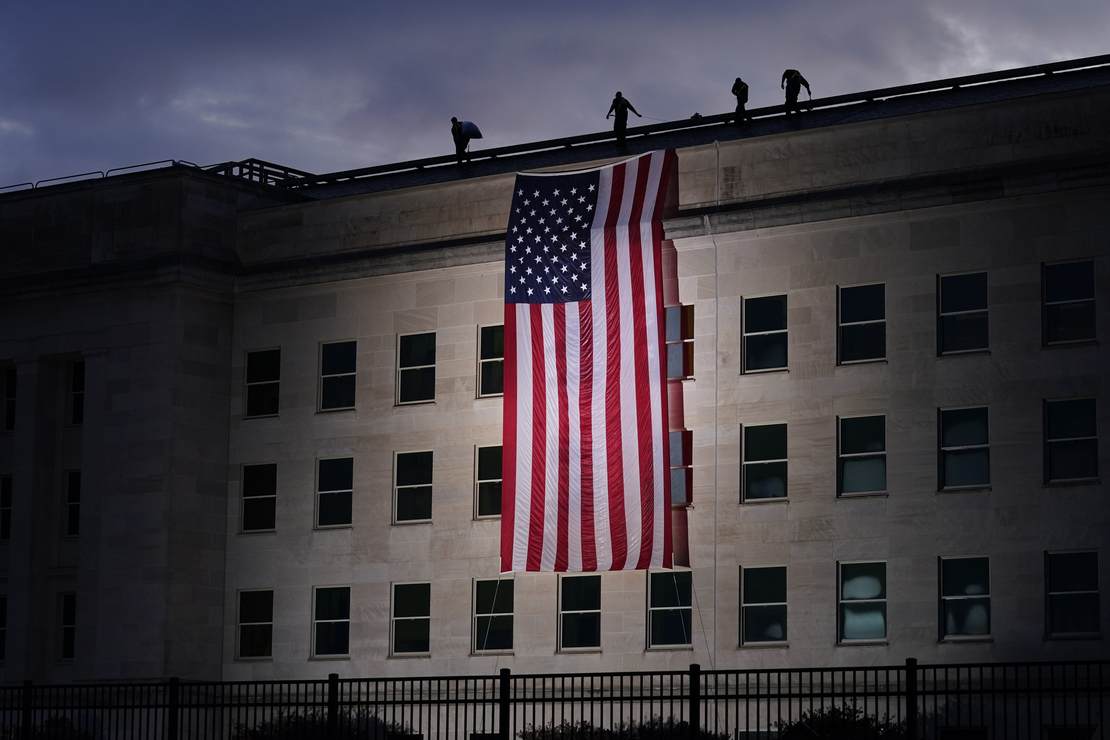 In the wake of the terrorist attacks on September 11, 2001, millions in our country responded with a wave of patriotism. Flags were up everywhere and we’d successfully shown our enemies that the American spirit can’t be easily crushed.

“The entire world has seen for itself the state of our Union—and it is strong,” President George W. Bush declared when he addressed a joint session of Congress several days after the terror attacks. He was right. A terror attack meant to crush the spirit of our nation had the opposite effect. In the aftermath of tragedy, American resolve was strong. But, times have changed. According to Gallup, pride in the U.S. has been declining ever since, and has reached its lowest levels since 2001.

It should come as no surprise where the decline comes from. Just as liberals are more likely to unfriend people on Facebook over politics, they unfriend America over political grievances. As CBS News observed back in 2020, most people still say they are proud to be Americans, but pride in America fell sharply during President Trump’s first year in office. Patriotism from the left is directly related to political forces. But, their level of patriotism isn’t just linked to presidential politics.

In the aftermath of Dobbs v. Jackson Women’s Health Organization, a chorus of radical leftists insisted that they wouldn’t be celebrating Independence Day.

“Joining women in solidarity wearing black and Not Celebrating the 4 th of July ,because it certainly is not a day of independence for us. It never was,” actress Rosanna Arquette tweeted.

“After what the Trump court did Friday what ‘independence’ are we celebrating on July 4? I don’t see how this country can celebrate ‘independence’ when you just f—ed over every woman in America,” novelist Don Winslow tweeted.

In California, a member of the Contra Costa County Board of Education even urged others to boycott Independence Day because of the Dobbs ruling. “I haven’t celebrated 4th of July since 2016 and I don’t think it’s a holiday to celebrate,” Avila Farias posted on Facebook. “What do you think?”

Is it any shock that someone who stopped celebrating America’s Independence after Trump was elected would call for a boycott over Dobbs v. Jackson? This is how the left operates. They don’t love America, they love their movement. America, in their eyes, is just a vessel for that moment. The Dobbs decision made no difference to them. They don’t have unconditional love for America. It is very much conditional based on how well they perceive their movement is doing. They’d sooner raise a BLM flag or an LGBTQ pride flag than the red, white, and blue.

Remember how in 2008 Michelle Obama infamously declared, “For the first time in my adult life, I am really proud of my country”? It was a telling statement because it revealed how this woman, who had been given so many advantages by living in America, only felt pride for her country when her husband was doing well politically. Her husband was no better. Barack Obama didn’t run for president because he loved America and appreciated the opportunities it gave him. Barack Obama ran for president because he wanted to fundamentally transform the country. He saw America as racist and exploitive, and infamously went on that shameful apology tour during his first year in office.

So, let’s not pretend that these voices calling for boycotts of Independence Day were patriotic beforehand. If your patriotism is dependent on politics, you weren’t patriotic to begin with. Republicans didn’t stop loving this country when Barack Obama was elected, or when Joe Biden took office.

Elite all-girls school in Nashville may soon accept biological males: ‘Any student who identifies as a girl may apply’
FDA expands monkeypox vaccine eligibility to include âhigh-riskâ children… HUH?
The CDC Is Compromised, Let’s Not Pretend Otherwise
CDC finally recognizes right of “individuals” to make their own health choices â no more forced covid vaccinations or quarantines
‘Licensed Professional Counselor and Sex Therapist’ describes pedophiles as a ‘marginalized’ and ‘vilified’ group, prefers the term ‘minor-attracted persons’